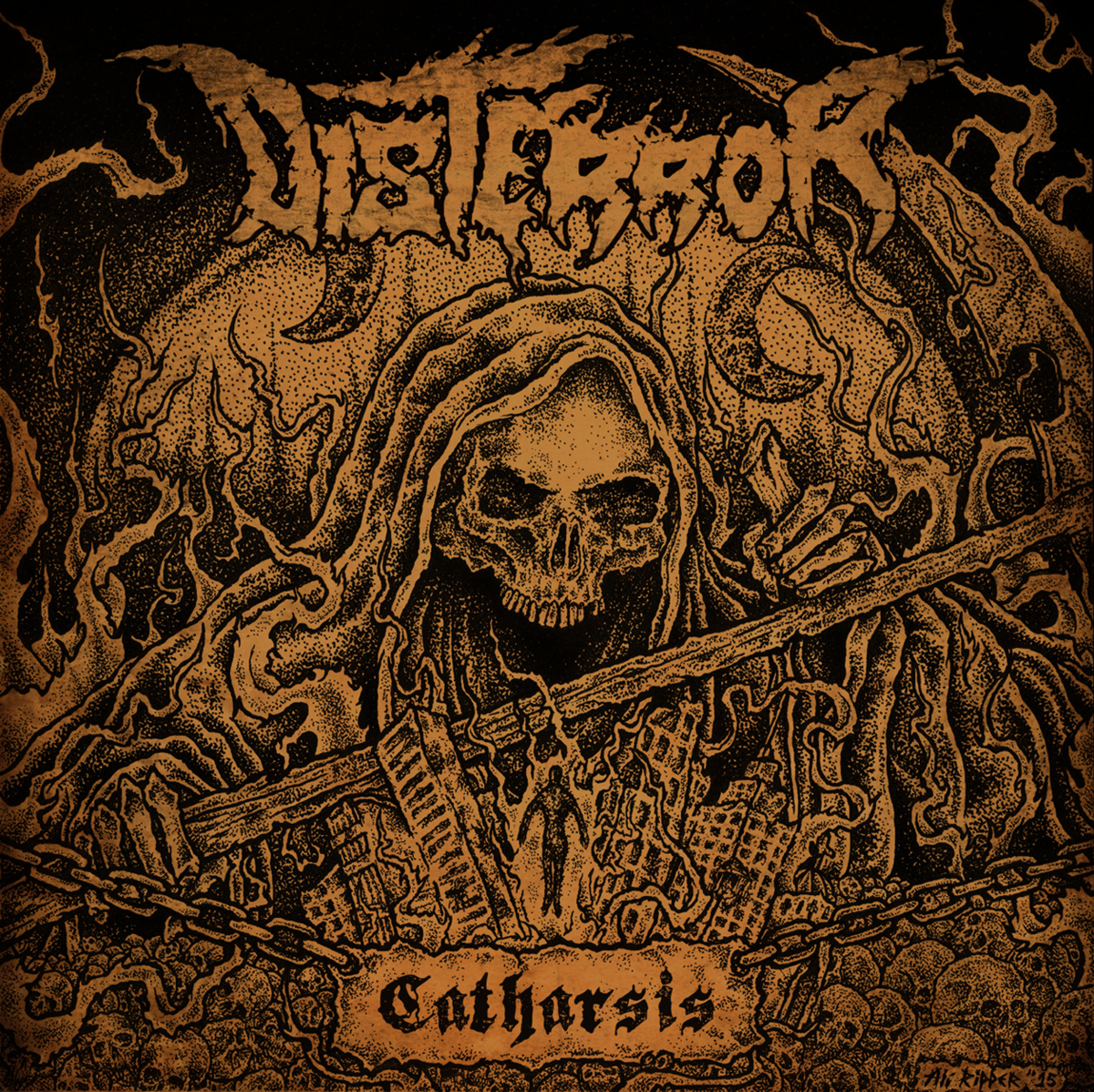 You can’t deny the rush of adrenaline you get when you hear a great crust album. The soaring melodies, the punishing palm-muted riffs, the aural filth, the desperation, the apocalyptic visions, the unstoppable anger and the seamless and constant blending of metal and punk is what makes crust so fucking magnetic, epic and undeniably appealing. So it’s always a moment of absolute joy when you run into a crust band that rules and when you hear an album like DISTERROR‘s Catharsis – a fucking adrenaline shot of an album that makes you just wanna fucking raise your fist to the air and start a fucking riot against the world, with their raging riffs as the soundtrack to your own personal war to unshackle yourself from society’s bullshit. Make no mistake – Disterror make no significant stylistic revolution. This shit has zero pretentiousness and shows no desire whatsoever to rewrite the crust book, rather following it quite closely, and that’s probably why Catharsis feels so goddamn classic. Ranging in style and influences from Amebix to Axegrinder, from Filth of Mankind to Doom, and from Deviated Instinct to Tragedy, everything about Disterror’s music is a constant weaving of classic sounds with their own embittered and war-injected visions.

While the influences coming from their sound remain unmistakeable and classic, you can also tell the band has poured a fuckton of their own personality in these songs. Disterror also hail from Cacun, Mexico, and if you listen to tracks like “Gilgamesh” and the title track, you will certainly notice clear Amebix influences being encrusted (no pun intended!) with obvious latin sounds, as if the band gave the songs their own twist, bouncing them off of their own cultural background. As you may have guessed, Disterror’s music is a fucking unrelenting landslide of filthy, palm-muted riffing extravaganza – just what the finest crust tradition calls for – but the band are agile and ruthless in infecting their riffs with many different foreign elements, raging from thrash, to death metal (Bolt Thrower, Asphyx, Obituary etc.) to black metal to post-punk, and even adding some Neurosis-ish more abstract post-metal shit in there as seen in the towering and closing title track.

While this band’s music remains totally definable and sticks to the tradition, what makes it stand out is the sheer personality that seeps through from these songs, and the way the band approaches the crust craft from a ton of different perspectives in each song, ensuring for a mesmerizing and shape-shifting listening experience, something that will greatly please fans of bands like His Hero is Gone, Iskra, Tragedy, Wolfbrigade, Agrimonia and beyond. Catharsis tapes can be grabbed now from Caligari Records, don’t sit on this album, war in sonic form starts here. 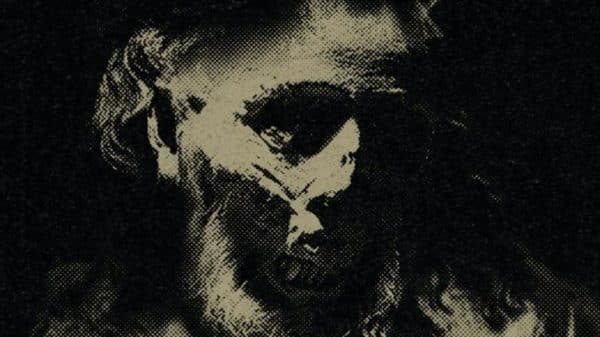