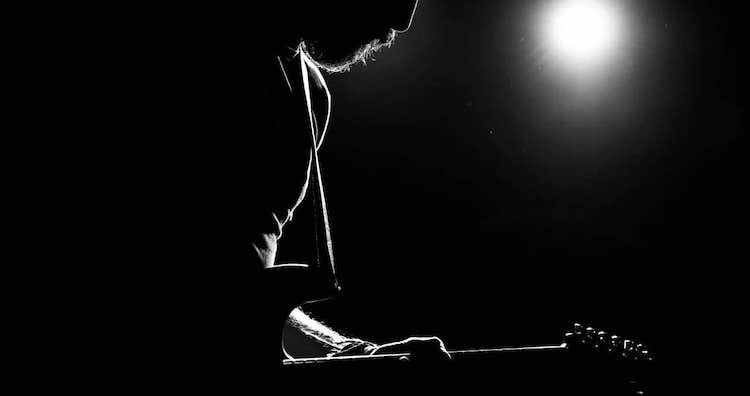 Photos and Text by Charles Nickles aka Kid Swinging

Leni once told me the best thing about driving was the road head.

“I used to love sucking Rodney’s dick when we’d go driving. There’s just something about a man behind the wheel that gets women wet. I don’t know if it’s a power thing or what but you really owe it to yourself to try it.”

Shit, I still don’t even have a license which is one of the principle reasons I still live in this big, dumb city (where am I going? Chicago?) and have to tremble the El Camino sleaze vicariously through bands like Sacri Monti who probably never set out to write any kind of wet dream hymns to stick shift bjs but sure do rock the greasy psychic blackdrop like a pack of interstate sodomites too high on grass and gas to care if they get off.

Which is kinda noble, really.

Life being all about the journey and all.

Well, all right then.

It appears we are no longer fucking around and that’s cool, dude.

To be honest, I kinda thought I was gonna spend this night in a slow, simpering frustration about what a joy it would be to just get high and let the long jams kick the soft pricks forever or, at least, until I fell, deaf and dumb, off into a fistful of leather but that shit ain’t flying for Maggot Heart.

This band is on some scorched earth, postpunk, deathrock shred that skips the weird in favor of the four-chord revelatory skull crack.

Or maybe I just cotton to the oddity ire of Linnéa Olsson and so her bleak angular polemics sound exactly like the hard, fast, FUCK YEAH rock and roll over you posersI needed tonight to get me out of the other and into the light.

Earthless is a jam band.

Inasmuch as I’ve (admittedly, casually) listened to them over the past decade that had never really occurred to me before tonight.

I suppose it would be more kind (and apt) to consider them a SoCal borderland psych born far too late to eclipse Sonic Youth’s (rightfully) glorious art fuckery at the Gila Monster Jamboree with some wild, blind dustmouth three-hour freakout the likes of which would be wholly unsurpassed for decades and routinely (also, rightly) paraded as wonder by Richard Metzger every other month until the internet dies or Eye drives a bulldozer straight into the UN for reasons even he doesn’t fully understand.

Some girl just threw up on my boot.