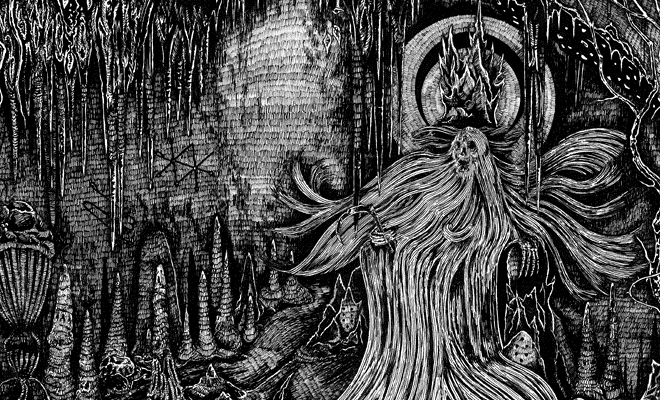 Remember when the second wave of black metal bands dominated the sub-genre with a barrage of cold, dense annihilation, and when melody was used to catalyse and define the extremity of the music? One Master are here to help you remember.

Formed in 2002, the American quartet’s two previous full length releases marked them as rulers of all things Stygian and dissolute, yet with Reclusive Blasphemy the band deliver a statement of intent that truly reveals their capabilities. Gone are the unkempt sounds of 2006’s Forsaking a Dead World and the muddy, downtrodden miasma of 2009’s The Quiet Eye of Eternity; an almost entirely new lineup has been assembled in the six year interval as One Master enter a new phase of existence, and consequently, the band have emerged firing on each and every cylinder with Reclusive Blasphemy. Founding member Valder has not only brought his preeminent project back to life, but with the arrival of Messrs Blood Eagle, Black Wolf and Doctor Messiah (drums, bass and guitar respectively), he appears to have also brought a fresh perspective and a newly found hunger for flagrant, thrash-soaked black metal. The production is lifted out of the mire that encompasses their earlier releases and yet it manages to grasp for dear life onto each instrument and coat them in rust and blackened bile.

The music has an old school, boisterous rock’n’roll feel to it, immersing itself in raw punk aggression whilst laying its roots in the most blasphemous of the band’s European counterparts. The unremitting extremity becomes almost suffocating; abrasive opener ‘At the Hour of Saturn’ paves the way for the ensuing half hour of gruelling aural punishment as it shifts between Blood Eagle’s impenetrable percussion and Valder’s distorted screams; the band visionary himself could be pulling barbed wire from his throat as he spews forth his reverberated cacophony. One Master have their feet firmly in the twenty first century, however — the touches of tar pit ambience and occasional post-metal soundscapes adorning the songs like parasites clinging desperately to their host — the album’s title track providing the strongest divergence before returning to the blackened bravado that is so prevalent within this release.

The music stops for nothing, bar its own doom-coated spells, with ‘A Cursed and Dismal Mind’ slowing to a mid-paced crawl amidst a sinister two-note riff. There are brief moments of respite but the vast majority of Reclusive Blasphemy resides in a place of unequivocal ferocity – even when ‘Intolerance’ slows down from its bombardment it ushers in a gigantic riff that dominates and overwhelms.

With the grating gall of Gorgoroth and the old school belligerence of renaissance era Darkthrone, One Master plough through seven minute songs without blinking; the unfettered execution at times is just plain nasty. Despite nods to some of the second wave European greats this is unquestionably American black metal, yet from the brazen, monochrome artwork alone it’s clear that this is no clandestine walk through abstract landscapes full of trepidation and lingering melancholia. Reclusive Blasphemy is loud and confrontational, sinister and severe, with songs as unrelenting as they are masterfully crafted. If you’d forgotten what it was like to be subjected to music this ferocious and all-consuming, One Master are here to remind you. 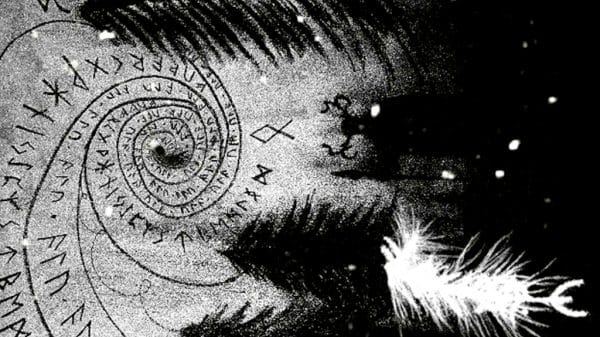 Ready to fall into the pits of Hell and crawl on your knees to worship at the Horned God’s hooves? Then hit play on...