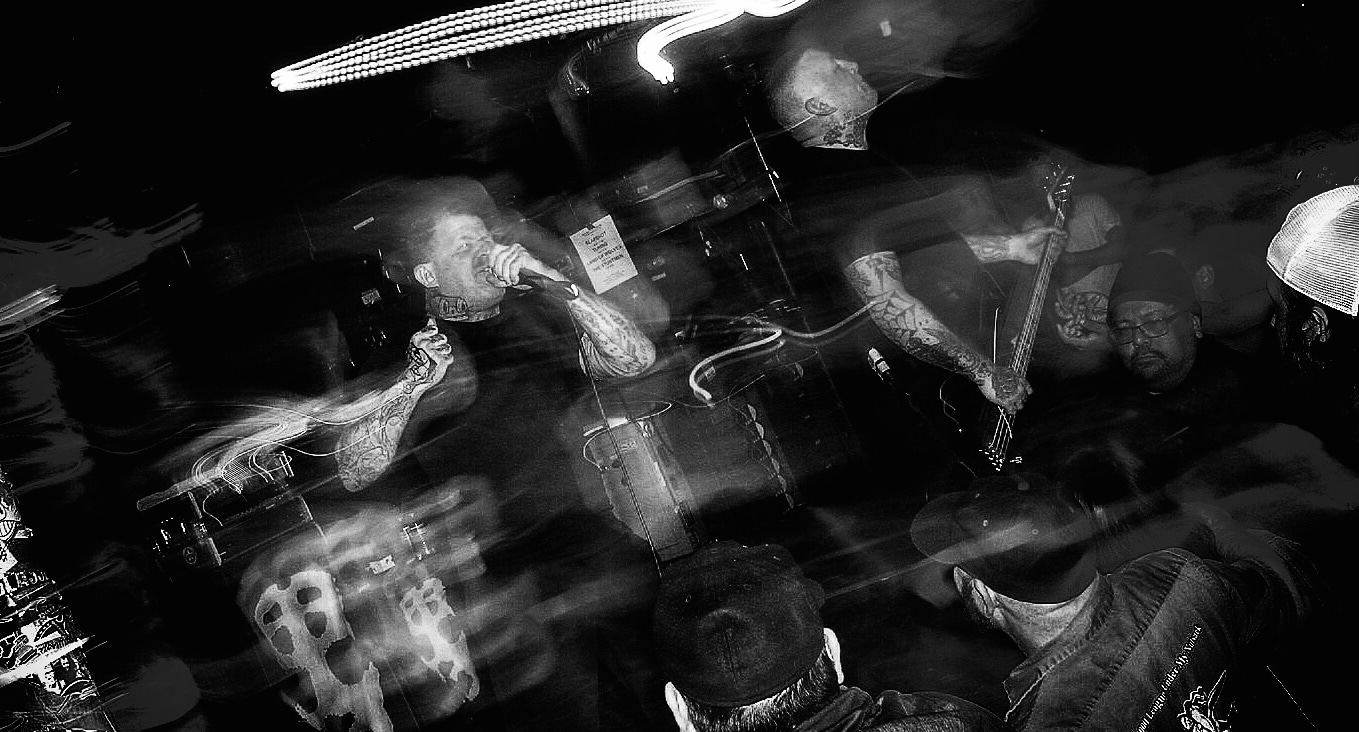 Jack “Choke” Kelly (vocalist) and the rest of Slapshot pounded their way through over a dozen songs in Seattle recently. Kelly was joined by Corey Koniz (drums) Ryan Packer (bass) and Dom (guitarist). The Seattle stop was part of a West Coast swing to celebrate Slapshot’s 35th year as one of the best hardcore punk bands around.

The pictures capture the energy of their performance and the obvious feelings of excitement the band and crowd felt. If you get a chance to see them, don’t miss it. Slapshot will be playing at Hellfest in France as part of a European tour in the Spring/Summer.  They are planning a Boston show in September for their 35th anniversary.  For now, check them out on the remainder of their west coast dates below: