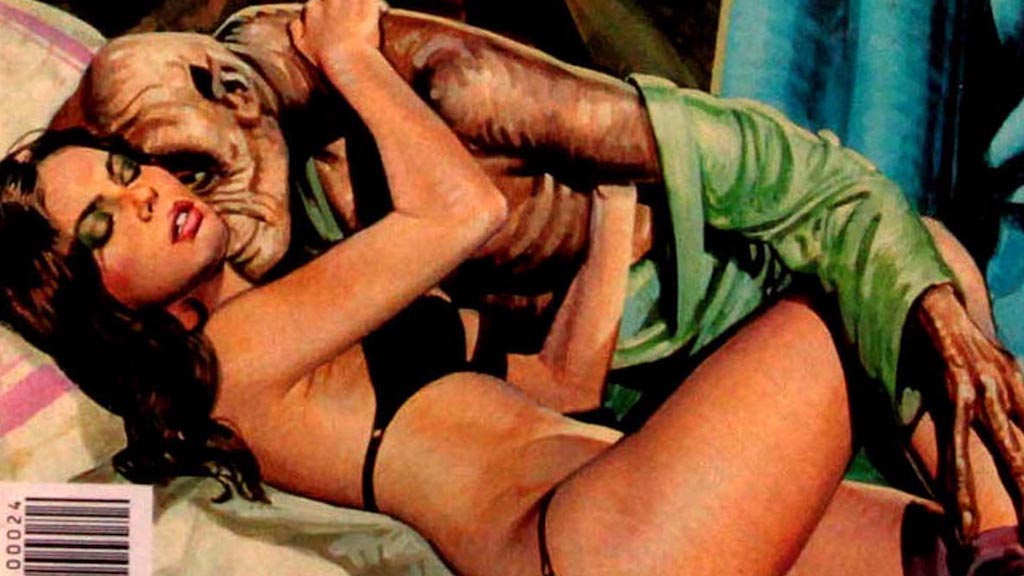 These Italian adult comics for the discerning gentlemen were popular in the 1970s and 1980s. Fumetti featured under-dressed women being menaced and molested by men – robot men, perverted men, alien men, dead men, men with beards, mummified men, men with knives, and monkeys. We’ve compiled a gallery of the covers, which are all beguiling, horrific, peculiar, over-the-top, ultra-lurid, and laced with an uncomfortably misogynistic vibe.

Fumetti is just the Italian word for “comic” (“fumetti” literally means “puff of smoke” which resembles the speech balloons found in comics).

These are comic books that would make Caligula feel uncomfortable. Even the Marquis de Sade would feel guilty and ashamed after reading these things. Alistair Crowley would say they are “just wrong”… do you get my point?

And yet, we love these sick little pulps from Italy. Sure, the stories and illustrations were perverted and debased, but there’s something worthwhile in this “trash” if you give it the benefit of the doubt.

Life is sometimes extremely graphic in its gore and violence – ask anyone who’s been to war, or your local homicide investigators. Life is sometimes explicit in its sexual nature – ask anyone who’s ever had sex before. Well, the fumetti of the 70s and 80s weren’t afraid to exist at that level. Any horror movie you’re likely to see will never dare to be as hardcore as real life can be – they will always take a few steps backward away from the horror that is inherent in reality. Not the fumetti. Indeed, the fumetti went there and, just for the hell of it, took a few more steps into the darkness.

In this article:comic, Fumetti, italy