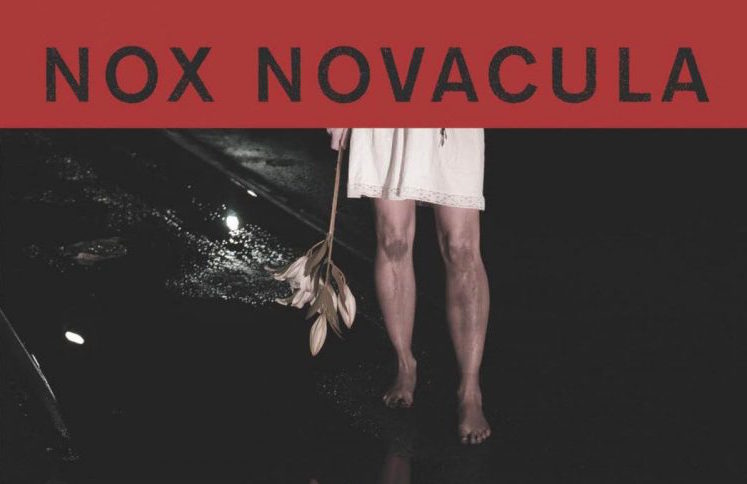 One of the greatest sources of inspiration when following a band through their inception on to bigger things is when you see a group venture into uncharted waters. Experimentation is how we got to where we are as a musical world. Just think if we got stuck covering Beatles songs for all of eternity or never navigated our way out of beating the minor pentatonic to death. Growing and changing for the better is a quality that I likely place higher than any other, whether it be in music or any other aspect of life.

In doing just that, Seattle’s Nox Novacula deserves an assured amount of cross-over esteem. At their birth, the young cadre’s sound was a massive and genuine straight up death rock. The songs paced that perfect line of predictability and spontaneity and they did it all really well. But, as opposed to calling it a day and covering their own songs ad infinitum, they branched the fuck out. March 23rd will see the release of their first seven-inch and an accompanying digital EP release entitled Hitchhiker/Drug.

In just these two tracks alone we’re taken through a decidedly more dynamic narrative that sees quieter, foreboding intros offset by desperate, frustrating choruses. The second track “Drug” immediately sets us off with a 4-on-the-floor kick and clap beat, rapidly presenting a thick bass buzz synth riff before flowing into a distinctly post-punk guitar lick. Boots and cats meander with a less aggressive new wave feel, as resident howler-in-chief Charlotte accompanies the melancholy with lines like “The strength in letting go.” Although keyboardist Dav Tafoya’s tongue-in-cheek shirts famously read Death to False Death Rock, I now dare say the ensemble has transcended this limiting title and is more deserving of a mutable, widespread and vivid example of a diverse post-punk.

Presales for the album are available here and don’t miss their upcoming tour detailed below.

All seems to have been quiet in the Seatlle punk scene in last few years save for a refreshing tidal wave of feminist pop-punk....