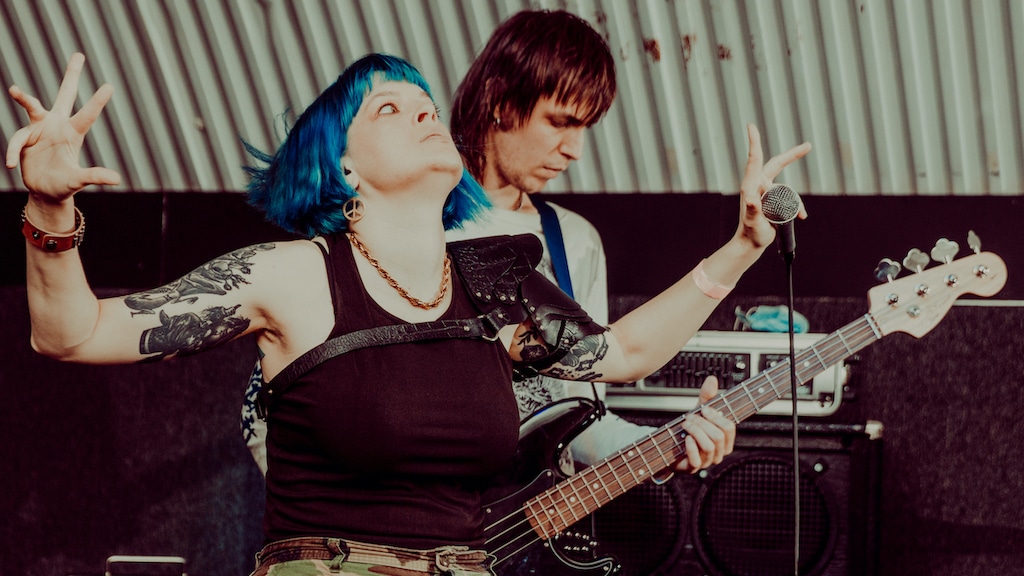 If y’all don’t know, now you will know that the GAME record Legerdemain out now via Quality Control HQ is straight FIRE!!! Check out this rad and thoughtful breakdown of each track from Jonah and Ola from GAME!

Jonah: Key to this song was finding the right tempo. All of our previous material was really pushed in terms of speed and this one required a bit more diction from everyone to get the most out of the tunes. It has the sort of rollicking Venom/Motörhead head touch we’ve been gunning for.

Ola: This track introduces the main theme of the whole record, which is the current state of our post-truth society leading to some sort of end, and perhaps a new beginning. In our global society nothing is as it seems, and orchestrated lies are the norm whether it be election campaigns, government statements, large private companies working behind closed doors, data manipulation and mining by technocracies etc. I used the term legerdemain, a French word used by magicians which means slight of hand, as a metaphor for what politicians and private enterprise do to create a bewildering world full of chaos in order to achieve the ‘magic trick’ where socio economic inequality continues to thrive. I was very inspired by Adam Curtis’ new documentary series Can’t Get You Out of My Head: An Emotional History of the Modern World.

Jonah: This was a fun one to write so we could exercise a little early thrash energy. The intro is a cheeky hybrid of Haunting the Chapel and Epidemic leading in to some kind of mid 80s European hardcore thrash. The middle 8 is something off of an Execute record and we had a lot of fun making those choral guitar harmonies and ludicrous solos. The vocals in that middle section as well have an especially tormented quality which lend themselves to the over the top drama of the plodding and hysterical riffing.

Ola: This one explores what it means to be human, and whether we are able to move past our ability to hurt others, or not, and whether as a result we are doomed. I guess over my years of being into hardcore punk the discussion of what is our place in nature has come up often.  Why are we one of the few species to hurt each other and this planet. What is humanity’s future?

Jonah: This is the closest approach to what Game has always done in their music. Up tempo references to Burning Spirits style but with Game’s twist on it. I think the standout of this song is the nonlinear breakdown at the end — again taking influence from CROW musically with the haunted choral vocals creating a solidly harrowing atmosphere.

Ola: I was 2 years old when the Chernobyl nuclear disaster happened so I don’t remember anything except what my parents told me later.  They and I were in the UK receiving one set of information from the news, and the rest of my family were in Poland receiving a different set of info about what was happening. Nuclear disasters no matter where and when they occur seem to trigger a lot of mystery and misinformation, so this track comes back to the legerdemain theme of the record, with deadly consequences, as the ‘circus of idiots’ chase their tails.

It also combines the theme from the second track asking the question about whether our very nature is flawed, referencing a few sci-fi films and books that delve into this and explore ‘atomic reconstruction’. I guess I enjoy using metaphor and I like to paint with a big vague brush so people can interpret as they want whilst also going on some sort of fantastical journey. Being a sci-fi nerd this is my comfort zone haha, for example on our previous release one of the tracks had lyrics that simply were about Isaac Asimov’s Foundation universe. This isn’t anything unique, Sacrilege lyrics love to reference Lord of the Rings.

Jonah: Drum wise this I am trying to play as tight as I possibly can to create as explosive a backdrop as possible for the band. Finding a way to play busy parts that match the riffs without taking away from the momentum was a challenge but it’s all hanging well. The solo is the standout in this song which sears along at the perfect clip without landing in too familiar territory riff wise. Hair metal energy with filthy results.

Ola: Keeping with the main theme, the character of the jester arrives on the scene. Jokes are powerful in that they have both contributed to massive political change through satire, as well as kept the masses distracted or satisfied that they can laugh at the government whilst nothing changes and dangerous people are allowed to continue to harm others. It’s a powerful tool. Boris Johnson (UK Prime Minister), plays the silly oaf that fumbles over his words, makes people laugh with a silly unkept hairdo, an act that makes him out to be some sort of harmless idiot, whilst actually being a racist homophobic fascist responsible for the deaths of 100s of thousands of people. People don’t want to face the truth of him, and instead just want tea cups with the queen’s face on it and bunting and cake.  I guess I mostly had Boris in mind when writing these lyrics but it can apply to many if not all in power currently. Certainly in the UK.

Jonah: Game once again utilises it’s best trick, the reverse breakdown. The crushing outro was a face to try and perfectly perform at the right level of drag in the tempo. It had to resemble something slower than what average hardcore would produce, but fast enough to keep the energy with the rest of the song. The Roman Arena-esque backing vocals, like being berated by a tribunal of your peers about to sentence you to life in an oxygen-less vacuum is a nice touch to this one.

Ola: This song has a few themes, pretty to the point. It’s about bullies, police, and surveillance as tools of tyranny. I thought The Shard building in London, that is supposed to resemble a shard of glass and overlooks most of London, was an interesting symbol to use for tyranny, both physical and psychological. At night the top of the building has a flashing red light that wards off planes to signal it being there for pilots to see, like a lighthouse in the sky. However it just makes it look even more ominous and terrifying.

Jonah: When Ola was tracking vocals to this I think we were trying to go for some kind of Terminator 2 meets Soylent Green type of blissful nihilism. It’s a nice callback to the LP where Ola was able to do some experimentation with keyboards, field record, and found sound. It’s a challenge to mix stuff like this and make it sit alongside a typical band arrangement but I think the alarming and unsettling vibe of this closes out the ep in a strong way.

Ola: I wanted to give the record an ‘end’ both musically and lyrically. It has harmonised chanting that is being sung by a ‘licho’, or plague maiden, watching a nuclear bomb approaching where she stands, singing the last song of humanity. I wrote all the lyrics during 2020 but this was written later in 2021 when the pandemic was coming up to a year. Make of that what you will. 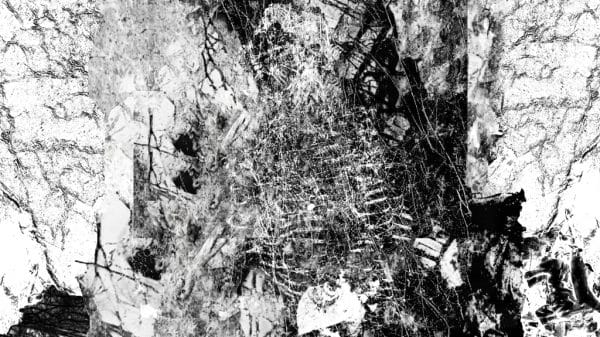 The third official full-length album from sonic terrorism entity Vessel of Iniquity is upon us and today we’re excited to share with you in... 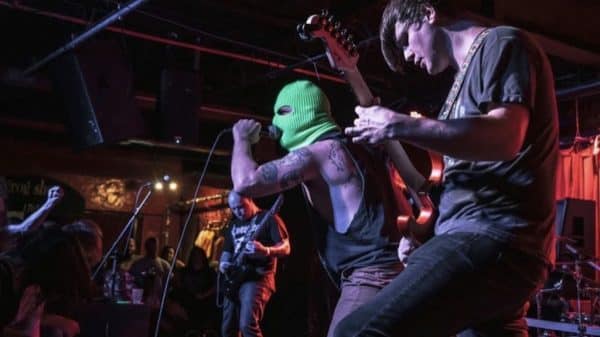 We’ve all fallen in love with the unattainable, and sometimes it takes some death thrash groove to snap us out of our eternal longing!... 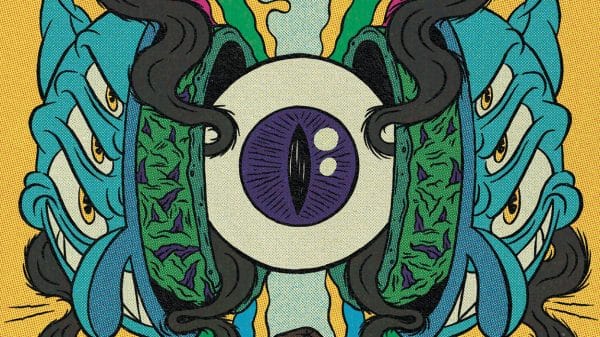 TF the new TONS album HASHENSION is fucking FIRE! I don’t even smoke weed anymore but listening to this record makes me want to... 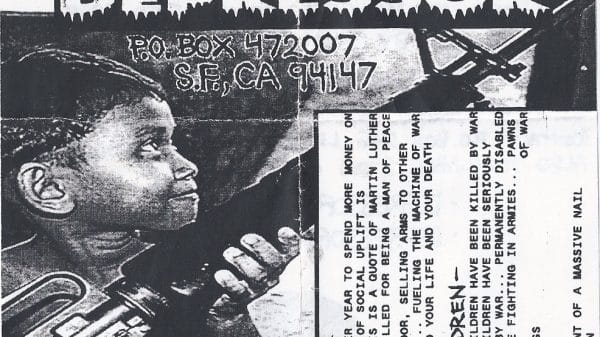 So So Brutal! Free Download: DEPRESSOR’s War Whores + 4 // Some Hit Back

Straight up, 90’s DEPRESSOR rock my motherfucking world! Every release I have from them is a classic because they created music without boundaries. DEPRESSOR...