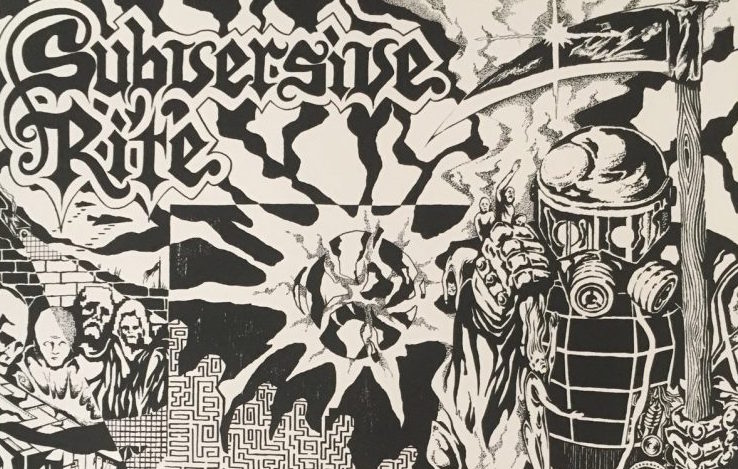 The world of music is moving at the speed of sound, so I decided to share with you some of the DIY Hardcore Punk and D-Beat releases that have my attention right now!

Wow, this Japanese band has totally pushed my wig back with their spot-on Rudimentary Peni worship. That being said, Gouge bring something new to the table which really makes me want to hear more from them!

Singapore’s hardcore punk band FLUKE is back with a new tape called Holocene Extinction that is out now via Pissed OFF Records. This band fucking rocks hard and I love their urgent call-to-arms anthems!!!

MURDERER – I Did It All For You

What do we have here? I think this might be one of the best releases of the past 5 years, because it’s so catchy I don’t mind if I die at the hands of this record! Every song on Did It All For You is a fucking winner. MURDERED has the skills to write anthems like no other!!! Respect due to Toxic States Records for putting out this kick ass offering!

Unholy fuck, this band is so, so good and this collection of tunes is fucking beyond epic! ZODD is also from Singapore and bring the pain straight up. You can get Operationally Ready Dead on tape from Piss Off Records or get the vinyl from LA VIDA ES UN MUS DISCOS. Every second of this record is the BOMB!

Now this record is so powerful it needs it’s own universe of rage and fury. SUBVERSIVE RITE needs to be recognized as one of sickest D-Beat bands doing right now! With Songs For The End Times they have delivered one of the most important records this year. Respect due to BLOODY MASTER RECORDS putting out a record that will be in our collection one day and that we will pass down to our daughters.

This band’s 7 inch is a must have for any underground punk fan! Now let me tell you why – because they write the kind of songs that make you want to punch authority in the mouth and kick oppression in the nuts! Tashme’s new record is out now via our comrades High Fashion Industries.