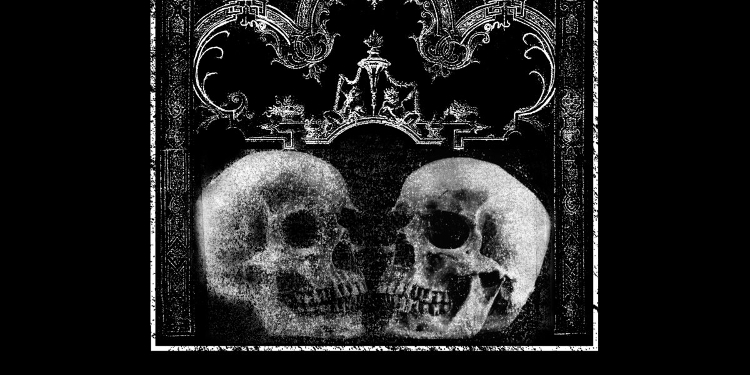 Some years ago, we all mourned the passing of an amazing band we all loved: the Bay Area-based black/thrash band Dead Mean. R.I.P…. If you missed this incredible band, check out our old features we did on them here and here, and you can also check out their only publicly available release, their incredible swan song EP/cassette titled The All Too Well Known here. Dead Man were a true force to behold. Their recordings still stand today as some of the most wretched, dark, and scary black metal to have ever been put to tape in the Bay Area, and their live sets were an infamous and unforgettable display of abject belligerence, psychosis, lawlessness, and complete human collapse.

But death is a mere becoming…. What dies simply comes back under new form, and that’s why we’re fucking stoked to learn today that after several years, 4/5 of the guys in Dead Man have resurfaced with a new project called Funeral Chant, which is – of course – just as fucking spectacular, if not even more awesome, as Dead Man was. Funeral Chant are comprised of the entire final/original lineup of Dead Man, minus their singer (vocals are now handled by guitarist Voidbringer), and with former bassist Doom of Old now handling guitars, and former Dead Man guitarist Vomitor switching with him and now handling bass. Essentially the core of the band is intact and their unchallenged force preserved.  In fact, you can clearly tell that within the dark and unsettling chaos of Funeral Chant‘s music there is a strong alchemy going on, and that a primordial fire burns bright within this band, shaping music that is refined, sophisticated, yet incredibly lawless.

Coming to life through a lo-fi, raw, and disembodied recording quality are six songs which harness immense destructiveness and which are yielded by primitive and evil intents. As soon as you hit play on this fucker, the EP instantly charges forth at reckless speed literally assaulting the listener. This is virulent blackened thrash of the most wretched craft – a swirling and murky hell of blind abjection that simply refused to recede or come to its senses.  You can hear the echo of early Slayer (Hell Awaits and Show No Mercy era specifically), early Mayhem, early Gorgoroth, Celtic Frost, Bathory, Venom, Mortuary Drape (noticed their logo?) Kreator, Sodom and Destruction collide into a chaotic and formless massacre of swarming hatred. Tempos are usually locked into breakneck speeds, with lengthly rampages of blasting drums and shredding guitars designing passages of inhuman aggression and of scathing hostility, with the band constantly restless and nervously moving forward, headed straight for a reckless and full-frontal collision with the listener which will know no mercy nor sanity.

Funeral Chant‘s music however is not only made of speed and negativity. There is some serious musicianship shining through the slim crevices of tightly woven chaos they summon, with many passages materialized through insane tempo changes, ripping and unpredictable rhythms, and dueling guitars that design astonishing solos battling each other for complete domination – just as you’d see in bands like Merciful Fate or Judas Priest. Overall, Funeral Chant‘s is spectacular and timeless music which shows an admirable adherence to an ancient and glorious tradition as well as a modern and very personal approach to creating highly hateful, raw, and antihuman heavy metal. Funeral Chant‘s debut EP represents a truly glorious return by some seriously talented people which have been away for way too long and which needs to be celebrated with undisputed reverence. Get this awesome bastard tape straight from the band. As a final note, Funeral Chant‘s Voidbringer and Vomitor also play in Bay Area black metal sociopaths Hallucinator – check out their shit here.