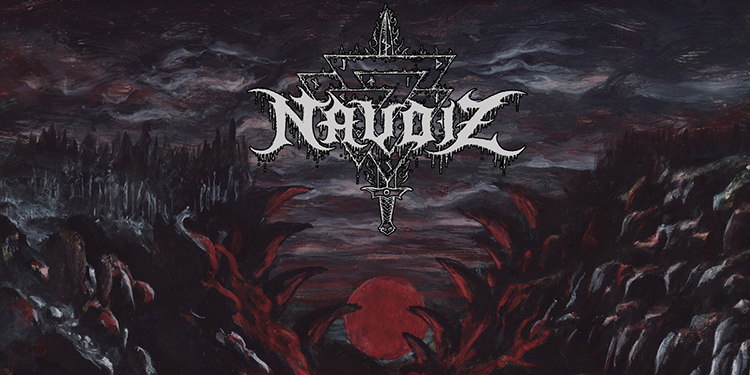 Classic second wave black metal comes a dime a dozen, but the band Naudiz exemplifies the more intense, brutal style. Tremolo-riffs rip for long segments, slowing down to let downpicks pace slower sections, but the band is notable primarily for the frequent use of mid-tempo punk groove.

Iron Bonehead Productions wants everyone to remember just how blissful nineties black metal made us, and if Naudiz is just the first of many bands they hope to dangle in front of crowds, then black metal is looking up for the better. Naudiz’ brilliant Wulfasa Kunja seems to profess a love for wolves, the animal most notoriously analogized with black metal.

That’s an understandable occurrence, as wolves hunt in packs quite like bands tend to show up in numbers more often than as duos or one-man-bands, besides being predators of the northern woodlands, the stereotypical setting for black metal of many sorts.

The songs on Wulfasa Kunja are short. Every so often, the band begins with the mid-tempo punk groove, while often times play it in the middle of a track as is traditionally played. Naudiz execute their performances with raw vigor. They don’t sound like they’ve polished up the band’s sound excessively, featuring sheen and clarity too clearly associated with mainstream bands. Naudiz’ guitars have that heavy fuzz similar to Mayhem guitarist Euronymous’ preferred choice of effects. The drums are not altogether lost in the mix, as they can still be heard double-kicking in transitions. Turn up the subwoofer if the beats sound like dull thuds instead of the comparative stampeding of wild horses wearing steel hooves.

Naudiz storm through the set of songs on the album. The vocals are perfect for the wolf analogy, sounding more guttural than outright screechy. The riffs don’t just headline the album’s list of credits. All fronts are manned properly for their contributions – bass adds burgeoning weight, vocals roar with primeval violence, drums keep bludgeoning pace. And while the fuzzy guitars are in front of the mix, you never get the feeling that they are all there is to enjoy in the band’s music. Well produced in that case, Wulfasa Kunja is perfect for the discerning underground black metal fan still in love with black metal circa second wave.

It’s over before you know it. Another listen isn’t out of the question. Repeat listens hold up well, in spite of the familiarity of the style. Every so often, a second wave black metal styled album sends the moshpit moving like it once did for Emperor and Darkthrone. Naudiz carry on this tradition with a good effort in Wulfasa Kunja. Stream this now!