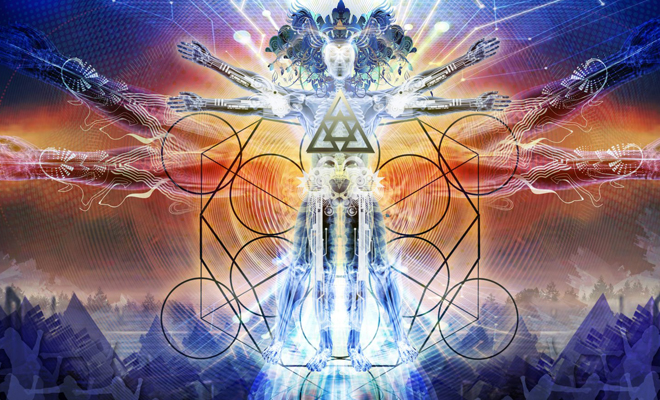 The interest in Musical Shamanism is unwavering, thanks to all of you who decided to support the idea. Throughout the past several weeks, I received some very interesting questions through social media sites, and some of them, I think, deserve public answers. I’ve chosen the ones that aren’t directly answered in the book because obviously, there would be no point in reading the thing if I just said everything here. Some of these are pretty personal, but I don’t mind. I’ve chosen to answer them for transparency’s sake – I’m not the kind of person who admits something on the Internet and then shies away from ever talking about it. Here we go, these I found the most interesting.

Q: Is Musical Shamanism a religion?

A: Let me put it this way – if there are people in the world who believe that their afterlife depends on some not-exactly-historical dude who could walk on water like a ninja and then turned into a zombie and told his friends to eat him… Hell yes, Musical Shamanism can be a religion. It doesn’t have to be, though. It doesn’t tell you to worship anything, nor does it give you any points to follow. It’s just pointing you in a direction, like “check this out, here’s this thing – perhaps you’ll find something amazing and awesome if you take some time to take a closer look”. Sure, it’s mostly directed at musicians, but you don’t have to be one to get the message. If you think about it, Musical Shamanism has been around since the dawn of mankind. Nothing new, just put in contemporary shape.

Q: Do you play in any bands? Where can I hear your stuff?

A: You will be able to hear my new stuff once I get my hands on some decent equipment. I don’t want to share my old recordings, because those are from another life, a closed chapter. No, I do not play in bands, and I don’t play live. Being in a band requires compromise. I can compromise on pretty much everything, except music. If I’m going to put my name on something, I need to be sure that it’s 101% the way I want it to be. Some cats just don’t get that. Even if I release something that’s bad, it’s my own mistake, and I’m free to make as many as I have to. Being in a band also requires getting along with people. I don’t like being forced to act nice. That’s also why I don’t like playing live. It’s hard to make a stage show work when you’re just one person playing all the instruments. I sometimes agree to guest spots at shows, but I generally don’t like being around people. The perfect live show for me is an online live stream. I plan on doing these weekly later this year. It’s the perfect setup – you get to enjoy the music from your chair and through you own sound system, and you get to see what it looks like from the first person perspective.

Q: Your articles on CVLT Nation are mostly about Poland. If it’s really like that, why don’t you just move?

A: I write about Poland because there’s nothing more I can do about its situation, I can just let people from the rest of the world know how bad it is. Even though Poland is like a prison (with torture) for me, I can’t just move away, and there are two reasons for it: 1) I can’t afford to move anywhere I would be comfortable and accepted, and 2) I was born here, and as ridiculous as it might sound, I think a person should be able to live happily in their country of origin. I actually believe that the worst thing that ever happened to Poland was that it regained independence, and is now governed by Poles. They’re not suited for the job in any way. They don’t know how to live in a democracy, so they think they only get elected to steal as much as they can during their term. Poles in general lack discipline when it comes to doing something for others and not themselves. I want to stick around as a statement: I’m not gonna leave here, until you make this country livable. Doesn’t matter if nobody cares. Maybe one day someone will initiate real change, put an end to all the hatred, discrimination, hate crimes, and injustice.

Q: Are you an atheist?

A: No. I have a belief system and I follow it very strictly. I’m listed Buddhist by the Vital Records Agency. The problem with Christianity is not that people believe in Christ, but that it’s essentially on par with imperialistic ideologies, such as fascism. In Poland it’s either you’re with us, or we will destroy you. The case of this Chazan motherfucker is a prime example, especially with how militant his followers got. The same goes for the Catholic protests against a theatrical play called “Golgotha Picnic”. Can you believe the top subject of news in Poland was some very mediocre play, just because some radicals decided to riot in front of the theater because of it? Come on…

Q: So what kind of music do you listen to in your own time?

A: I come from the blues guitar tradition, so I’ll listen to pretty much anything with guitar in it. There are these two sides of my musical taste, one of them craves dark-sounding drones and noisy ambient, and the other just wants to listen to blues guitar all the time. It’s this division that lets me appreciate very different styles of music. I believe progress in music can only be achieved by drawing influences from the musically opposite extremes. Creation requires influence.

Q: Is there going to be a companion record for the Musical Shamanism book?

In this article:interview, musical shamanism