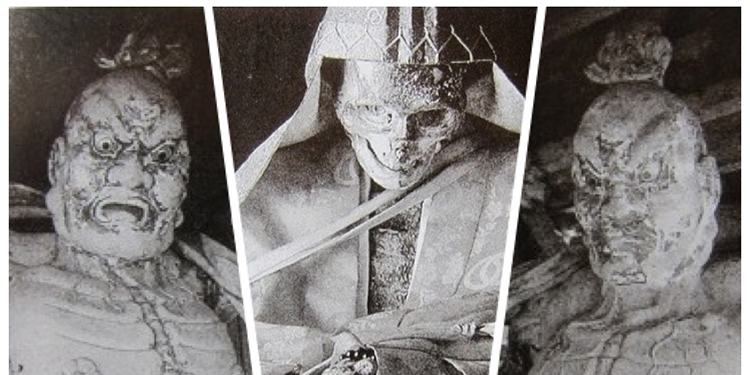 Human beings have always striven to understand the mysteries of ourselves and our universe. We’ve found millions of ways to acquire this knowledge, but the ones who actually claim to have found it usually fall into two categories: religious or scientific. Religion can be both a set of beliefs and mores and a way of life, and Buddhism has married the two like no other major religion has. We’ve all become familiar with the fact that meditation is the key to Buddhist enlightenment, but what in the west is something to clear our heads and help us reveal The Secret, in the ancient east it was something that could be taken to unbelievable extremes.

Sokushinbutsu is the practice of self-mummification through diet and constant meditation, and there are more than two dozen mummies of Japanese monks who allegedly attained their uncorrupted state through it. It represented the ultimate in Buddhist belief, the self-denial of even basic sustenance and physical movement. It was a part of Shingon Buddhism, and involved a strict diet that lasted for 3,000 days and was meant to prepare the monk’s body for death and preservation. The only food that passed their lips for the first 1,000 days were seeds and nuts, with a small amount of water – meant to purge the body of all its fat, which would otherwise corrupt upon death. As the monk became increasingly emaciated, over the next 1,000 days they would drink urushi tea, made from the toxic sap of the  Toxicodendron vernicifluum tree, which was also used as a lacquer for pottery because of its ability to repel maggots and parasites. They would also only feed on roots and pine bark and needles, in an even more extreme version of their previous diet. The final stage of the process involved sitting in a living casket of sorts, either stone or pine, and meditating and chanting constantly, breathing through a tube, and ringing a bell to indicate that they were still alive. Once the bell stopped ringing, their comrades would know that they had finally passed, and would seal up their casket for the final mummification process.

This horrific experience lasted for up to 8 years of the monk’s life, showing a complete and total dedication to enlightenment. Rather than being seen as suicide, it was seen as the ultimate devotion to the teachings of the Buddha. Today, there are shrines in Northern Japan that feature these mummies, some of which are pictured below. Having seen some of the Buddha statues featured in Hollywood Hills backyards, I can only laugh at the insane disconnect between the religious ideals and the modern day western manifestation. Why Did Seventeenth-Century Europeans Eat Mummies?

via: Res Obscura In a previous post, I touched on the phenomenon of “cannibal medicine” in early modern Europe. It turns out that it was... 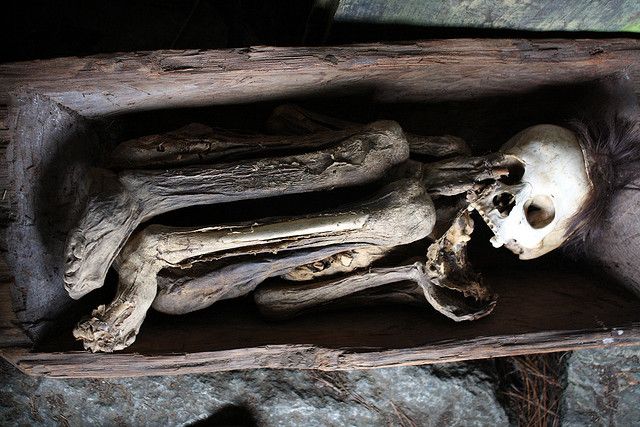 People Jerky… The Fire Mummies of the Philippines

When I normally think of the process of mummification, I picture the old Egyptian-style pulling the brain out through the nose technique – which...