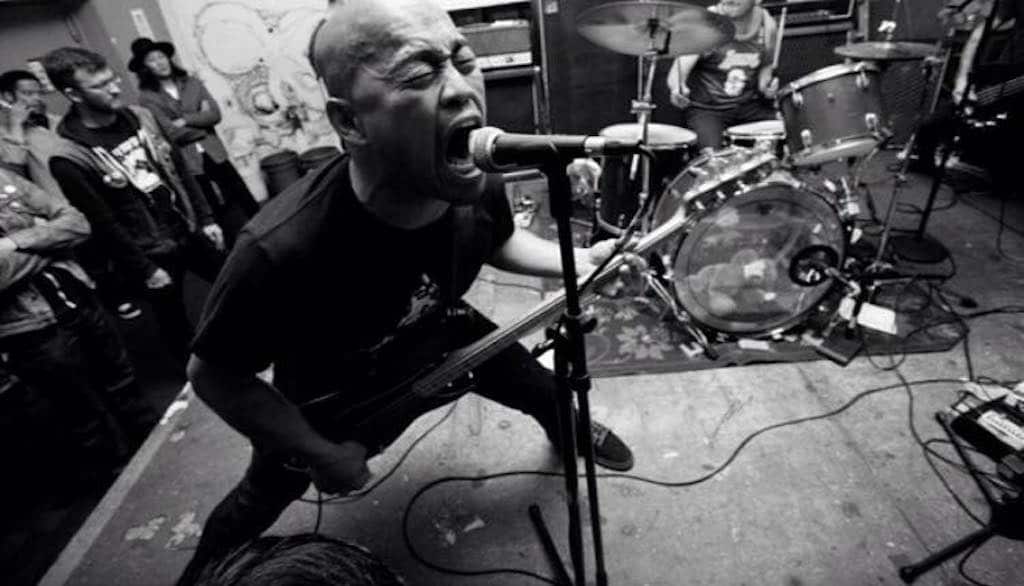 Every day we wake up in this meat suit is a struggle, and it’s all about finding ways to push through and gain perspective. For most of my life, I took on the coping mechanisms passed down in my family – booze, food, and hiding from my thoughts and emotions. Last year I was pushed to a point that I realized none of it was working, so I stopped drinking and took up meditation, self-reflection, and acceptance. Fighting negative energy with positive energy works better than anything I’ve ever tried. That’s kind of how I feel about Inland Empire DIY punx MOXIEBEAT‘s new record Pop Sounds. They named their record for a genre with minimal soul, food that can’t nourish, and sound that’s fleeting. But when I hit play on this record they smash me with soul and force-feed me with knowledge, and I can’t stop listening until all 18 psychedelic punk tracks have had their way with me. Their Pop Sounds LP comes out on transparent neon pink vinyl via their own label Ethospine Noise on October 30th – pre-order it here. They did a rad interview with Tour Worthy and I recommend you check it out to get more acquainted with MOXIEBEAT because they’ve done a lot in their DIY community for the past couple of decades and I’ve got nothing but respect for that! Right here and now, I’m stoked to be sharing their upcoming record Pop Sounds in full below:

We’re excited about this record.  It may be new, but it’s also equally nostalgic.  A few of these songs have been with us since day one and hearing it back is like peeling away a 7-year timeline. Since then we’ve lost family and friends that are dear to us. The country was in a different place, we were all in a different place in our lives. There was a level of uncertainty we had to push through that manifested in these songs. Pop Sounds is not just a dark record for us but a celebration of tiny triumphs that always matter even when you think they don’t.