Primitive. Crawling. Wretched. These are the most simplistic terms I would use to describe the music on Ceremented’s Chaos Mongering Degradation. Almost like a more stripped-down, Death-obsessed version of Burning Witch, the world of Ceremented is all too bleak. Without the smallest glimmer of hope or light, the four tracks that make up this release drag you through the muddy recesses of a path to nowhere; a pathway traversed by humanity – a pathway littered with blood and bone. Gloom Pit is partnering with Heavy Metal Vomit Party to bring a very limited edition 12″ vinyl including both EP’s (pre-order now for instant digital, vinyl will arrive in 12-14 weeks). The vinyl version will be black wax with a foldout cover housed in a poly sleeve.Non-US fans should order via hmvp.eu.

The vibes put off by this act certainly feel like the end, like a reflective shadow of the fruitless, vain hope of mankind’s prosperity and all foolish attempts at “progress.” With very open compositions, Ceremented’s songs don’t feel as “involved” or driven as most Death Metal acts, but also aren’t as reverberating and thick sounding like a Doomier project might be, rather, they intersect somewhere in the gap – somewhere on the terrible threshold of despondency and contemptible sickness. Rumbling by largely at a snails pace, Ceremented spend the duration of this release tormenting the psyche with harsh, uncompromisingly soulless movements of utter horror, of the degradation brought about by the only law in our universe: chaos. This isn’t a release you get to head bang to or even “enjoy” per se, but rather, a release that will creep by and altar your experience of the world for 15 long, agonizing minutes. These doom-ridden skeletons of songs have no concern for your judgement of them. They are merely here to evoke harsh malevolent black energy and to dispense it upon unsuspecting ears. A must for fans of sadistic minimalism in 2016. 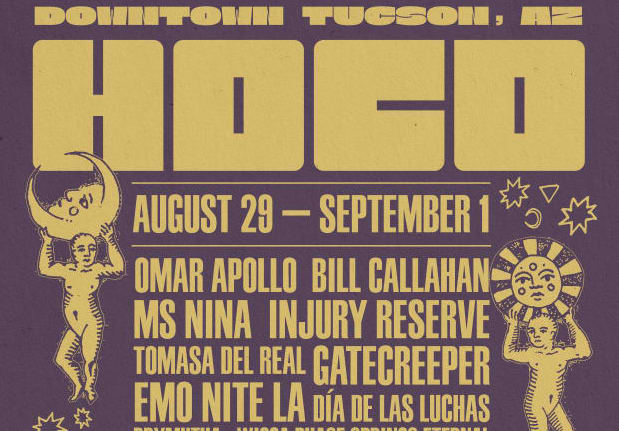 Here is a very interesting live footage feature featuring three elite young Death Metal bands from the States. All three of them are on...

I FUCKING LOVE HEARING SICK NEW BANDS THAT TOTALLY CRUSH EVERYTHING INSIDE OF ME!!!!!! So the other day, I got a message from this...