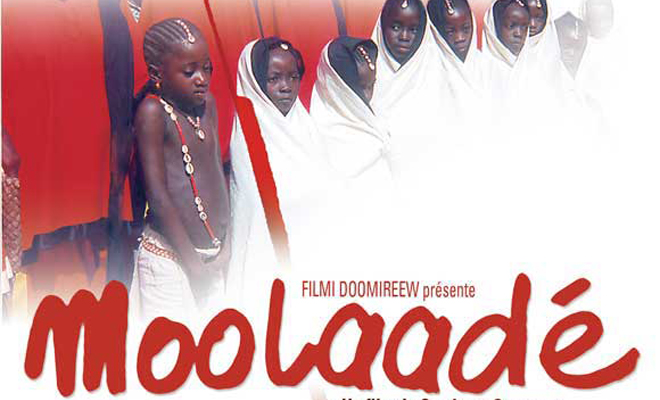 “World cinema” is a misleading term. Usually used as a marketing tool or when referring to non-English speaking movies, it’s similar to saying “world music” when talking about something that’s not exclusively genre specific or “ethnic” sounding. The late ’80s were where you began to see these terms popping up more regularly, thanks to people like Peter Gabriel and albums like the Last Temptation of Christ soundtrack, for instance and the term is about as dated as the era it gained popularity if you ask me.

It’s a pretty stupid term really. Most movies or music are made in the world, somewhere. Generally speaking, “world movie” is a term that’s used in a lot of academic film circles to discuss films that are made in France or Western Europe and/or some Asian cinema, like Japan. The point is, we should really include all films if we used the term “world movies”. Not just rich, non-English speaking ones. Blame short-sighted ethnocentrism or cultural imperialism, or even just plain ignorance if you like.

Whatever the case, if we are to discuss films from a specific country, then we’re opening up a whole history, culture and stereotype perspective on that country, regardless of the film. We might have preconceived notions on what the film might contain based on the country or countries it’s from. That’s logical. But regardless of the genre of the film, usually some sort of specific cultural tie will slip in. Look at the “Spaghetti Westerns” for instance.

With all this in mind, let’s look at a film that could be simply lumped into the “world movie” category by a lazy film writer or marketing executive but is very much an African-specific film. Senegalese to be specific. The film is by the legendary Senegalese director Ousmane Sembène and is called Moolaadé which means “magical protection.”

Despite his extensive body of work, respected status among film makers/critics and winning Cannes awards, Sembène is almost entirely unknown outside of Africa. You’d guess that if he was from France or somewhere in Europe he’d have whole boxsets of DVD collections available from Criterion at this point. Sadly, no. Like a lot of African films, many are close to impossible to find. For a long time, distribution for a lot of African film makers consisted of dubbing VHS tapes from the back of a truck and selling them cheaply at areas that could screen the films. Some people might consider that “punk.”

Moolaadé is a film about female circumcision. Or more appropriately, genital mutilation. Widely condemned yet widely practiced, the film takes a look at the reasons it is in place, most of which stem from religious tradition. It’s interesting to consider that this practice could simply and vaguely be brushed aside as “cultural”. While traditional African culture certainly comes into play in the film, Sembène offers that the root of this practice stems from Islam, a religion that is firmly ingrained in Senegal. The film also looks at how traditional African spirituality (such as the moolaadé) can still have the power to frighten, intimidate or perhaps even work. Despite the old ways being apparently overtaken by a non-indigenous religion, they still remain, bubbling away beneath the surface. Examples of this we can find almost anywhere!

Gender is a huge part of this film. The things that females are confronted with in Moolaadé are almost unimaginable for males. Since the recent Eliot Rodger massacre, I’ve noticed more and more discussion appearing on patriarchal power structures and how culture can affect gender. But it’d be wrong to assume that what Moolaadé deals with is exclusive to Senegalese or African religious cultural practices and other countries are “above” that. Violence toward women is everywhere, be it in the USA, Australia, China, Syria, Russia or Africa. In Moolaadé, it becomes clear that nearly every major world religion has a problem with women in some way or another. Most of them simply cannot deal with the nature of childbirth, sexual “power” or female genitalia. As such, we see a link from the religious view to the cultural practice. This isn’t necessarily the source of all but it’s arguably a large factor in this film. Something that binds a culture through tradition has its demands on men too, whether they like it or not. Destroying certain traditions can have the ability to change things for women and men and then we can all progress.

Moolaadé isn’t an overly graphic film. It’s not been made for cheap shock value. But it doesn’t need to be. It takes an objective and a subjective view on religion, tradition and culture and how these things can bind, confuse and cause harm. As such, it’s probably what could be considered “essential” viewing.