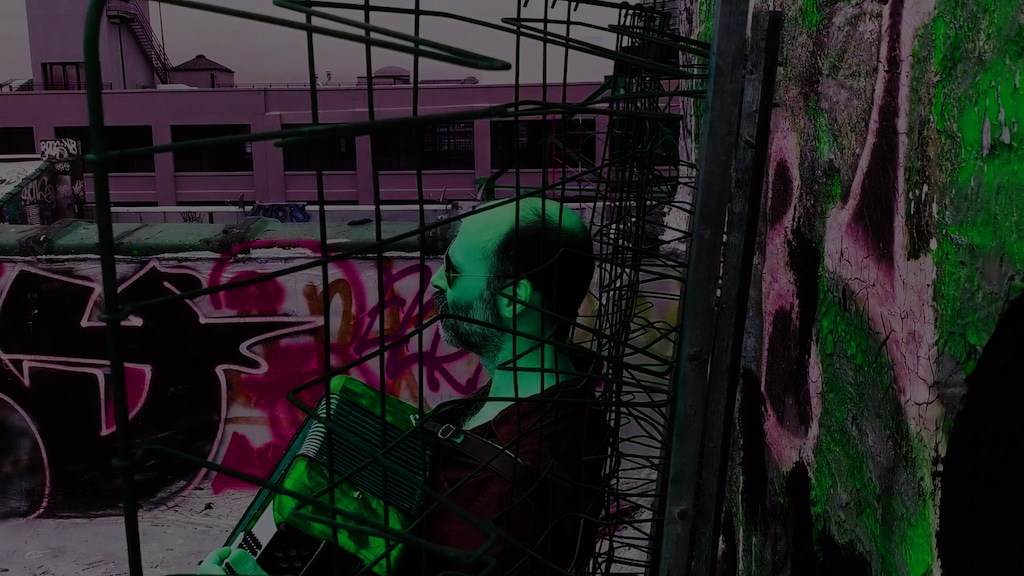 Resistance is a lifelong journey. It’s a feeling that lives in your bones from birth, whether you want it there or not. I’ve often wondered why it’s so hard for me to go with the flow, be blind to others’ suffering, to sit comfortably unaware of the narcissism my society encourages in me. Why do I have to ask questions when I know I won’t get answers? Listening to the performance piece written by MEGALOPHOBE’s Benjamin Levitt, entitled Music For Resistance Fantasies, it’s like I’m hearing the presence of my resistance as it lives in my belly, heart, and mind. It’s constant, kind of soothing, kind of unsettling, like the rolling thunder above our heads and under our feet, reminding me of my truth when I try to look away from it. I need to escape into it instead, and that’s what this music is allowing me to do. Levitt composed the album for a 2019 Exponential Festival dance performance, using primarily an accordion as well as effects and field recordings, and he’s now releasing it via Nefarious Industries on Friday, December 18th – order it here. Right now, let the full piece wash over you with our exclusive premiere below:

This music was composed and recorded for Marion Storm’s Resistance Fantasies, Strategies For Moving Toward — And Against, performed at the Target Margin Theater in Brooklyn, New York as part of the 2019 Exponential Festival. As Marion put it, ‘a three-hour-long dance performance full of scores, group action, live composition, and deep listening. As the performers of this work, our attention is always on our layered, conflicting, complicated frame which is resistance. Our resistance fantasies. Or sometimes not fantasies, the real thing.

The idea here was to make an ambient score for a dance without rhythm, keeping it dark but not aggressive, trippy but not making a big deal about melting faces. It didn’t make any sense, so it was perfect.

The six tracks were named for notes I made during some early rehearsals that were mostly meant as signposts for me during the improvised bits. By the end, I had thought of them by those notes for so long, changing their names seemed wrong. So now they’re signposts for everyone, encouraging some directions our much-needed escapism might take.

I wanted to be able to reproduce these tracks live so I wrote most of the tracks with just the modified accordion (sometimes chanted into, knocked on, and scraped across) and a looper.  And except for a bit of this and that here and there, that’s what you hear on the album. The live events were in a warehouse space where I was using the amps, the high ceilings, the concrete as another layer of reverb, fed back through the signal chain, via the bellows, and out again  — I tried to get some of that vibe in the recorded versions. It’s only pretending to be a quiet album — play it loud!

In this article:Featured, MEGALOPHOBE, Nefarious Industries 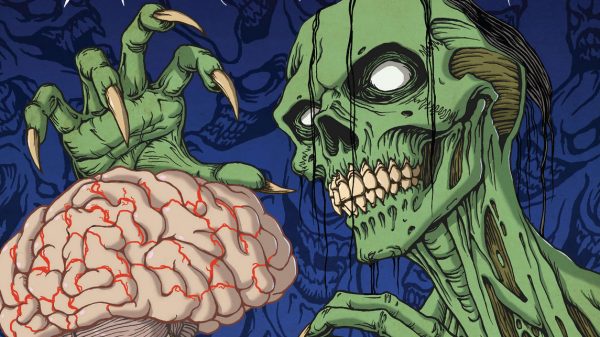 I’m all for peace and love. Peace at a societal level. Love in how we shelter, feed, and heal one another. Peace and love...