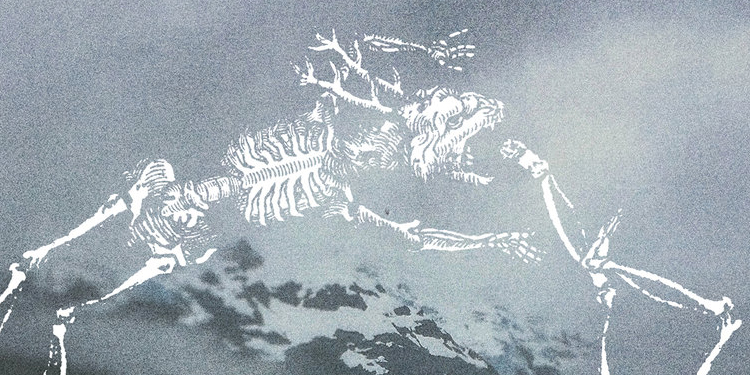 Musical dryspells are always a strange and trying time. You find yourself trying to be open to that new (insert shitty contemporary festival band), but nothing does the trick. Inevitably, you just end up listening to your favorite bands’ first release that is now 30+ years old as you solemnly cry while purchasing your Punk Rock Bowling tickets. It’s a sad, meaningless existence; you’re a shadow of your former self, and unfortunately, that new tattoo you just got is making you look like a bottle of Sailor Jerry that’s having a midlife crisis. It doesn’t have to be this way – there is hope and it comes in the form of some of the meanest, darkest, downright disgusting hardcore. Chicago rippers Thieves have been cranking out tunes for years, but April of this year saw the unleashing of their first LP through Hand of Death Records.

The boys in Thieves have truly outdone themselves for this release, as each song is infinitely more pissed than the last. This LP is sixteen songs of lament, pain, and tones so heavy you’ll get evicted for playing it past 10:00pm. Fuck your landlord, though, they still haven’t fixed your clogged drain. While every song on this release kills it, some of highlights are tracks like “Numbered,” “Smothered,” “Hindered,” “Severed,” “Ended,” “Immersed,” and “Claimed.” LP I is not just a good album, it’s a mature one. Hardcore is plagued with trendy bands copying even trendier ones. This record doesn’t play games, it doesn’t aim to please, and it doesn’t send you notifications all fucking day to follow them on Snapchat. Thieves don’t need your fucking approval, and they certainly don’t need mine, but fuck it, I’m giving it to them anyway: this band and everything they do rips and we don’t deserve them.

They even have a fucking music video!!!