The most intriguing true crime tales are those that continue to evolve, uncovering new evidence even after the person to blame has been in prison for decades.

That is certainly what happened in the case of serial killer Rodney Alcala, also known as the “Dating Game Killer.” Alcala has been behind bars in California since 1979, but as recently as September 2016, the sordid story of his crimes continued to unfold.

In September 2016, authorities in Wyoming charged Alcala with the 1977 murder of Christine Thornton, a 28-year-old Texas woman who was killed while on a road trip over 40 years ago. Thornton was six months pregnant at the time of her murder. She is only the latest victim to be linked to Alcala, called the “Dating Game Killer” thanks to his prize-winning appearance TV’s The Dating Game in 1978.

Alcala has been in prison since 1979 for the murder of a 12-year-old girl, Robin Samsoe, in California. Although his guilty verdict in that murder was twice overturned, he was convicted of her death for a third time and remains in prison for the slaying. In the years since his incarceration, he has been convicted of or pled guilty to six additional murders—most recently in 2013, for the 1971 slaying of Cornelia Crilley and the 1977 slaying of Ellen Hover, both of New York state. Now, Alcala has been indicted for an eighth, the death of Christine Thornton.

Investigators believe, however, that the 73-year-old Alcala is responsible for many more deaths than the eight he has been charged with so far. In fact, it is estimated that the serial killer may be responsible for up to 130 murders.

Alcala worked as a photographer in the 1970s. When he was arrested, authorities discovered hundreds of photos of unidentified women in a storage locker he rented in Seattle. While some of the photos are believed to be models that Alcala worked with, police also believe that he used his profession to lure unsuspecting victims to their deaths.

In 2010, police released over 100 photos taken by Alcala and asked for the public’s assistance in identifying the women pictured. More than 900 additional photos have not been released—they contain sexually graphic and disturbing material. Since then, over 20 women have come forward and identified themselves from the old photos. Several families also believe they recognized loved ones who disappeared and were never found.

It wasn’t until very recently that Alcala was actually charged with a crime related to the photographs released by the police. In 2013, Christine Thornton’s family approached police about a photo they believed showed Christine on a motorcycle in a desert.

Authorities dug into Thornton’s 1977 missing person case and eventually identified a previously anonymous body discovered in Wyoming as Christine Thornton. Alcala was then charged with her murder.

How many more women will be identified as victims of Rodney Alcala, as more people view the photographs from his storage locker? We can only hope that Alcala’s photos will be key to solving more cold cases and that more families with missing loved ones will be able to find closure. 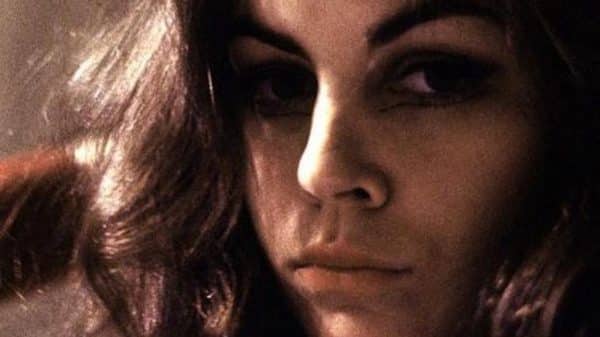 The Creepy Photography of a Serial Killer… Rodney Alcala’s Portraits

When I was 16, a guy in his 20s tried to get me to get into his van to show me his photographic equipment,...