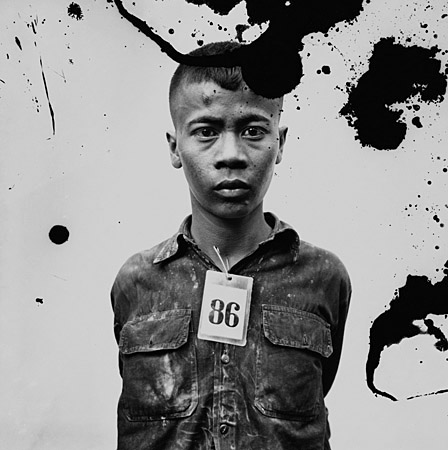 The Phnom Penh, Cambodia Tuol Sleng Genocide Museum is housed in former Khmer Rouge high security secret prison S-21, a concentration camp for political dissidents during Pol Pot’s genocidal rule. A former high school, the Khmer Rouge annexed S-21 for the imprisonment, torture and murder of men, women and children who “thwart[ed] the revolution” (check out the terrifying prison rules below). An estimated 17,000 to 20,000 prisoners lived in it’s cramped cells between 1975-1979, with anywhere from 1,000-1,500 inhabiting it at any given time. According to DC-CAM, of all the thousands of prisoners that were held at S-21, only 12 are known to have survived. The museum displays not only photos of torture captured by the prison photographer, Nhem Ein, but also the skulls of the prison’s victims found in mass graves around the prison grounds. To put into perspective the full horror of this place, the S-21 guard and interrogation staff were discouraged from killing the prisoners, but encouraged to gain confessions by any means necessary, so most prisoners died as a result of extensive torture and beatings or botched medical experiments. Some of the photos below are actual prison photographs recovered after the Khmer Rouge were removed from power, and are on display in the museum alongside torture implements and devices. Seeing women with their infants or children in prison with them, and knowing the real life horror they endured on a minute by minute basis, is sickening. Museums like the Tuol Sleng Genocide Museum don’t paint an easy picture of history, but shove our sickness in our face, as it’s the only way we can recognize it and stop it from happening again.