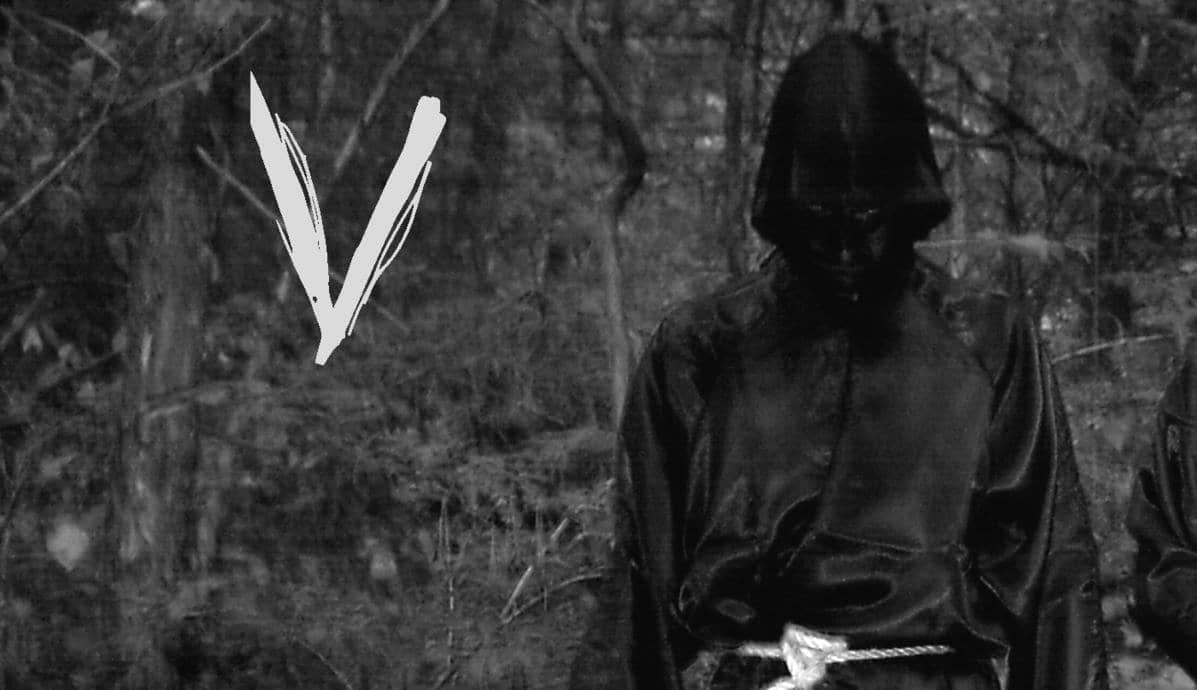 Every release from Black Noise entity VRVLVM expresses this sentiment. Such a statement worms it’s way into the psyche of those who take a moment to ponder it. Why do we do what we do? What is it about our love of Extreme Music that even makes it enjoyable? Every word we use to describe it has a negative connotation. Brutal…depressive…depraved… And every other human activity, when held in the mind and examined, might also prove equally neurotic and/or meaningless.

If pondering such things become an obsession, you might just start producing the sort of acerbic Noise championed by VRVLVM on the self-titled cassette and the soundtrack to the short, experimental Horror film “Ether Riders of the Narthrak”. The cassette release oscillates between blasts of static and feedback and calmer, more ambient sections, although the Horror never goes away. At times, a guitar seems to play a role in the proceedings, but other sounds are harder to pin down. The foghorn like pulse in “Dhmmona” is a mantra of isolation, and the reverb-drenched guitar squall of “Sin Namah” shrinks that same feeling down to a claustrophobic microcosm, like being locked in a cellar with no windows and no light to live by, forever. Only “Cenusa Raman” gives the listener anything resembling a song, yet it is really just a deconstruction of Black Metal to it’s most void-ridden aspects.

The oppressive desolation of VRVLVM cannot be contained to one art form. This mysterious entity is also responsible for the short film “Ether Riders of the Narthrak” and the accompany soundtrack as well. The film seems to depict an abstract ritual which devolves humanity back to a violent, animal-like state, slaves to our basest hungers. The soundtrack leans a bit more toward the dark ambient side, mostly because there is less harsh vocals than the cassette, but the sound is never anything but dark and unsettling. The sound often rides a fine line between deconstructed guitar riffs and electronic drones imitating Black Metal and Doom architectures. This fog of indeterminacy gives the soundtrack its unsettling atmosphere, while the repetitive, sometimes chanted voices buried in the background reinforce the feel of ritual.