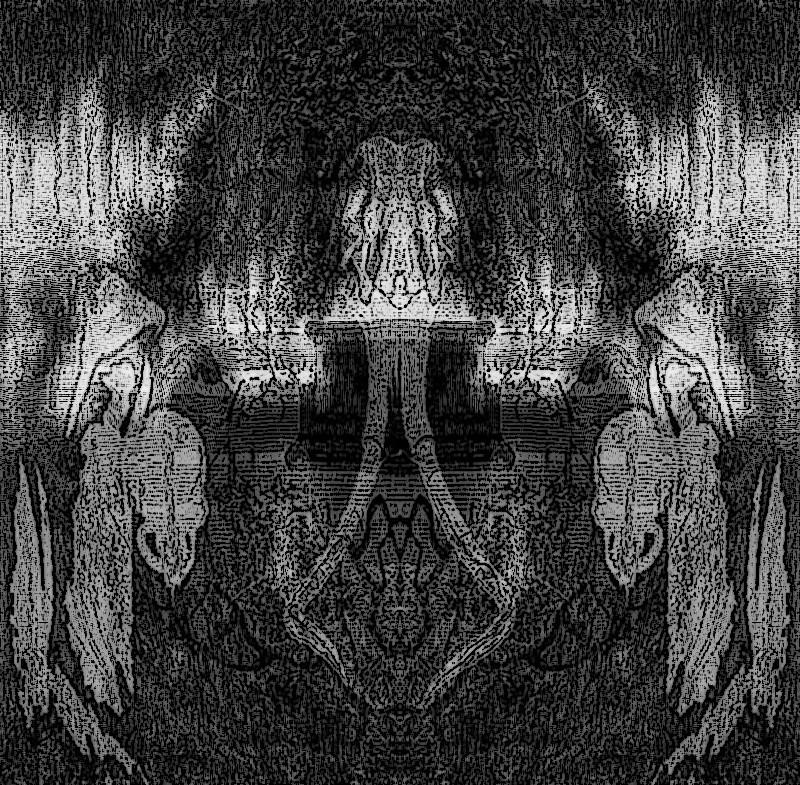 I get the distinct feeling that very few of those who stumble upon the boundless rumblings of Mammoth Weed Wizard Bastard will struggle to comprehend the unearthly plain of musical existence in which this Wrexham troupe reside. Hilariously unsubtle and genius moniker aside, the lashings of psychedelic space doom on display here more than lives up to the conjured images of said Bastard – presenting a single, post-half hour astral projection of unfathomable proportions.

Entering with pensive guitar melodies and celestial palpitations, a female voice begins crooning into the ether, evoking transcendental ritualistic ceremonies and beckoning with kaleidoscopic hallucinations. The next twenty-five minutes is brashly filled with unrelenting, trance-inducing doom riff repetition that envelops the senses and enthralls with inescapable, down-tuned fervour. Every few minutes sees the band morphing from one colossal eruption to the next, but the alms to the doom gods never wavers. When the riffs truly kick in it is hardly unexpected, yet these moments are no less gratifying and once they arrive they set up camp and outstay their welcome with a middle finger raised to the unbelievers. The drumming exhibits a somewhat surprising lack of fills throughout, yet its adherence to the galloping guitar rhythms serves only to accentuate the pounding sense of clamorous annihilation that dominates Nachthexen with aplomb.

The female voice returns towards the end of the composition – albeit in what sounds like a more intoxicated state – but it’s the riff that has the final say, with one last exploration into the endless unknown before fading out into nothingness and bringing to the fore the crippling knowledge that the only course of action is to take whatever substances are going to enhance your journey into the infinite doomscape and start all over again. Recorded at SkyHammer studio (run by Jon Davis and Chris Fielding of Conan, no less), the scuzz is practically palpable even before the play button is pressed. Thirty minutes? Pah! We want double that next time.