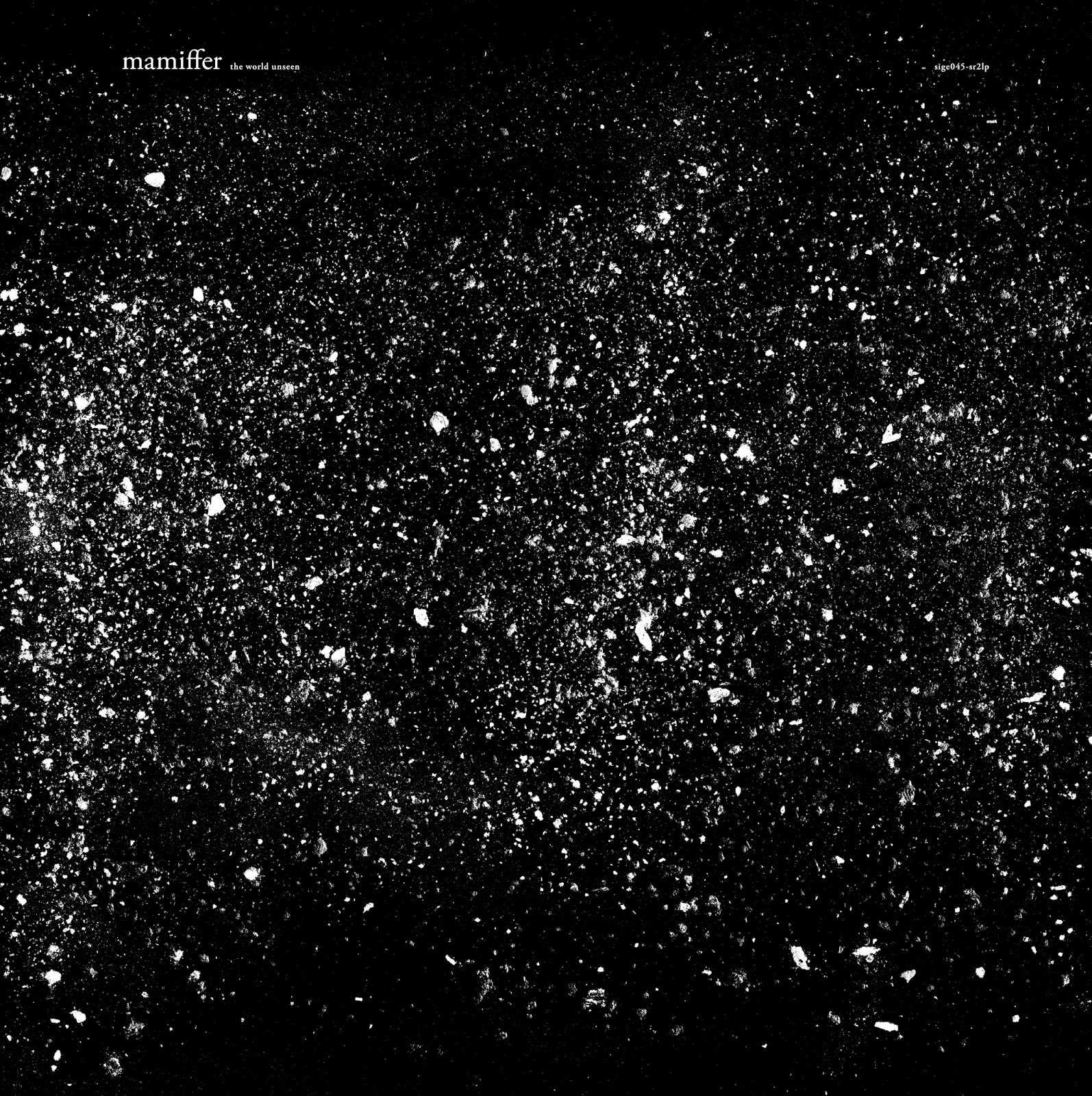 In 2015, Mamiffer made a bold statement with Statu Nascendi, a bridge album connecting their past and future identity. The album was intriguing, seeing Turner and Coloccia moving towards a drone, abstract domain and stepping away from the big drone/doom/sludge of their past days. In a sense, it felt like a logical step for Mamiffer, a goal that the band was set to reach at some point, and a process that was only accelerated with Statu Nascendi, and their collaborations with bands and artists such as Circle and Daniel Menche.

This transformation is now complete with The World Unseen, the first instalment to this new chapter for Mamiffer. To highlight this move, the band throws in the ending (or the revision) to one of the highlights in Statu Nascendi, “Flower of the Field.” The revised track appears in The World Unseen with a more loose structure, more minimalistic and moving away from the earthy militaristic style and into an astral projection of itself. It acts as the perfect vessel to convey Mamiffer’s message, as it does not see them totally disregarding their past. Instead of throwing away their identity, they mutate their sound, paying tribute to their previous self but moving forward at the same time, a very difficult task to complete.

The World Unseen might start off with the subtle drones of “By The Light of My Body,” but for the next three tracks, “Flower of the Field II,” “13 Burning Stars” and “Mara,” a more straightforward manifestation appears. There is a mystical quality that is awakened through this ambient approach, while a primal sense of melody is also present with some folk-ish tendencies. The sceneries change through melodic leanings, classical infusions and dreamlike, or more abstract, moments, as is the case with “Parthenogenesis.” However, it is the trilogy of “Domestication of the Ewe” that steals the spotlight. Through thicker ambiances and sonic experimentation the band creates a transcendental structure, enhanced by the addition of samples. The trip reaches its peak when Genaveve Beaulieu (Menace Ruine) joins in to accompany Collocia’s vocal lines, resulting in a coalition of worlds, as the track turns into an ancient hymn, before retreating to its drone dreams. In a way, Mamiffer seem to be sharing a similar point of view with Menace Ruine, something that makes this guest appearance even more intriguing, not so much in their musical style, but their overall approach in terms of experimentation, the heavier background and the minimalistic route.

In The World Unseen, the transformed Mamiffer make their first appearance. The heavy riffs, the sludge depths have retreated, but the sense of experimentation and the emotional depth that always accompanied the band’s work still radiate as strongly as ever. This new world that Mamiffer introduce us to is utterly engaging and magical, filled with a sense of mystical wonder.