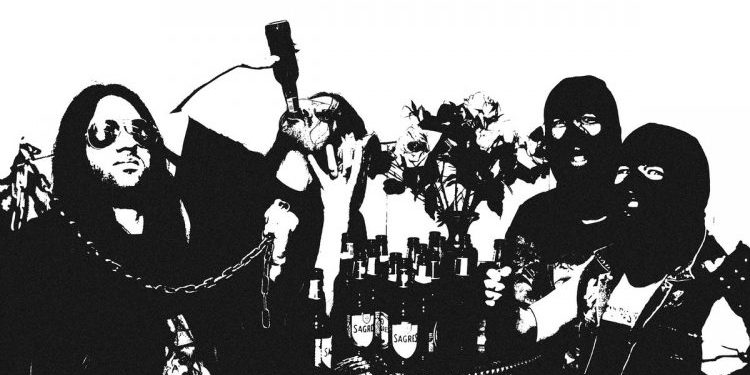 Maybe everything started in NY, or England, or before that with Los Saicos in Peru. I’m not really sure of the beginnings of punk rock, and since I’m no academic I don’t really give a flying monkey’s ass. What I do know is that, these days, the best punk-rock is made in the most unexpected places. Not the United States or England, but countries like Spain, France, Sweden, Indonesia, South Africa or Taiwan.

There really isn’t anything in common with all these countries culturally, except the fact that, no matter how colonized by Anglo-Saxons they might be, they still seem to retain the essence of their own culture. And, most importantly, none of them is a native English-speaking country. That alone is half of the reason to love bands from these countries: all the accents from around the world, from places that have a rich and colourful history and that, usually, either are really totalitarian or the inverse. This is aided by the fact that, even if the central idea to all things punk rock is freedom in all it’s different perspectives, that very same concept is completely different in the country that gave birth country to the French revolution as it is in the country that is basically a Muslim dictatorship.

Then there’s also the way the music sounds, and whether or not these bands are aware of it, the influence of American and British punk is mixed in with the sounds of their own traditions, or the negation thereof, which fortunately results in a very distinct version of punk music, frequently with more character and spine. And yes, the romantic factor of listening to bands like Indonesia’s Vengeance or Spain’s Erosión also weighs in in all this. In fact, I don’t know what I love more: listening to punk songs in each country’s native tongue, or in a funky accented English that, probably due to not sounding as rehearsed as English-speaking bands, delivers extra credibility to someone yelling about how the system doesn’t work. That is probably even better, because punks like these do not allow themselves to be stopped just because they don’t have the perfect conditions to do what they want to. Even better in an era where everything seems to be so easily accomplished, and lacks value and honesty. Vengeance kind of put the rock back in punk rock. The way their singer spells out words with complete disdain, and the way he sings about classic subjects like the system being a rotten piece of shit, is flat out romantic, like being 16 all over again and being in love with being against the world.

Even though I’m not a huge fan of their latest record, Observant com el món es destrueix is a complete and total hard-on, particularly when the guy screams “La primera foguera” as if his LSD trip as gone to the shits. If crust-punk rapped psychedelia, this would be their baby.

Daily Ritual is a tight melodic punk band with everything in the right place, especially the hooks. Every song is like a potential hit single, and well, they speak out against cops, and who doesn’t love to bash on cops?

OK, so Sweden is a rich country, and if the system did work, it would probably look something like theirs. But the thing is, some of the finest punk bands come from Sweden, whether we’re talking about crust or power-pop. Rotten Mind have the cohesion and urgency that makes us want to escape the boredom of everyday life with them. Oh yeah, and there are guitar solos too.

When a band invokes GISM as an inspiration, that’s either going to work out great or be crap. In this case, they get everything right. Not that they sound like GISM, or Anti-Cimex – they sound kinda of like themselves, and I’m not really sure if this is more hardcore, raw punk, crust or d-beat, but who cares when one of their releases is called Fuck As Punk.

I was undecided between these guys or Youth Avoiders, but I spent the whole of last summer playing their stuff on repeat, and to this day I can’t stop listening to “Bleak City” in my head. And of course, there are songs about cops being pigs, and that’s always a plus. It’s fast but not relentlessly because it rocks. One time I saw these guys play live in a sort of temporary squat but not really, and it was crazy intense but with amazing ear-catching tunes. They’re from Mexico, which in itself is a punk rock thing, and they even use a lot of curse words and have a song about how they’re black metal not because they love satan, but because they hate Christianity.

Supposedly, according to capitalist patterns, Greece is in crisis, so what better way to fight that than through a bunch of pissed-off crusties? This shit is heavy, yet melodic and dark at the same time. Maybe they’re not innovating the genre, but they bring the best of crust to the table and their song titles, kind of remind me of Neurosis. Song names like “A day with no sun to rise” and “Black Thorns” make me want to get my bullet-belt and break stuff with my teeth.

First of all, they have a record called Vendetta, so how cool is that? That very same record opens with “Take it to the max” and indeed they do, particularly when the singer growls to take it to the fucking max in his rasp voice. Then, just to make sure you guys are listening, they state that “This is not a game” and somewhere along the lines of “Fuck your PMA.” This is some serious hardcore married to unforgettable rock’n’roll hooks with a super-anabolized rhythm section. If you don’t love this band, you are wrong.

I have a thing for crust sung in Portuguese, not only because that’s my native tongue but also because it sounds poetic and menacing at the same time. That was part of the reason I loved Força Macabra, and that’s why I’m so into Brazil’s Ruptura. That, the dense production, the artwork and songs like “The dawn of nothingness” or “Primitive Future” – which could easily be a Sepultura MK1 song name. But none of this sound half as good as it does in Brazilian.

The band name is just perfect and well, it’s catchy and sometimes dark but always fun Power-pop. This stuff is eclectic and they’re probably not punk in the traditional sense, and if that’s something that turns you off, you should listen more to these guys until you’re over it.