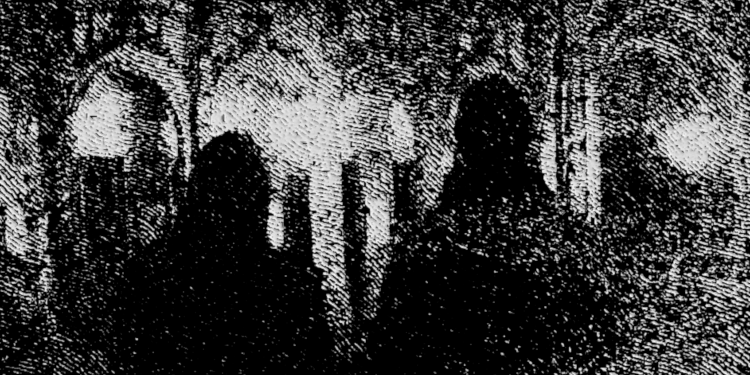 On this day, Spanish raw/depressive black metal wraiths NEGATIVA release their brand new album 03 on tape through Sentient Ruin and on CD through Nebular Carcoma (Official release date October 19), and CVLT Nation is honored today to unveil the full extent of the album’s darkness in all its glorious misery.

Consisting of six tracks of dismal desolation and wretched atmospherics (and now featuring H.V. of Wormlust/Mystískaos fame on vocals), the album slithers relentlessly for forty minutes across the full spectrum of the most demoralizing strains of black metal, using its trance inducing mid-tempo crawl to draw the listener into a twisted and unforgiving shadow zone of total dread. While the music qualifies as “raw” black metal for its simplified and stripped down approach the riffs are actually quite baneful and the production allows for an immersive and listening experience that is far from raw, but rather offers a dimensional deepness that is crucial to its nightmarish atmosphere, not far from what we have seen in bands like Craft, early Shining, Silencer, Xasthur or even Drudkh and MGLA,

Spanish black metal has a strong tradition of being always on the fringe and of moving across thresholds that are always hard to define, and Negativa are no exception. While their music glorifies the void and misery in a very orthodox manner, almost intransigently, their music doesn’t seem to follow any book of rules, and just lets the hand of darkness guide it to wherever misery dwells unchallenged, making for a truly horrifying and agonizing listening experience. Grab “03” tapes from Sentient Ruin and CDs from Nebular Carcoma, while digital downloads and past releases are available from the band.