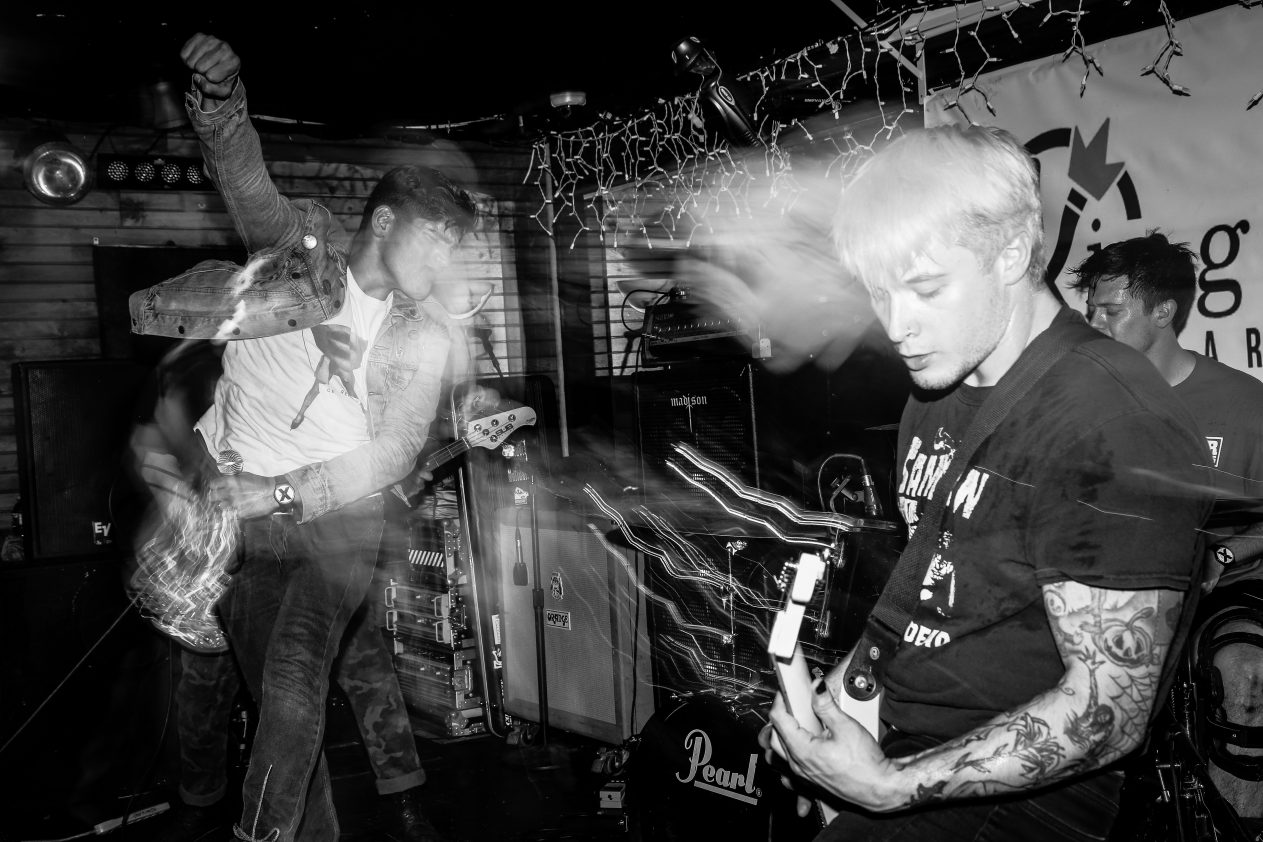 Are you ready for some rad hardcore? If you are, FIXATION has exactly what you need in the form of their new EP Into The Pain that comes out on May 10th via WAR Records. This band does not write songs, they write soaring, raging anthems!!! FIXATION has a really good balance of 80’s hardcore angst and modern day breakdowns. I would love to see this band live, because I know I would lose my shit! It’s time for you to peep their version of Reagan Youth’s “No Class” streaming below, and scroll down to check out our interview with them. Make sure to pre-order HERE!

Your last EP, Marked, was released in August… What has Fixation been up to since then?

Matthew Green: We did a week or so of west coast dates around that release. After that we played a string of northeast and mid atlantic shows, FYA Fest in Tampa, and tours with Vitamin X, Regional Justice Center, and Spine. Around that time we recorded the 4 songs that became Into The Pain.

It seems like you guys have been touring steadily. What are some of your favorite shows that stand out in your memory?

MG: We’re still a new band, not quite at the year and a half mark so we’ve been grateful for the kinds of shows we’ve gotten to play in general. Every tour has had one or two dates that stuck out as favorites.

To name a few:

– Our show with Strife in LA in August. The line up was stacked, and it was wild to play the Roxy Theater.

– The Rhode Island date of our tour with Regional Justice Center and Wolf Whistle. Providence has definitely become a favorite town for us to hit, there’s a great scene up there.

-The Philly date of our run with Spine. The venue it was going to be at closed down less than a day before the show, so we had to scramble to find an alternative. None of the normal options checked out, so we decided to grab a generator and just do it at FDR Skatepark and it ended up being crazy.

-Subrosa in Santa Cruz with Gulch. It was a smaller venue and everyone was going nuts throwing shit. It was sick.

Before you guys ever formed Fixation, was there a defining moment or show in your life that made you realize you wanted to start a band?

Dan White: Being in a band was never a choice for me, I feel like I was just naturally drawn to playing music and the local scene from a young age. I had to do it for myself to escape the dullness of what everyone else in my town was involved with.

MG: I’ve been listening to and seeking out music since I was in elementary school, but I think the combination of stumbling across some punk bootlegs at 11 or so and living close enough to a train to catch shows in both Manhattan and Danbury was foundational for me getting into music in a tangible way. I had a live Ramones record in 6th grade that I attribute to making me want to start my first band. I was a pretty bad/weird kid so it was nice to find a soundtrack that fit.

How has Philly shaped your sound?

In Philly, there’s a low threshold for bullshit. I think our music is reflective of that attitude; no filler, just fast and in your face.

Into The Pain drops May 10th on WAR Records. How did you link up with WAR Records and what can we expect from this new record?

Andrew approached us when we released our 4 song promo last spring. One of his bands came through Philly shortly after and we talked more in depth about releasing our first 7” through WAR. He has been a huge help with getting our music out there and supporting us, it’s really awesome to have him in our corner.

“Into The Pain” is a natural step forward from “Marked”. Same blunt, aggressive songwriting but with some extra attention to detail and flare. We spent time on these tracks, and we’re excited for people to finally hear them.

Also Dan made a photo zine covering our first year of touring and a 30 minute video recap of 2018 to accompany the release, so keep an eye out for that.

Today we are premiering “No Class.” Why did you guys want to cover this song?

MG: I wrote  “Into The Pain” almost entirely about dealing with issues and identity, so covering a punk song about not apologizing for one’s social deviations made sense. One of my first bands in middle/high school played a few shows with Reagan Youth so this was cool for me.

What can we expect from Fixation in the future?

As of right now, we have a good amount of shows within the mid-Atlantic and northeast, including a release show for the flexi. We’d like to get back to the west coast, southwest and Canada before the year’s out, so we’ll be looking to get on that soon.

As for the new music, we are already pretty far into the writing process for the next release, it’s definitely turning out to some of our best material. We’re honing in on a sound that feels the most true to all of our influences and we’re all very excited to see where that takes us.