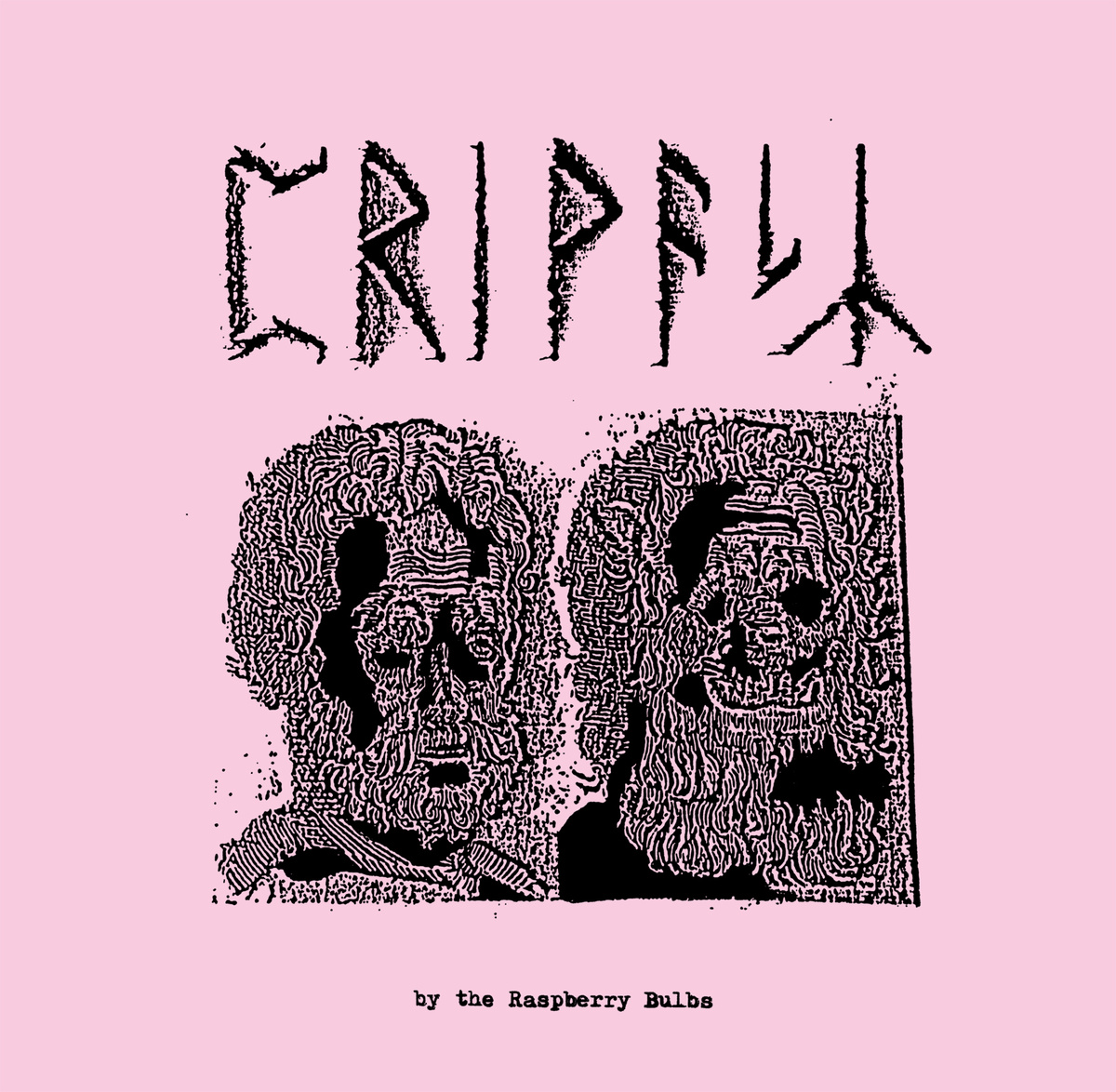 Raspberry Bulbs challenge you to define them. They claim to identify with lo-fi atmospheric music, be it black metal or raw punk, but don’t want to be burdened by the expectations that come with having to adhere to confines of genre lines. Raspberry Bulbs take the sounds you expect to hear, and throw them into the fire and piss on them. What you call the Raspberry Bulbs’ apocalyptic party tunes depends on how you define hardcore or black metal. If Black Flag and Venom are what you have in mind, then they are not far removed from either genre. They blend these styles and more in an organic manner that never becomes a tangled mess. At times, their guitar sounds even carry the abrasive jangle of early Ice Age. Privacy opens with the blown speaker rumble of old school metal on “Lionhead,” and then turns around and smacks you with the straight up punk of “Light Surrounds Me.” Both sides of the equation allow the band to get away with their lo-fi abrasiveness. The album captures what you might expect from this band live, as it sounds like they just stuck a mic in the middle of the room and pressed record. Privacy swarms with noise-laden experimental interludes, roughly tying the album together. The clanging drone that drives “How the Strings Were Pulled” is draped in distant gang vocals, while the vocalist’s punk sneer carries enough rasp to be black ‘n roll. This is where their collision of rawness works the best. The band often attacks the songs with black metal intensity, while steering clear of blast beats. By the time you get to “Nail Biting,” it becomes clear that these guys are punk rockers with an affinity for metal. Even then, it’s not as simple as just calling them a punk band. Judging by the attitude they cram into these wild bursts of songs, punk resonates closer to their hearts than metal. The “I Saw Your Mommy” feel to “Finger Bones” offsets the distant growl of the vocals. The dirty rasps layer the songs with an aggression that is decidedly darker than punk. It feels like they do what the band Midnight does, but without the cheese and from a punk perspective. The “Sonic Reducer” style punk of “Behind the Glass” is a more abrasive take on The Dead Boys’ legacy. They even learned a trick or two from Cheetah Chrome’s book by tossing in a guitar melody as they are crawling out from under their crustier side. The snarling vocals on “Hopelessly Alive” give the middle finger to what you think punk rock should sound like. The Bulbs let the bass out lumber out for “Big Grin,” and throw a curve ball to the momentum the album has built thus far. The guitar tightens up into an almost post-punk tone, as singer’s maniacal snarl tortures his throat just enough to convey anger without dropping into a growl.

The blend of punk and metal on this album will make you want to prowl the streets in denim like it’s 1986. Even if you try not to like this album, you will find yourself coming back to it.