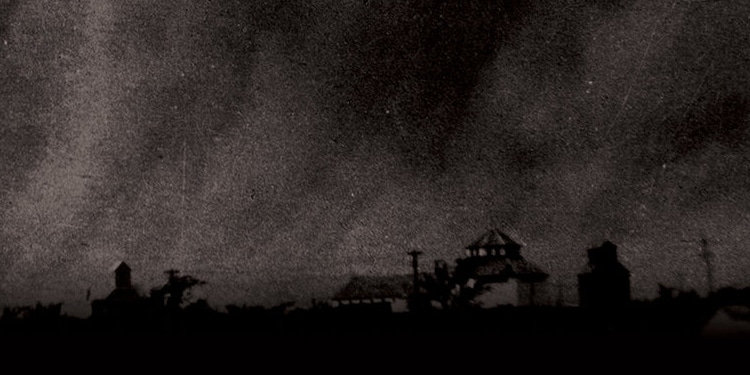 Leucosis is one of these cases where a band that is really good flies under the radar for the majority of their releases. The Santa Cruz-based black metal band started out in 2008 under the name Gaze before changing to Leucosis, and have released two EPs so far, Movements to Breathe and III, along with two full-length albums, Pulling Down the Sky and their self-titled record. All of their work so far has been self-released, which is why it was hard to discover them, but their newest record Limimal is coming out through Sentient Ruin, which has recently also put out some amazing works in the new Hell and american albums.

Sonically, Leucosis display a kinship to modern USBM acts. Echoes of Weakling and Leviathan fiercely appear through the work, while the atmospheric take they explore has something of early-era Ulver. It is the balance that the duo finds between atmosphere and brutality which makes Liminal such an enticing listen. In their black metal form, the band is relentless, with a raw and unyielding sound coming through. The breakouts come with a purpose and conviction, not just for the sake of extremity. The dissonance compliments this aggressive perspective providing a sharper edge to the already hostile notions. The heavy layering Leucosis apply to their arrangements grants the movements more power, creating a wall of sound effect that provides additional weight to their structures. “Saturnial” displays that effect, becoming one of the most powerful and majestic moments of the record.

Despite the extreme sound, Liminal is not a record devoid of melody. The band incorporates these subtle leads against the harsher background, creating magical moments of grandeurs, as in the end of “Bereft.” The interludes play a similar part, acting as drops outside the reality of the record, providing the necessary respite from the ensuing chaos of Liminal. But, it is the connection that they provide from one track to the next, which provides the narrative cohesion in this instance. It is uncanny how Leucosis are able to steer from the dissonant riffs to the clean guitar parts. Filling the space with an earthy ambiance, this is where the connection to early Ulver is found, with Leucosis using the potency of such moments to great extent.

Constructing the record with three pillars, three long-form tracks ranging from seven to ten minutes, Leucosis make sure that they explore all of the environmental and soundscape glory they enact. Starting from the contradictory aggressive/atmospheric dimension of “Bereft,” they slowly work their way to the final track “Manifest,” presenting a different facade, dropping down the tempo and altering the tonality of their earlier manifestation. It is the closest they reach to a Darkspace tone, calling upon all the cosmic essence and mysticism they can find, breaking into a faster, cyclothymic, abrupt and sudden progression. It is the most fitting ending to a wild ride that will definitely put Leucosis on the extreme metal map where they belong.