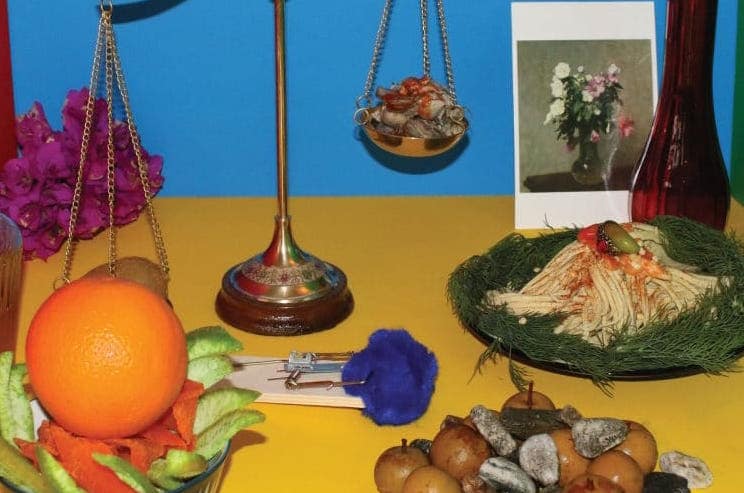 In recent years there has been an uproar in the extreme experimental rock scene. Genre hopping acts have been constructing their own Frankenstein monsters, by combining the overwhelming essence of power electronics and noise, the atmospheric touch of dark ambient, the cold detachment of industrial and the extreme metal fury have crawled into the light of day. Wreck and Reference have been amongst these pioneers and through a series of excellent works in No Youth, Want and Indifferent Rivers Romance End, they have explored all the grandeur these combinatronics can offer.

However, even within this realm of so many possibilities Wreck and Reference refuse to stay still and so changes are now afoot with their new record Absolute Still Life. Here, the band dives much deeper into its abstract electronic regions, slowly peeling away its metallic influences. It is a process of abstraction and deconstruction, as Wreck and Reference attempt to re-establish their core identity. And yet, even though this record does arrive with a sparser, more stripped down modus operandi, Absolute Still Life is able to reach even greater depths.

The tired, defeatist vocals appear immediately in opener “A Mirror”, providing a downtrodden and pessimistic element to the already heavy progression. What is key here is the delivery, reaching an almost spoken word presence, intricately unfolding the story-telling capabilities of this work. Tales of loss and anxiety join in, erecting this dim scenery and providing the work with its harrowing presence that tracks like “Eris Came To Me At Night” so perfectly encapsulate. It is a whole different level of darkness that this practice can reach, and it is one with a bleak perspective that devours all.

Remnants of Wreck and Reference’s metallic self still cling on at times, mostly in the presence of the gruff vocals that compliment the industrial and dark ambient ventures of the band in “What Is A Gift”. Still, the band is able to reach the same level of desperation in a much smoother manner, with the intimate “Stubborn Lake” deceptively luring you with its downbeat progression before the band doubles down on the darkness with “What Goes In And Comes Out”. Dark ambient methodologies are incorporated alongside off-kilter samples, creating complete havoc under an overarching noise carpet. It is this noisy edge that is then further enhanced through the hard-hitting and relentless grandeur of “Irony of Being Something”.

The rhythmic backbone is equally important to the heavy synth work and dark ambient sceneries, and here Wreck and Reference continue to push boundaries with an industrial approach. At times this manifestation is able to reach a futuristic quality, with the sparse beats of “Sturdy Dawn” causing the soundscapes to explode whenever they appear, forcing the background drones and vocals to retreat in their presence. It is a cold touch, and one that carries so much weight, and when it is incorporated alongside the verbose electronics it makes the process feel like a sensory overdose, a full-on seizure erupting in the moment. It is this ever present hostility that defines Wreck and Reference and in Absolute Still Life it has been packaged in such a passive manner, one that makes their sound an even more dangerous and daring substance.