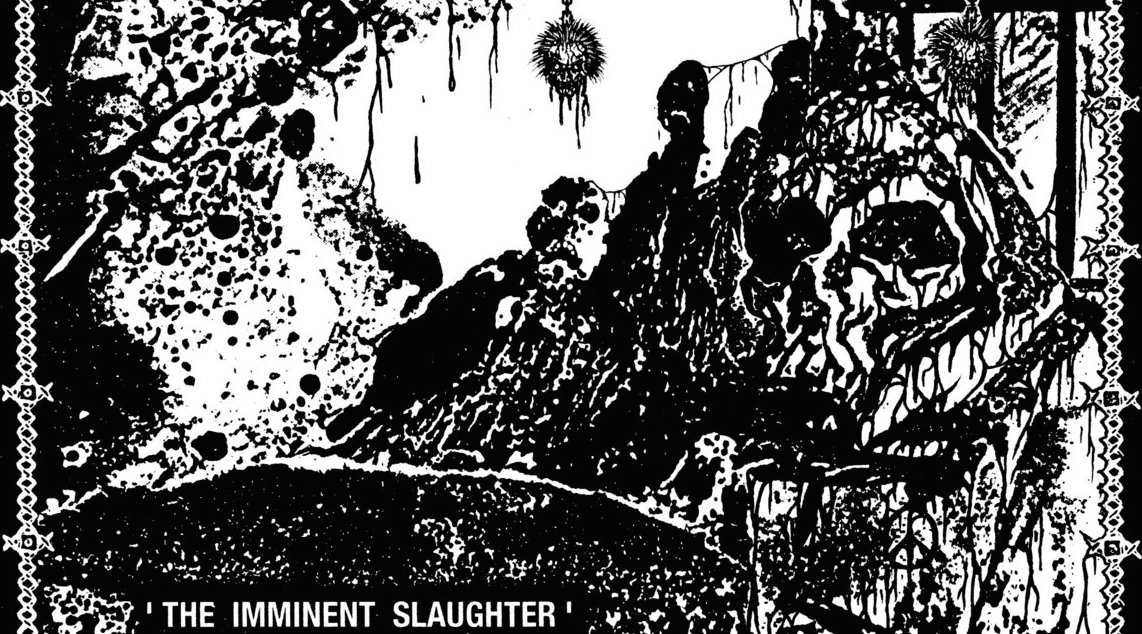 When I first saw the words STATE VIOLENCE STATE CONTROL my 12-year-old mind didn’t totally understand what they meant. As I got older and witnessed so many atrocities done to people because of the color of their skin or their way of life, I began to understand why those words make me fucking sick! Today I witnessed Israeli Lynch Mobs go after people that they thought were Palestinian and beat the hell out of them. It reminds me of the brutality done to my own people at the Tulsa race massacre, or how Jewish people were rounded up by the Nazis and put into death camps like Auschwitz. The systematic program of hate called Apartheid is happening right now in Palestine: STATE VIOLENCE STATE CONTROL.

The agony is fucking real, which is why I feel the need to blast LAST AGONY’s new album The Imminent Slaughter loud as FUCK because it’s an outlet for my Rage. The anger from these songs gives me chills and I can hear the pain of oppressed people in their riffs. I can feel the hopelessness of nations in the singer’s screams, but at the same time a song like “Closing Curtain” gives me hope that the dealers of death will be dealt death back 100 fold. Straight up, LAST AGONY’s music puts a battery in my back to take a stand against systems that I know are meant to oppress all of us. Inside the feedback of anthems like “Unbridled Lunacy,” I can feel the unhinged anger of a people that won’t take shit any longer because being a victim is old news. It’s time for the oppressor to be dealt a HUGE Can of Sonic Whip ASS and LAST AGONY’s The Imminent Slaughter is here to do that out now via Sentient Ruin. A Luta Continua…Fuck STATE VIOLENCE! Kill STATE CONTROL!