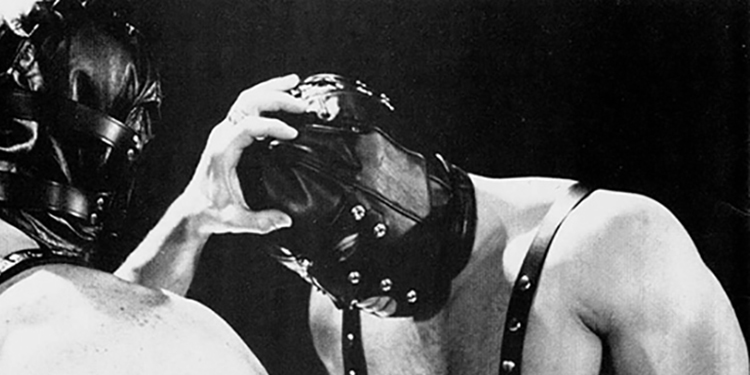 The Left Hand Path is a crowded, contentious way to go; a pandemonium of singular individuals with no faith that life is only found at the end of a narrow way and through a small gate. It is open to anyone with the will to pave their own lane. There is dogma for those who want it, cosmic anarchy for others. A riotous spectrum of practitioners follow, invert or twist any existing system of wisdom — ancient or ad hoc, popular or personal — to uncover their own personal truth. Some do the work by creating new folkways from discarded bits of gnosticism or re-imagined pagan rites. Others, among the faithless, join the temples of Thelema, egotism, Asatru, poetry, or psychology.

I am an unschooled Buddhist, myself. I take my lessons where Ifind them, subscribe to no canon, belong to no sangha. My practice is very loose and informal, yet still daily. What makes this LHP isn’t a silly inversion, like celebrating the Mara mind or pursuing unskillful attachment. It is that I practice it for personal excellence and knowledge of self. I seek to be more effective in the world not to transcend it. I don’t expect enlightenment or want release from a cycle of death and rebirth; it is a tool of self actualization. Most importantly, I don’t recognize any authority above myself, regarding my own inner life.

These definitions are decidedly general for a reason, nothing this subjective can be described too specifically without excluding important possibilities. Your mileage will vary. I suspect that most people in the kink scene use labels like Master, Dom, slave, sub without being philosophical about it. Originally, in the 40’s and 50’s, Master and slave was more a way of saying who was a top and who was a bottom. Spirituality, like this, was a later development.

Joseph W. Bean, in his 1994 book “Leathersex,” identifies the problem of defining roles too narrowly: “Like most of the language around leathersex, though, the words Top and bottom, while they have definite meaning in any given circumstance, can be fairly ambiguous in general use.” He goes on to define Top and bottom this way: “A bottom is a man whose consent to another man’s action is required for a leathersex scene to happen. A top is a man who sets before himself the goal of continually seducing another man’s consent to the action in progress.

“Seducing consent” is a key notion, and, I think, part of what makes BDSM a language of love. If love is a choice, everything about it must be freely given, and never coerced. Seducing consent is how we can develop an intense play relationship with someone in a safe and sane manner. It takes time, and each step deeper is negotiated. Playing hard or gently makes no difference. A good Top wants their bottom salivating at the thought of playing together. If a bottom can’t give over enough of their autonomy for the Top to craft the experience as they see fit, the scene won’t get very far. If a Top has no care for the reactions of their bottom, selfishly indulges their own desires, the bottom becomes objectified and the scene fizzles.

Joseph Bean refers to power exchange as, “the classic puzzle at the heart of leathersex,” and writes that a simple definition is impossible. A mere journeyman myself, I couldn’t begin to argue against that. More than a puzzle though, I would call it mystical — a mystery which inspires awe and fascination. While I hope that everyone who gravitates toward this way of loving will read Mr Bean in full, I’ll put down the lines I think best capture my personal experience:

“The power exchange is the entirely voluntary process by which a bottom relies on trust, first to express his will, then to relinquish it. It is the system through which a Top accepts the responsibility represented by his bottom’s surrender and promises to treat that surrender according to the ever-changing terms of the arrangement, within the bounds of the scene.”

What’s missing from those few lines is that by this process both parties are empowered. It is an exchange, not a theft, or, even a gift. The bottom surrenders their personal power to the Top, but the Top doesn’t just walk off with it. They use it to create an experience of value for the bottom. As if rolling a snowball between themselves, they create something larger and greater for the both of them to share. It is exhilarating, and often intoxicating.

Returning to that first class about BDSM relationships. The three dynamics that engage mind, body and soul are Dominant/submissive, Sadist/masochist, and Master/slave. S/m is the easiest dynamic to grasp, it lives in the body. A sadist, like myself, gives the masochist pain. A masochist welcomes the pain and, in return offers up their suffering to the sadist. If that sadist is much like me, they will drink deeply of that suffering and provide yet more pain. That cycle is an example of power exchange. When that dynamic is hot and flowing, the practitioners can reach ecstatic states. The intimacy of this kind of play is almost impossible to describe. The level of connection is profound. To hear someone screaming, see them thrashing, watch them beg for mercy — yet know, beyond the shadow of doubt that they want more, to feel that desire — that is closest I’ve ever felt to another person. That person is utterly opened up to you, and you to them. A masochist allowing themselves to be that raw, that exposed to their Sadist is choosing to love.

Ecstatic states, like those attained through ritual ordeal, are absolutely reachable in the space of a play session, or scene. Heavy scenes are every bit as profound as traditional ordeals like o-kee-pa, kavadi, symbolic crucifixion, self flagellation, or what have you.

As with any ordeal, intense S/m should not be undertaken lightly. Traditional ordeals are performed with ritual, ceremony, and are usually guided by an elder in the community. Such preparations ready the practitioner in body and mind to accept the pain. Purification rituals distill ones intent, clarify the mind. They create context for the torment, helping to transmute suffering into ecstasy. Ceremonies also honor the individual themselves for choosing to undertake the ordeal. S/m is much the same, even if the rituals aren’t always as solemn or spectacular.

Aftercare at the end of a scene is crucial. The bottom, a masochist in this instance, is saturated with endorphins and adrenaline, their body may be reacting as if to trauma. Like everything else in BDSM, aftercare depends on the needs of the people involved. But, for a heavy S/m scene that transports the players to another state of mind, lots of intimate aftercare should be expected. This is where we re-enter the world after being immersed in something extraordinary. Things need to be set right. I need to know that my partner is thrilled with the beating I gave them, they need to know that their wellbeing is of the utmost importance to me. During aftercare oxytocin get released, instead of endorphins or adrenaline. That’s the bonding hormone getting mixed in with the analgesic hormones, and the fight or flight hormone. That cocktail is absolutely mind-altering, play with caution, and love your partner.

D/s, Dominant and submissive, was explained to the class as a psychological power exchange. It occurs in the mind. De ning dominance to narrowly would be a mistake, if for no other reason than people redefine it at will to include themselves. For now it will be enough to say that a Dominant inspires submission in the mind of submissive. Take a simple example, fetching a drink. The power exchange happens before the sub performs the task. Submission is in the bottom’s acceptance of their Dom’s will as superior, not so much the act of fetching. A Dom is given the liberty of commanding a sub’s action, for a set period of time.

Separating M/s, Master and slave, from D/s can be tricky. Using a contemporary de nition of spirituality dodges questions of dogma, but there is still the question of the “spirit” itself. At a minimum, we’re talking about something harder to grasp than the merely intangible. Also, if spirit is just a name for our essential identity or authentic self, how can we know the difference between thoughts that arise from a chaotic mind and thoughts that reflect fundamental needs? The distinction is extremely important for a Master guiding a slave. A Master needs to understand the slave utterly. The difficulty of that is reflected in the first rule given to a slave: Protect the Master’s property from all things, even the Master.

Dominance is intangible like Mastery, but being psychological, it still exists in the mind. The mind can be revealed and reasoned with. We can trick ourselves into believing our own bullshit, trick others as well. Confusing what happens in the mind with spiritual need is only too easy. Feeling a desire so strongly that we mistake it for a deeply rooted spiritual need, is always a danger. Ambition, the will to power, ego can make petty wants feel like essential needs. Herman Hesse describes samsara that way in Siddhartha, as a child’s games that has us chasing thoughts and desires through twists and turns, as if they were real things.

While the mind can be fooled or mistaken, “spirit” refers to our essential, animating force. It is like a force of nature, pent up underneath the self we craft for daily wear. To go on a spiritual journey is to look for that piece of one’s self that is telling us who we really are, despite what we might believe about ourselves. Seeing and believing can both be wrong, so we rely on feel at some points. The part of us that feels sick or restless when we are living the wrong life, is spirit. Even if our conscious mind, while being fully rational, is telling us that we are living our best life; the spirit can’t be fooled or rationalized into submission. To have a spiritual power exchange you must engage with someone’s truest self. Games that our mind’s play, even unbeknownst to us, will harm the dynamic and maybe the people too. The act of looking for, engaging with your partner’s essential, authentic needs, is an act of love.

The Dharma suggests, to me, the endless search for excellence, rather than enlightenment. It is an eight spoked wheel that stands in contrast to the woven pattern of samsara. A fixed center, a solid outer edge, no beginning or end, held together by eight spokes. Each spoke reminds us of a task on the eightfold path. Right Understanding, Right Thought, Right Speech, Right Action, Right Livelihood, Right Effort, Right Mindfulness, Right Concentration. Of course, figuring out what “right” is, is at least half the work, by my reckoning. Samsara is also without beginning or end, but it is aimless. The twists and turns only lead to more twists and turns. How much meaning can our choices have if they don’t add up to anything, serve no purpose? That’s just the illusion of forward motion. Consciously making meaningful choices might lie near the heart of all spiritual journeys. The choice to love chief among them, the choice to serve not far behind. 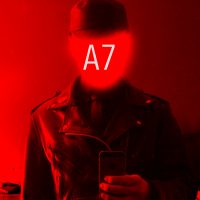 A7 is a journeyman Leather Daddy living on the west coast of North America. He can teach a beginner a fair bit, and still has much to learn from more experienced players. 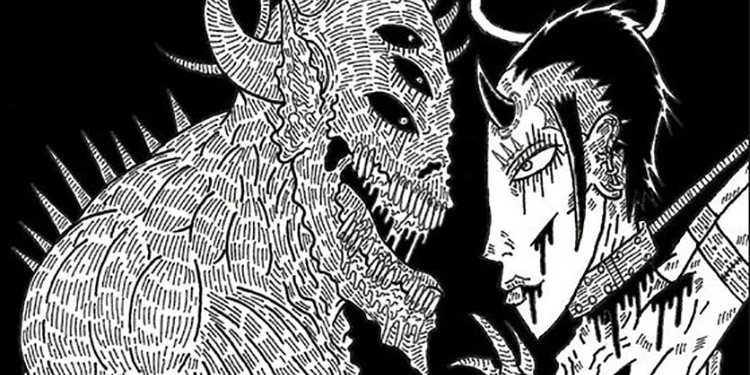 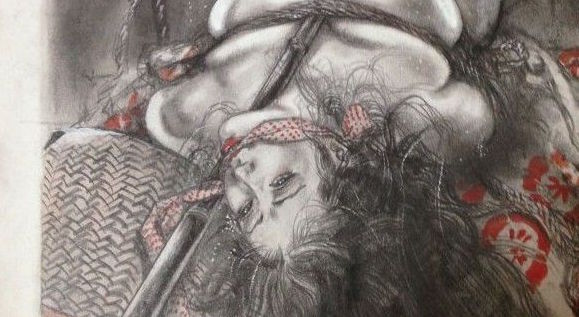