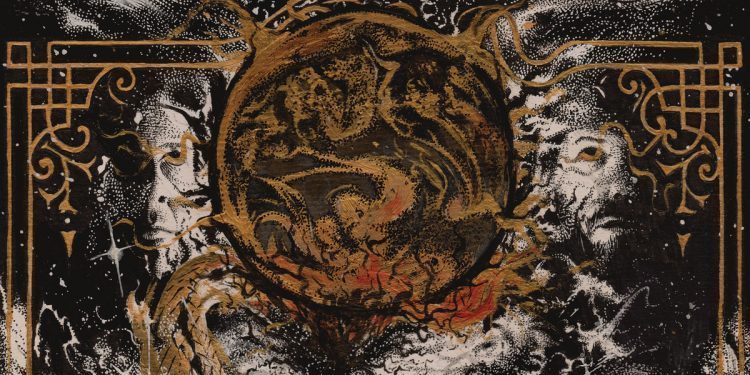 Following the release of their Doubt EP in 2015, I was really looking forward to what King Woman would do next. And soon enough, the band is putting out their debut album, Created in The Image of Suffering, through Relapse, making good on their promises of ethereal doom tones and rock vibes. The background story here is equally important, since following the release of Doubt, King Woman did not rest on their laurels. Apart from the new album coming out via Relapse, the band also went to record with Jack Shirley, known from his works with Deafheaven and Oathbreaker among more, who has done a brilliant job in taming the heavy, thick sound of the band, but without causing them to lose their unique tone and identity.

As was the case with Doubt, so it holds true with this record, in that it is a transcendental work. And this effort is displayed across the sonic palette that King Woman possesses. It starts with the grim elements of the doom form, slithering through slow pace, taking on ritualistic elements. The scenery gets dim, and the transfusion of old-school elements is capable of crushing you on tracks such as “Deny.”

It is this sense of lyricism, this epic aspect that really drives this band’s work. And it is amazing to see how easily they can apply it through all its different layers. The ritualistic pace is not the only moment when this album is being lifted to the ethereal domain, with King Woman making use of shoegaze elements, taking a wall of sound approach, merging together so gracefully the beautiful vocal delivery of Kristina Esfandiari and the crushing riffs. No matter if at times they move closer to old-school psychedelia, as in “Hierophant”, or rocking grooves, their lyricism is always retained, through heavy storms or minimalistic passages.

Which brings into light the most stunning quality of this record, and that is none other than the song structure. It is uncanny how easily King Woman can transition not only from one musical style to another, from the doom weight to the shoegaze approach, but how effortlessly this can be done with the moods of the record as well. It is not that they take a linear approach in starting with a few elements and progressively bring the tracks to a peak, but rather that their switches are so fluid that they are rendered almost invisible. It is a characteristic of strong story telling, which binds all of the essential parts of this record together in a magnificent manner, lifting the record as a whole. In this article:created in the image of suffering, king woman, Kristina Esfandiari, RELAPSE RECORDS