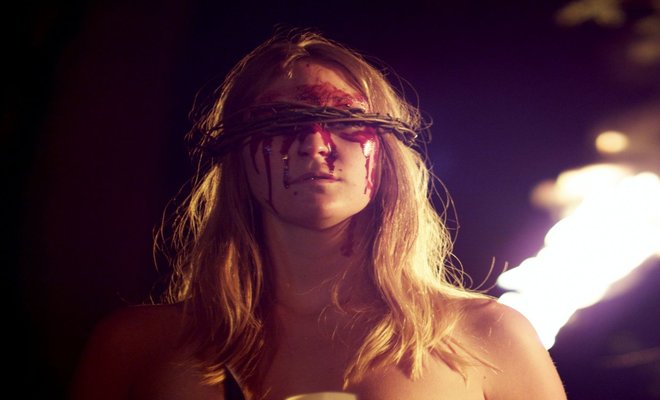 The cool thing about living in a post-post-post(?) modern era like the 2010s is the wealth of cinema and art from which to draw inspiration from. There’s the phrase “there’s nothing new under the sun,” which is probably true, but if that’s the case, then maybe we haven’t had to invent new things, just rearranged them instead in an interesting way. Didn’t that used to be called a “mash up” or something?

Anyway, Kill List (dir. Ben Wheatley) is a film from 2011 that seems to be aware of this. It’s a relatively low budget feature that draws from a variety of genres to create one of the most disturbing and unique horror films of recent times. It’s not overly original but at the same time, it kinda is. Watching it, it seems we’re watching a combination of a British kitchen sink/working class/urban drama film, a gritty 70s crime film like Get Carter, a mystery thriller and a pagan/folk horror film like The Wicker Man. These genres all move in cycles through the duration of the film and in this way, it remains fascinating to watch while retaining an alluring and sinister tension. The Kubrick influence is obvious and in Kill List do we get to experience a refreshingly interesting take on how influence from a master can be transmuted to a modern film without blatantly appropriating a specific work.

Dealing with two former soldiers turned hitmen carrying out a job set up by a mysterious employer, Kill List is an example of how weird things can get in a seemingly bland and grey society. Questions are asked and might remain unanswered. Strange occurrences appear and give way to even stranger occurrences. The final quarter is almost unimaginable in comparison to the first. In short, it’s one dark journey. Some people might find this frustrating but it makes for a nightmarish experience.

For generations, an ominous warning had been used to instil fear and obedience in African-American communities: “The Night Doctors will get you.” It was...