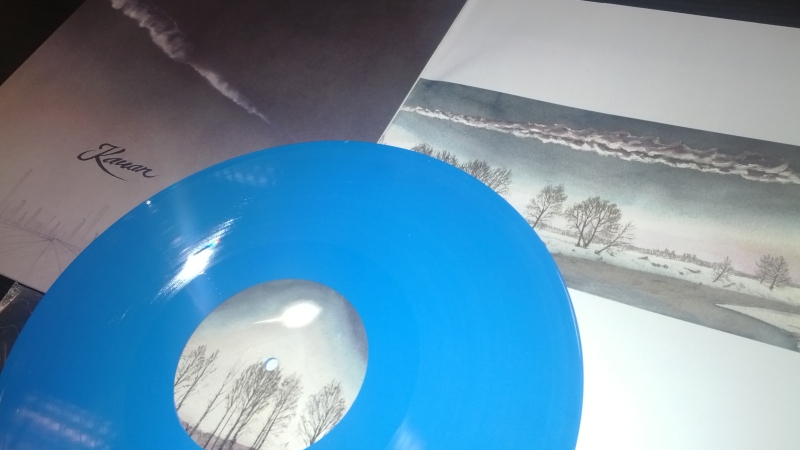 Coming from Ukraine, Kauan started off their career as a doom/folk hybrid. Today they have certainly evolved, reaching a whole other level of musicality with their latest full-length Pirut. Merging together the ambiance of doom metal, the melodic side of post metal, along with some folky passages and classical influences, they are able to bring forth a truly awe-inspiring album filled with emotion.

Pirut is an album that needs to be experienced as a whole. You cannot simply listen to a track and think you have the gist of it. The minimalistic intros and passages are present through the twists and turns of this album, filling out the empty space between the structures of the tracks, imparting a devastating sense of continuity and fluidity to the music. When you combine that with the dark ambiance that the band is able to construct, you get a few glimpses of Kauan’s true form. And what is even more interesting is that although the album contains a dark tonality, it also comes with a twist of melancholy as well. The slow melodic riffs make sure that you have a chance of catharsis in these torturing tracks as the soothing clean voices echo throughout eternity. The heavier, doom side of the band still finds places to unveil itself, but it is almost always within a melodic context. The heavy drums and sorrowful riffs accompanied by the extreme vocals (sort of black metal-y) are placed in moments when it is necessary for the band to make more of an impact to the listener.

Even the backstory to the recording of the album is insane. Basically, while the band was recording the album, a meteoroid crushed in Chelyabinsk (the band’s hometown). You can even hear a sample of the impact wave breaking windows in about seven thousand buildings in the area. Now is that crazy or what?

The inclusion of synths works brilliantly for Kauan, giving them the ability to lay an impressive foundation of interesting sounds under their music. But even when the synths are on the spotlight, they do a damn fine job. The trippy feeling of “V”, before the guitar solos force you to face reality again, is a direct result of the great use of synths, as is the dreamlike façade of “VII”. When you mix that with the incredible string section, you understand that Pirut is not just a good album.

Moments such as the beginning of “III” with the keyboards and strings before the synths bring in the melodies and the acoustic guitar at the start of “IV” are just some of the highlights in this album. But that essentially makes Pirut what it is, an album full of despair and sorrow with Kauan confidently pushing the knife even deeper in as each second of this album passes.

The whole record is on its own an inescapable soundscape, a place that Kauan managed to construct with their musical creations, that exists beyond reality. Pirut is an album of tragic beauty that you should not miss out on. And trust me, once you hit play you will not be able to tell how fast the next thirty nine minutes fly by.