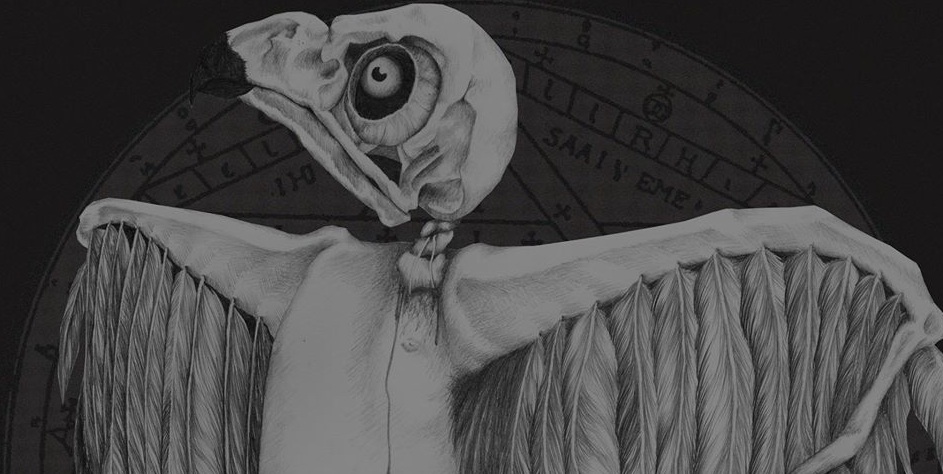 Thank Satan Nuclear War Now Productions is releasing this piece of underground cvlt music mastery! What we have for you gargoyles and ghouls is Katechon’s latest album, Coronation, the follow-up to their debut sermon, Man, God, Giant. On Coronation, the band don’t do a whole lot of experimentation. This is the same Katechon that we all fell in love with the first time, so second-helpings are welcome as Coronation serves up the blast beats and high-speed tremolo riffs with prerequisite tempo changes to pace the frenetic arrangements. Ironically, the slowest song on the album, “Days in Delirium,” which is still pretty brisk mostly, is my highlight track. Some varied vocals, the raspy type to be precise, ends some segments with some nice echoing screams. Track six, “Shroud of Death,” has the band’s vocalist growling on the lower registers instead of rasping, also featuring some intermittent blasting to go with the mid-paced galloping riffs.

Don’t get me wrong. The fast parts are in every song, but this ain’t a blastfest from start to finish. With that said, you still won’t compare this to Old Man Gloom in any sense. What you’re getting is some good spacing, good songwriting, and some pretty slick fast sections when the band brings it on.

So, Cvlt warriors, you’ve been served notice. Whether you live in a dinsoaur cave in the Himalayas and have never heard of Katechon, that as much speaks about what you’re into these days. What this ain’t? Doom. Ritual black. Thrash. Prog. This is old-fashioned black metal with orthodox leanings and very little downtime in between high-speed riffs. Sure an opener might start off at mid-pace, but dust yourself off before Katechon blasts you into outer space. My ears are titillated. Satan almighty, what hast thou done? Bitch-raped my ears with this sonic violence. Sure, Cvlt warriors, I can’t be forgiven, but needless to say, you won’t be saved by Jesus either. So go to the house of worship called CVLT Nation and pay your respects by listening to some of this music. It’s intense, I confess. It’s either you’re a poser, or you’re down with this brilliant mess.