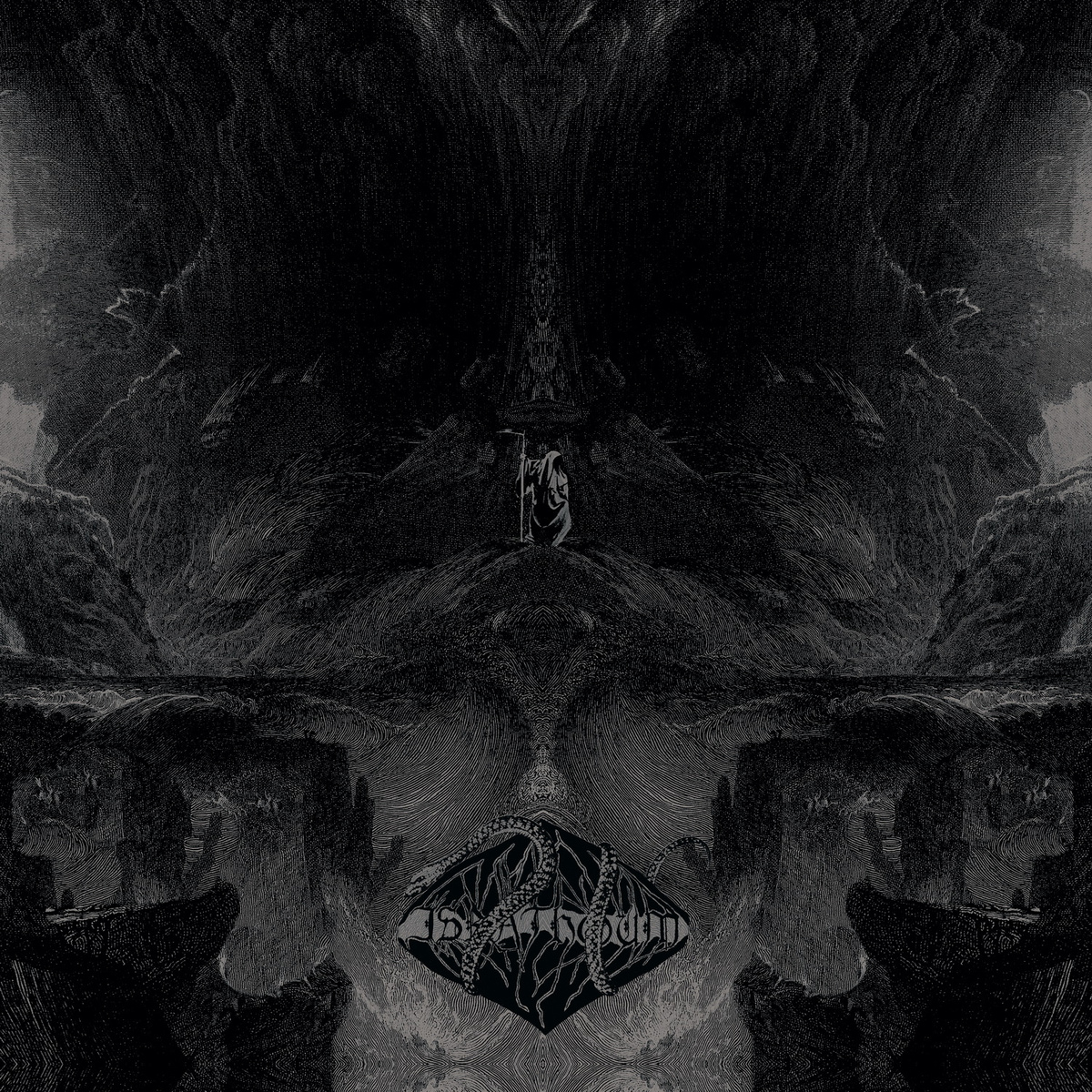 Picking up where they left off, Antru Kald sees the band evolving their raw, mostly-mid-tempo-paced attack, bringing an interesting cauldron of transitions, tremolo riffs and balanced arrangements on their three-song EP. It’s not a great stylistic leap from Black Poison and Shared Wounds, but it shows a very precise progression from the simpler song arrangements on their debut. The tempos mostly hover on mid-tempo, occasionally straddling the double-bass kicks during slower segments. The tremolo riffs are catchier on Antru Kald, and some of the more memorable mid-tempo riffs comprise a nice gallop and groove. The band gather wind, then explode with a frantic riff and blast section, before locking in the mid-tempo riffs and rung notes to send the moshpit humming along, circling like hungry vipers in a snake pit.

The production brings a newfound refinement to Israthoum’s sound. The songs breathe like the band had jammed these songs to life, slowing down precisely when need be, blasting to keep from the music settling into stagnancy. All the while, the all-important mid-tempo groove comes at critical junctions in the runtime, giving nuance to the songwriting, balance to the delicate arrangements. Israthoum don’t experiment with dissonance and prog leanings. They bring three songs of enjoyable black metal music on Antru Kald, leaving listeners hungry for new material from the band some keepsake, before the band release their next full-length, and whatever surprises that future effort might bring.

The vocals are quite restrained, comprised mostly of raspy shouts instead of any high-pitched screeches. Antru Kald may not incite a riot, or inspire listeners to sing along, but the music lives up to whatever expectations may arise from their mostly-solid debut album. Consider Antru Kald a teaser for any future works by the band. There is still plenty of room for growth in Israthoum’s body of work, and the band don’t seem to settle for all-out blasting and sloppy songwriting. The performances on record are precise, clean, one could say. The production strays from the necro template, but improves the material immensely. While quality is high on Antru Kald, the EP showcases a band that has yet to release quintessential material. What this is is a good preview of what’s to come from the band. Check out Antru Kald if you find clean, melodic black metal with quality mid-tempo riffs irresistible.

Note that this isn’t quite the most brutal, intense or profane material black metal has to offer. The music is meditative, even mind-expanding. It’s thought-provoking and helps listeners reflect on darker subject matter, without the use of gimmicky ambient interludes. Black metal art pushes boundaries, even in subtle ways, and Israthoum lead the way towards this inevitability. Antru Kald ushers in a new dark age.