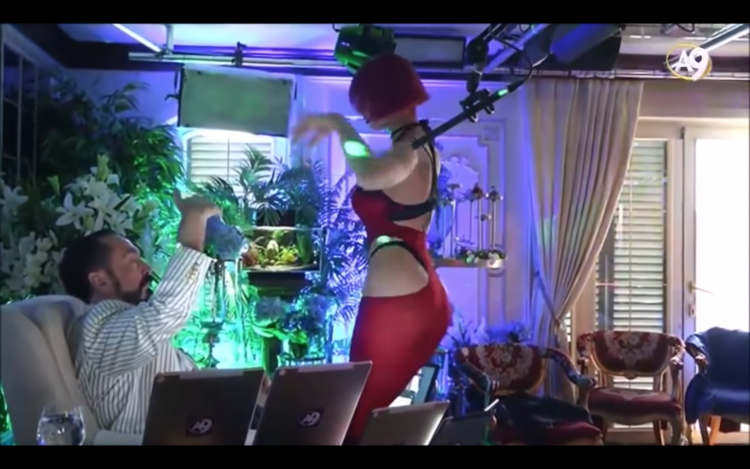 Adnan Oktar is self-titled Turkish “Islamic creationist,” anti-Darwinist, and so-called religious guru who is currently awaiting trial on a number of criminal charges including but not limited to sexual intercourse with minors, harassment, espionage, perpetrating fraud by exploiting religious feelings and beliefs, kidnapping, and money laundering, although no one knows whether he is really guilty of those crimes given the vindictive nature of the Turkish judiciary system.

In any event, Oktar’s Islamic philosophy took shape in the 1970s when he discovered his hatred of and passion for evolution and esoteric Islam, respectively. By the early 2000s he had amassed a small-time (but powerful) media empire and was producing reality television inspired programs in which he taught the finer points of Islamic philosophy in front of a studio audience of young women sporting lots of makeup and plastic surgery, whom he affectionately referred to as his “kittens.” His quasi-religious-historical orations often included short breaks filled with arabesque music and dancing in a rather bizarre fashion. From the outside, the women look like something out of an X-rated version of The Real Housewives. However, they are also pretty articulate and speak English fluently (a skill most often associated with highly educated individuals in Turkey). Interviews with family members suggest that many of the girls have been brainwashed or otherwise coerced into joining and staying in Oktar’s cult for many years.

Among the general population, Oktar is seen as a charlatan. What his relationship is with the women is a matter of debate as some of them have spoken out against him since his arrest. Again, while there is no way to verify their stories, according to the video below, he has attempted to liken them to an ex-lover by forcing them to have multiple plastic surgeries. Others have pointed to a sex cult operating under the guise of an Islamic creationism society.

The short Broadly documentary below provides an insider’s look into the secret world of Adnan Oktar and his kittens. The latest news out of Turkey is that many of the kittens have either defected or are on the run since Oktar’s arrest.