Is the “Satanic Panic” having a Renaissance?

This morning I was reading io9’s article outlining the “Satanic Panic” of the 1980s – basically, a time when allegations of sexual and murderous Satanic cult rituals went through the roof. For a while there, “the Satanic Cult did it” was more plausible than the Butler. It even led to an official law enforcement training video for rooting out Satanic cults.

Now, the ultimate irony was that I found this io9 article in my Google News notification for articles with the keyword “Satanic,” and right below the link to “A Brief History Of “Satanic Panic” In The 1980s” was another article entitled “Christian mother sees Satanic symbol in school bus tail lights” from Christian Today. Of course, I needed to see what the fuck this lady was freaking out over. It turns out that the school buses in Cordova, Tennessee have pentagrams on their break lights when they light up. Wrong market? Installed incorrectly? Nobody seems to know – but surely this is not news? Not only is this story plastered across the internet, it’s gotten air time!

It got me thinking about all the other “news stories” about Satanism I’ve been reading lately – people in towns who are frightened of graffiti, for example. This too has made at least the local news in the US. One story is about some “lone, disturbed individual” spray painting a circle with inverted crosses in it on several buildings in Friendswood, Texas. Apparently, locals are scared and leaving work in pairs, fearing that Satan and his earthly minions are at work.

Another story is about the town of Wallingford, CT waking up one morning to find “HAIL SATAN” spray painted on a local church. Again, local residents found the graffiti “really spooky” and the police quickly acted to arrest the three people responsible. Again, the story was published across several media outlets. These are just a few examples of what I consider to be a ridiculous response to completely harmless phenomena (yes, I believe graffiti is harmless, all you anti-vandalism activists), but they all came across my desk over the past two weeks. The fact that such small occurrences are newsworthy, and that the paranoid public is given the benefit of the doubt when it comes to allegations of Satanism, makes me think that the “Obama is the Antichrist” and “End of Days” crusaders are gaining some cultural ground in America. Coupled with Marilyn Manson’s new album this year, and you have the perfect storm for a Satanic Panic Part II. Not only does this focus on petty events display a complete ignorance of Satanic practice and theory, it’s kind of outrageous considering the real issues of class disparity, racial inequality and gender violence that most of Americans should be worrying about. Ah – but maybe that’s it: Satan is causing all the problems, and this is his way of letting us know he’s fucking with us. No worries, Jesus will swoop down any day now and decapitate him.

The Wild Kingdom is at Peace with Andy Kehoe 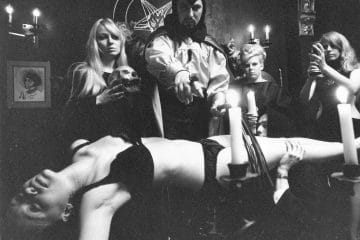 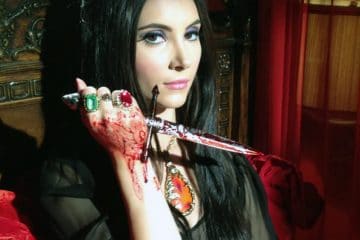 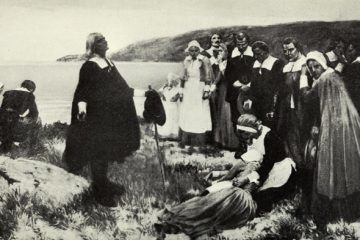 This nonsense made the news in my city today, LOL. Thought you’d all enjoy it.

This kind of talk scares me, because the “Satanic Panic” is what brought about the incarceration of the West Memphis 3, if none of you know who they are, then look it up right now. Religion, not god, is something to be feared, because when people believe without any rational thought that no matter what they do in this life they are forgiven and given a place of honor if they fight for their religion, then they will do ANYTHING. Like put 3 innocent young men into prison for 30 years because, “Satan”

Why are Satanists such dicks? I think I understand it What else can you expect when being self-centered’s a commandment? They’re greedy, demented and insensitive as hell They’re liars and they’re thieves and they’re so proud of themselves They say they’re more progressive than a Christian ever was But they merchandise as much as any damned religion does Peddling pentagrams and 666 To pederasts and egotists Don’t believe their magic tricks Satanists are fucking dicks – Tartar Control

Satan has a shitty hand style.

I bet if that graffiti was on a mosque or synagogue you wouldn’t be laughing about it.

2 different types of ‘a’

It’s too late for me I’ve already sold my soul to Santa.
Predictive text has a lot to answer for.

I do think we are seeing a Renaissance of Satanic Panic. I think Jon Magnuson hit it on the head…Christianity is in it’s final stages, and the nut jobs are grasping for anything they can get their hands on. Hail Satan!

Knowing Friendswood, it doesn’t surprise me at all that something as innocuous as graffiti gets everyone’s britches in a bunch.

By the light of the night, it’ll be alright, so don’t you panic. Perhaps we can use a satanic mechanic.

No, it’s just funny and ridiculous…

The a in the hail is legit lower case times new roman. I think we need devinci decoding it

I think Christians are dredging up fear because the religion is slowly falling apart and they need a false threat to reinforce their ridiculous lies. No gods no masters.

As a Satanist all this ritual and sacrifice is all bullshit we don’t do that. Devil worshippers give us a bad image they are the ones who cause trouble Satanist & devil worshipping are 2 different things get that through your heads .

Didn’t Anton LeVey (your cover pic) do a lot of ritual oriented stuff?

He was way before my time so I wouldn’t know

Satan out in full force right there ^

Is the “Satanic Panic” having a Renaissance?