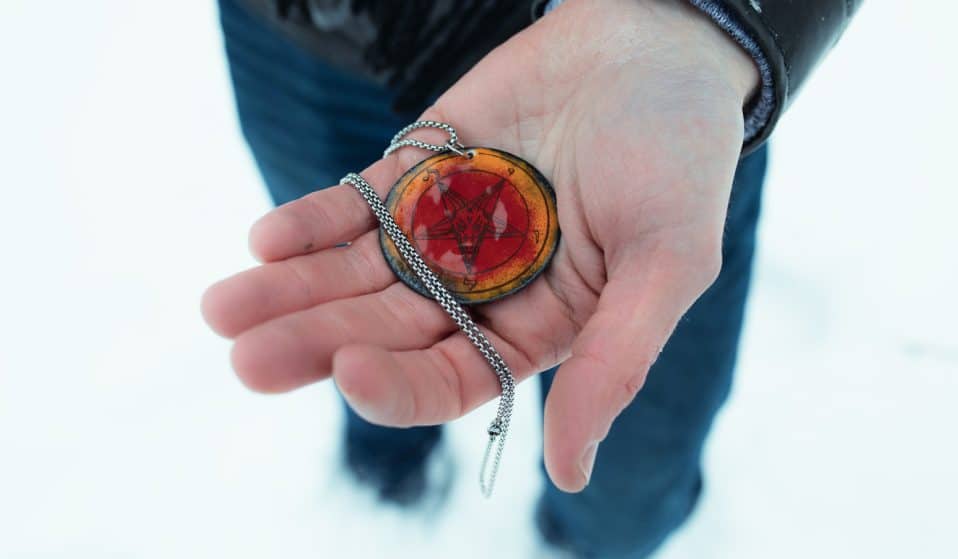 In a time of chaos and uncertainty, when traditional belief systems no longer seem to have all the answers, more and more young people are finding comfort in Satanism. But these aren’t devil worshippers who drink blood or sacrifice animals. They’re just regular people trying to squeeze the most out of life.

On the surface, everything about Misty Tyers’ life seems perfectly ordinary. She’s a barber who’s good at what she does – so good that her time gets booked out months in advance. She also loves music and, every year, goes on a week-long heavy metal cruise with 60 bands and 3,000 people. And when Misty’s not moshing or cutting hair, she’s lifting weights. Kettlebells, to be precise. She’s good at that, too, and hopes to make the world championships in Serbia this year.

But something in the 32-year-old’s bedroom hints at a life less ordinary. In between the weights and medals from her athletic endeavours, on top of a green and red chest of drawers, sits Misty’s Satanic altar.

“I credit [Satanism] for a lot of the successes in my life,” she explains over the phone from her apartment in Victoria, a city on the southern tip of Canada’s Vancouver Island. “It’s always encouraging you to push yourself. Some people take that into their career, some people take it intellectually, and some people take it physically – like with my weightlifting.”

Misty first heard of Satanism as a teenager, but didn’t officially join the Church of Satan until she turned 27, after discovering a book called The Satanic Witch by its founder, Anton Szandor LaVey.

“The way it talked about how you see yourself – it doesn’t matter if you’re, say, a slightly larger woman,” she says with a laugh. “It’s about using that to your advantage. It’s about figuring out how you can best present yourself, how you can feel more confident and work things in your favour.”

As far as religions go, Satanism isn’t exactly taken seriously by the wider public. No one would be blamed for imagining it as a refuge for devil-worshippers who run around in capes, drink blood, piss fire or even indulge in sacrificial slaughter. That’s because the overwhelming majority of these associations have been shaped by how Satanism has been depicted in pop culture, the media and, more significantly, other religions.