Into the ‘Nether Darkness’ of Vhorthax - CVLT Nation 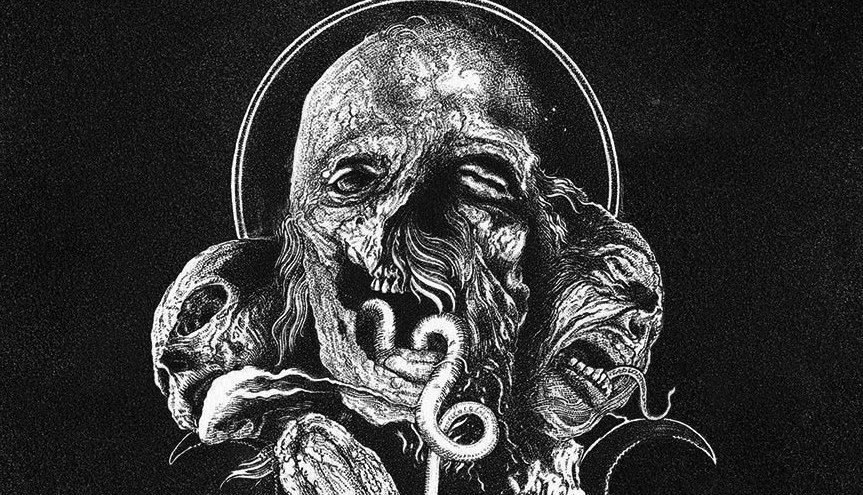 This Russian band, Vhorthax, has donned their robes and set off into the darkness of a black metal band, but the end result is something with a more subterranean grind on their Iron Bonehead EP Nether Darkness releasing this month. Often the term “Blackened Death Metal” is tossed around to typically refer to a death metal band dressing things up with black metal trappings. While many bands throw in an obligatory tremolo-picked riff or three, Vhorthax blend’s the two genres in a very natural manner. Several years ago, bands like Necros Christos began to be identified as being “occult death metal,” which seemed to taking inspiration from “Onward to Galgotha”. While low growls and a pervading sense of darkness are the only things these guys have in common with Incantation, it holds a similar vibe in the sense that it brings the cavernous atmosphere with an intent to spread malevolent sonic alchemy. They are not content to just bulldoze you with double bass. The album carries a cavernous atmosphere without sounding like it was recorded in a basement. The instruments occupy their own space in the mix, without being lost in a bath of reverb. They opt for a more solid guitar tone with an organic warmth amid the dark density of the chords being played. The vocals are low gurgling growls that give their sound more of a death metal feel. At times they are accented by an overdubbed layer of a higher pitch snarl. This creates a more black metal like feel with a sonic balance from both genres happening. 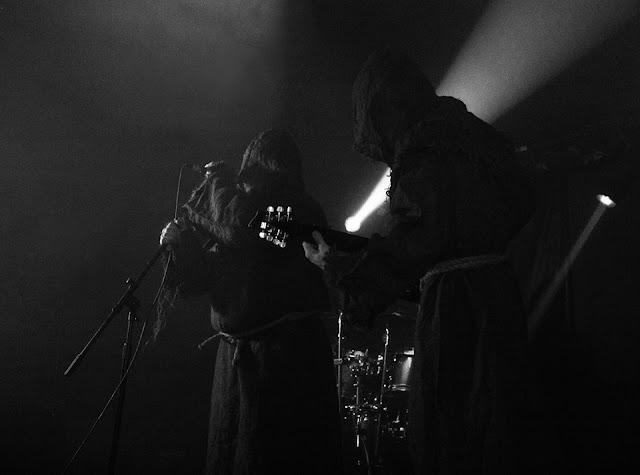 Distant choral vocals echo out from the depths as a well-timed piece of blasphemous atmosphere to give “Stabat Mater” a creepy edge. It’s the dissonance that often keeps this track rooted in black metal, though the drive gives it the more aggressive juggernaut trample of death metal. The pace picks up on “Thy Foul Graal,” where the vocals sink further back into the mix as the storm of guitar hits you with a hellish flurry. A minute and a half into the song, they bring in a sharp, thrashing riff to hook you in with something more substantial to head bang to. If someone said to me, “Well, death metal and black metal are both pretty angry, what’s the difference?” I could point them to the screamed vocal that opens “Crushing Vessels of trinity” – it is clearly a more emotional exclamation of a mentally agonized anger. If this was purely death metal, then it would come off as a more blunt, aggressive war cry. They break things up by taking you deeper into their murky nightmare when the track slows down and the more melodic chord progression is echoed out behind the thicker guitar riff which comes from a meatier, death metal place. The riff constricts on you and drones you in a head-nodding trance. 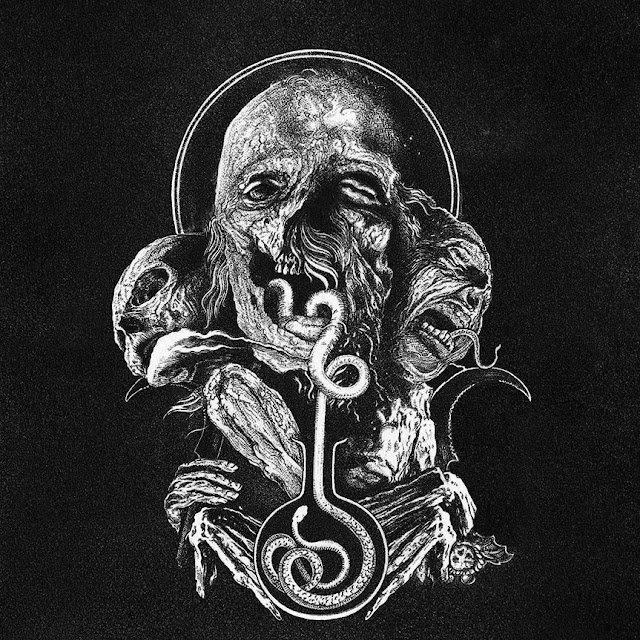 They leave you with a blanket of dark ambiance. This EP creates a mood that is both feral and pondering even in its most aggressive moments. After considering all of the extreme forms of metal I have heard over the course of the past year, and trying to pinpoint what this band offers that I have not already heard this year, I can say it’s a well balanced blend of sonics. They create a bridge over an abyss that is powerful enough to make you feel the weight it hits you with, while creating a esoteric mood that is not just anger alone. Fans of death metal wanting something that casts a more sinister shadow, or fans of black metal who long for something with a more dismal darkness that death metal normally offers them, will find sounds that appease them here. Iron Bonehead has set January 5th as the official international release date for this EP.