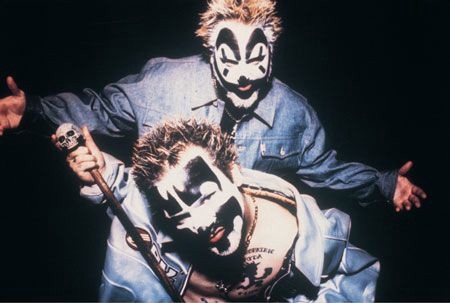 Eventually one of my best friends bought me a ticket to see them for my birthday… “as a joke”. I rolled my eyes and refused, but a deeper part of my soul needed to just… see it… with my own eyes. My archaic hunger to know and experience was ecstatic as the date neared. I was also slightly terrified and thought I would get assaulted or robbed, as at the time Juggalos were on the FBI watch list. The day of the show, three of us were in a car making the trek down to the venue when I demanded “20 minutes and then we’re leaving”. From the moment we pulled into the parking lot (which was doubling as a Juggalo tail gate party), I was enamored. My first ICP show was one of the best and most transformative nights of my life.

Afraid of being singled out as a first timer, let alone the fact that I wore a turtle neck to an Insane Clown Posse concert, the moment we walked in we were given warm greetings in regards to our Dark Carnival virginity, rather than scorn or mockery. Several large men in hockey jerseys and signature ICP face paint bought us drinks, allowed us to pass in front of them when bumping paths, offered us their staked out spots so we could get a better view of the stage, held doors open for us. It felt more like we were on an amicable first date. The notoriously violent and brutish security personnel at The Observatory in Santa Ana, CA began attacking a young Juggalo who was hitting a joint being passed around before ICP took the stage. The Juggalos and Juggalettes swiftly pulled the burly guards off the poor kid, then carried them ABOVE THEIR HEADS to the side of the stage and tossed them into a cartoon-like pile while chanting “FAM-UH-LEE” and lighting another joint for the kid. After the show, nearly every ICP fan in the audience stayed behind to help the clean up crew pick up the hundreds of Faygo bottles littering the floor and carried them to recycling bins. “Of course Juggalos fuckin’ recycle. ” I was in heaven.

We made our way through the parking lot, still doubling as a tailgate party with people offering BBQ, cans of beer and rinsing Faygo off out of their trucks, bidding farewell to our new Juggalo friends, taking photos and exchanging phone numbers. We got in the car, dripping wet from soda and reeking of root beer, and barely said a word to each other in the car. About half way back to LA on the freeway, my friend turned back to us and said, “Who am I?”

My expectations, stereotypes, and prejudices were blown out of my body like a shaken bottle of Faygo. I had genuinely never seen such kindness exhibited by a fanbase. Being from L.A., in particular, the average concert experience often feels like more of a cliquey pretentious fashion walk with a few hired bands and DJs to de-awkward the silence of a room full of people seeking perpetual validation.

Insane Clown Posse fans gather because they seek community and share a deep seeded mutual love for horrorcore (the genre of rap pioneered by the painted face duo). The genre, artists and fans often share mutual foundations — born of poverty, adversity, being social outcasts, and overall hated by society. They’ve managed to take the burden of being a black sheep and transformed it into not just an art form, but an entire culture with its own mythology.

After that first ICP show, my hunger for more details was insatiable. I got home from the concert and pulled an all nighter reading articles about the genesis of Insane Clown Posse and the Dark Carnival. What I learned became a life lesson — actually ones I’d been taught since childhood but had never really had one pinnacle experience like this to have so vastly proven myself wrong. Don’t judge a book by its cover. Don’t judge anyone until you’ve walked a mile in their shoes (or at the very least been showered in cheap soda beside them).

The biggest lesson ICP taught me was to embrace being wrong.

Exhibit A: The Dark Carnival, without knowledge of what it was, just came across as some kind of branding scheme with the same vapidness as a hyped, overpriced t shirt company fronting as wearable art. Little did I know that Violent J and Shaggy 2 Dope had actually created a Tolkien-like mythological world with everything from character hierarchy to laws. Set in a carnival with rides and fun house mazes, each of ICP’s albums embodies the story of a deity-like being within the Dark Carnival each given their own tarot card (i.e. my personal favorite, Great Milenko, heavily referenced in their lyrics). Juggalos and Juggalettes in the Dark Carnival must face the judgment of Great Malinko, much like God and the gates of heaven. The carnival rides and mazes are essentially psychological, spiritual and moral tests for “sinners” — domestic and child abusers, rapists, racists and politicians (referred to as “chickens” frequently in their lyrics) being the bulk of their targets.

Exhibit B: The fleeting moments I actually paid attention to ICP lyrics, all I caught were the Bill O’Reilly-select highlights about violence, which were taken completely out of context from the song’s meaning. For example, one of my favorite tracks, “Hall of Illusions”, describes the classic fun house mirror maze frequently found at carnivals, but with a Juggalo twist. Men who abuse their wives and children are subjected to the Hall of Illusions, in which they are strapped to a chair, have their money taken, and are shown in the mirrors what the lives of their wives and children would be like had they not abused them. Another one of my favorites, “Tilt-A-Whirl”, flaunts the Dark Carnival twist on another classic ride. Bigots, greedy wealthy people, and child abusers are strapped into the ride, which then spins around violently until all the passengers are dead. “Confederate Flag” decries the song’s subject and calls for the burning of all confederate flags, as they represent racism and ignorance.

ICP created an entire culture for disenfranchised people and a platform for them to basically say, “Fuck you too, man” to a world that looks down on them. People like me, or at least, how I used to be. If something makes other people happy, even if it has clown face paint on and showers itself in cheap root beer, and it’s not hurting anyone, why be so cruel? Besides, Violent and Shaggy probably make more money than you and I ever will by simply being themselves to a near molecular level. I’ve been to a number of Insane Clown Posse concerts since that fateful night, and each one was better than the last. I swing my hatchet high and with pride, and I implore you to give them a chance.

In this article:insane clown posse, music 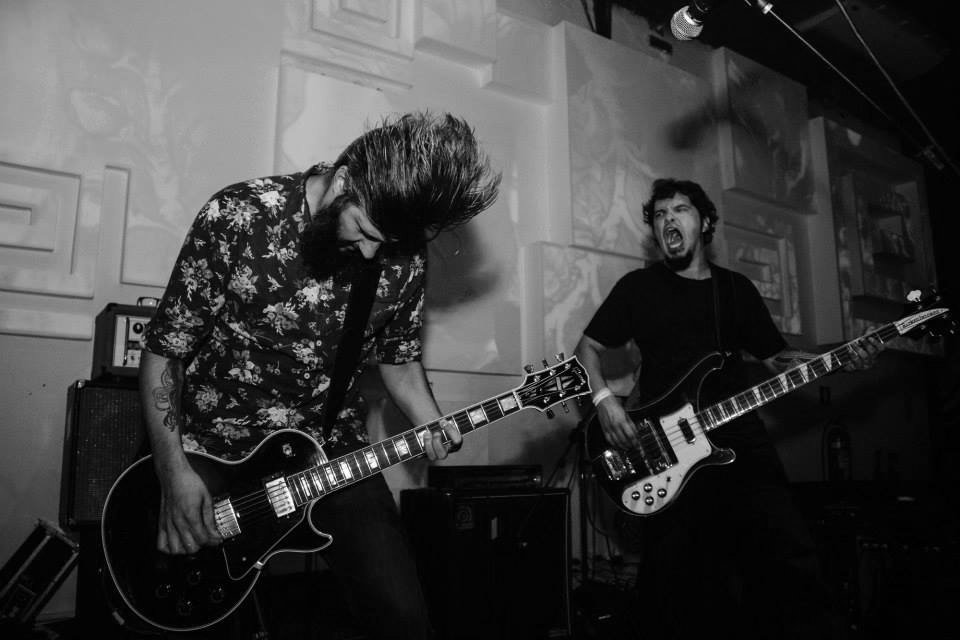 HUEY is a Brazilian band that channels an amalgam of weighty influences in an instrumental sound that sometimes hits you in the face, and... 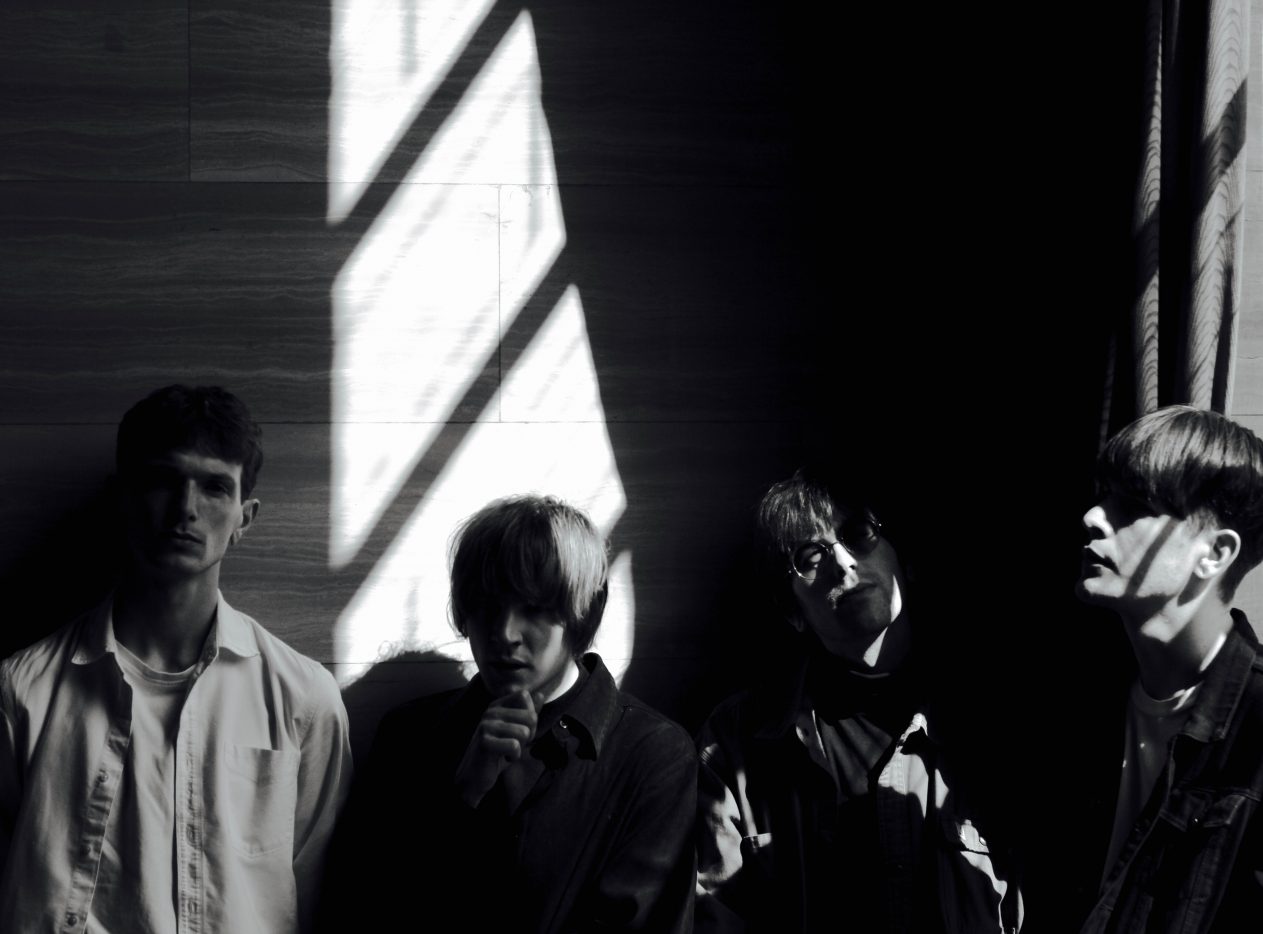