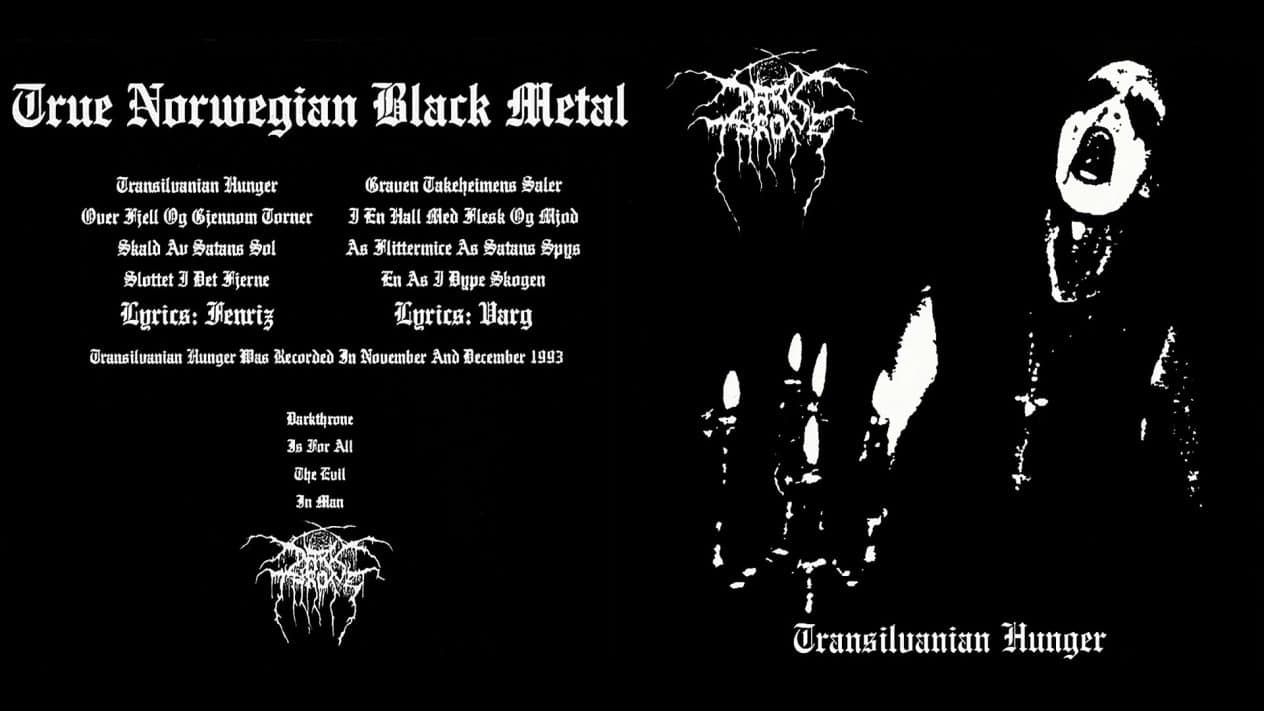 Out of curiosity, I spent way too much time today finding the most expensive black metal records on Discogs. Whoever designed this site did not do so in a way that’s intuitive for online shopping, so it was no easy task, and the sheer number of filters that repeat or conflict with one another means that you shouldn’t take this list as exhaustive, or even accurate. But if you’re looking to spend 15K on five black metal records that, despite their elite price tags, were still photographed on someone’s bedroom floor, I know how you can! Here they are, from least to most expensive (not ranked by alleged or proved racism):

Only €1,000.00 will get you this mint condition 2014 limited edition gold vinyl from Nuclear Blast. Seems like a good deal! They’ve only had unsuccessful accusations of racism levelled at them, hence the low price tag.

Pretty legit, the original pressing from Deathlike Silence Productions, but the sleeve looks pretty dinged (although the seller says it “has been framed for many years”). But I mean, kvlt points for your “skirting white supremacist” collection, right?

Original 1994 Peaceville pressing of this classic. This one’s kinda cool because you get the “racist oopsie” sleeve! Hence why it’s so expensive.

For only 5 bucks more, you can get yourself some REAL, BONAFIDE racist metal! Because nothing says “don’t tread on my precious white power” like paying $1500 for a record.

Wayyyy up high topping the list is Satyricon’s debut album. Oh dear, this is getting exhausting… these guys have also stirred the foul pot of racist accusations, with a real back-and-forth on the internet about it – but even more stomach-churning than that is paying over $8,000 for this record.

So there you have it – music’s most controversial genre has records so expensive they will appease even the most discerning of American Dreamers. When Tom Hanks’ son goes through his Black Metal phase and really wants to upset his parents, hopefully he finds this article.