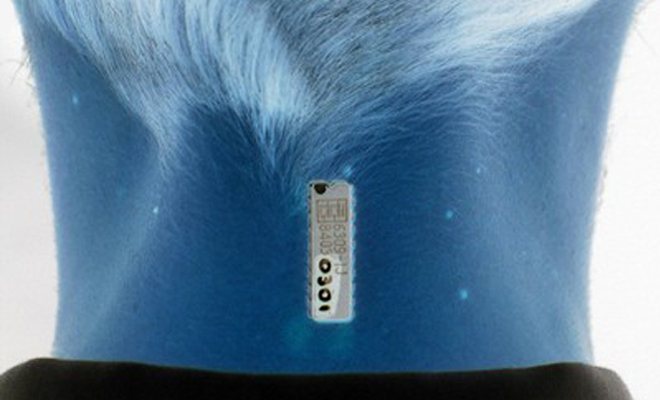 Got more debt than you can handle? Don’t feel like going to jail? Hate the society you were born into? If yes was your answer to any of these questions, the odds are good that you’ve already considered disappearing, just getting lost and nowhere to be found. In fact, there’s a lot of people who’d love nothing more than to just vanish and never be heard of again. Some even begin preparations, but sooner or later one questions stops them in their track: is it even at all possible to completely disappear in the world we live in today, with GPS chips in our passports, traffic cams with face recognition capabilities, and international agreements? Of course it is, however it comes at a much bigger price than it used to. Back in the days when there was no global information network, or no planes, a person could vanish from the face of the Earth within a day or two, and all they had to do was jump out of a moving train and keep running. Our current technologically-advanced surveillance systems make it harder, but anything’s possible for a truly desperate individual. Here are some tips on how to get started:

1. Tell no-one. Certainly belonging at #1, secrecy will play a vital part in your disappearance. In essence, the less people who know about your plans to get lost – the bigger the chance of success. Ideally, you shouldn’t tell anyone, not your mother, not your boss, not your significant other. You have to account for the fact that when you go through with it, sooner or later people are going to start looking for you. Do not give them any indication of what your plans are. “Do you know where they might have gone” is one of the first questions your relatives and colleagues will be asked, and at least one of them is bound to break at some point. Remember – these people are all the weakest link. Secrecy is also the reason why faking your own death is not a good idea – at least one person would have to help you out with that, and that’s just too much of a risk. 2. Get cosmetic surgery on your face and body. If you really want to be invisible, you must consider getting a new look that’s more permanent than makeup. In fact, the more extreme the surgery, the better the chance that nobody will recognize you without proper investigation. Get rid of everything that can be used not only to identify you, but even to point someone in the right direction. Got a scar on your cheek? Remove it. Mole on your forehead that was your sexual bane in college? Laser it out. Basically, you want to look like somebody completely different. You should even consider changing your skin tone and race-specific details of your face. The main rule here is that everything that can be associated with your current persona has to go. Don’t let someone ruin your escape just because you have a birthmark that gives you away.

3. Burn all legal and state-issued documents. This goes without saying, and that’s exactly why it has to be said. You need to get rid of everything that gives any information about you, or your possible whereabouts. Fire is the best way to get rid of paper and plastic documents. For example, if you have a lake house you use to strangle children at, you need to burn the deed to that house, because you might want to use it during your escape, and when law enforcement finds documents linking you to it, it’s the first place they’re going to look. Get rid of your ID, driver’s license, passport – everything that has a picture of you and your name on it. 4. Decide where you want to go. As simple as this may seem, it’s actually a very limited choice. There are some places in the world that will be safer for a runner, and some less safe locations where you’d be putting yourself at risk. Choose a country that has very little or no connection to your country of origin, preferably one in a different culture. For example, if you’re American or Canadian, you’d be better off going to a place where English is rarely spoken – the harder it is for the ones looking for you to communicate there, the better. As part of this process learn the language of the country of your destination, and get accent coaching. You need to be able to blend in with the rest of the people there, and nothing links to a runner like bad accent. Another thing you must keep in mind is that there are two theories on where it’s the hardest to find someone. The first is that it’s the middle of nowhere – a cabin in the Siberian woods, or a hut somewhere on the Pacific islands. The other is that places with the highest population density, like Tokyo or Hong Kong are best for getting lost in. Your destination shouldn’t be too technologically advanced, so in the light of these suggestions, Siberia really seems like a good choice.

5. Get a new identity. If you get pulled over or screened for whatever reason, and you have no ID on you – you’re in trouble, because no matter where you are in the world, you must be able to identify yourself to law enforcers, even if just to make them walk away. You need a good ID card or booklet, and it should be proof of your citizenship of your destination country, preferably one that is filled out by hand and doesn’t have any tracking devices in it. You’ll also need it to get a job when you finally get to where you want to go – let’s face it, nobody’s going to live the hunter-gatherer lifestyle without rising suspicion. 6. Get rid of all electronic devices. Every single thing you own that connects to any network can be used to track you. Yes, even your beloved iPhone, the one you can’t live without – toss it. You will most likely never again be able to use consumer electronics other than a stereo. Think of it this way: you’ve done everything in the previous steps, got to your place of destination, and feeling safe there, you bought a phone that can read your fingerprint. Even if you went for a Bill Clinton face, they’ll find you because of that phone. You really think those fingerprint scans just stay in the phone and don’t get uploaded anywhere? Think again.

7. Learn to rely on cash only. Credit and debit cards are traceable, so are wire transfers and Internet transactions. You won’t be able to use any of these things again, even with your new identity. Remember that a false citizenship might only be good for getting a job at a lumber mill somewhere in the depths of Asia, and not much else. Having a bank account is also not an option. Remember that you’ll most likely need enough cash to bribe many people on your way. 8. Jump the border. Avoid public transportation at all costs. People can get very creative with border jumping, but you can’t do it with others – they might point you out to somebody, especially if you’re not part of their group. Using large vehicles isn’t a good idea, because they’re easy to hear and see, even more so for border patrols with nightvision and whatnot. You might have to cross the border on foot, and in a place that’s virtually unreachable for ground vehicles, like a mountain or river. It’s essential that you leave your country of origin within 48 hours of not coming home, or not showing up for you fat cousin’s birthday party. It usually takes people up to two days to decide that someone is really missing, rather than just fucking around. From this point on you’re completely on your own – do not slow down or stay in one place for longer than one night, avoid answering questions like “where ya headed, stranger?”. Act casual – keeping to yourself too much also causes unwelcome interest.

9. Keep a low profile. Blending in with the crowd is your priority, no matter whether you’ve chosen to go to a highly populated place, or a desert. Become just like everybody there, avoid attracting attention with clothing and behavior, and above all do not attempt to find out if anyone is looking for you back home. The second you do something like that,  you’re entire plan is in jeopardy. All communication is traceable, even if it’s a one time only google search. It also goes without saying, that you can’t be a witness or suspect in any investigation, trial, or take part in anything run by the government of the place you’re at. If they check your fingerprints or run a tissue sample through the system and it doesn’t match the identity you have – it’s over. 10. Relax. But not until you’ve lived somewhere for at least five years. If nobody comes looking for you for five years – you most likely made it, and they won’t ever look for you again.

It’s true that disappearing in our modern world is almost impossible, but it’s not because it’s so difficult technically. The real difficulty lays in conformity and how used we are to having easy, convenient lives. Not many people if the Western cultures have the guts to completely reject the gadgets we so love and that we think are so useful. If you’re on the run, though… All the tech you need is some really good shoes and a survival kit. Good luck!

In this article:how to disappear, runner