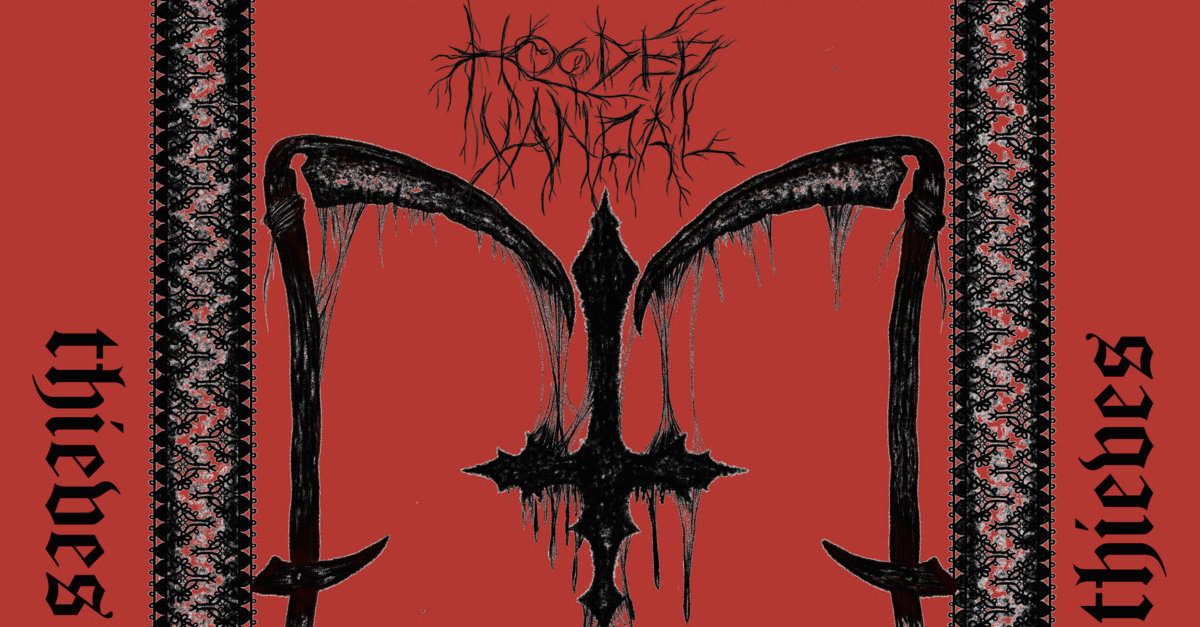 Featured below is an interview with Canada’s hooded vandal, a raw industrial black metal act with ripping riffage and pummeling beats.

AA: I’ll start by saying congratulations on your first physical release under the hooded vandal moniker. Has a solo black metal project always been a goal of yours, or is this project a more spontaneous outlet for artistry?

VM: First, thanks for taking an interest in this project! CVLT Nation is held in high regard for me, so I’m honoured.

I’ve wanted to branch out more for a while now but it was always put off. The pandemic forced my hand a little. I took music production classes almost 10 years ago (holy shit) and my other band, SVNEATR, recorded all of our upcoming album ourselves so I pretty much knew how but I needed the time and the motivation to actually start doing it. I started a tape label, Marrow in the Pines, back in October 2020 so I figured doing something now would also push another release for that label.

AA: Thieves displays various stylistic influences. Atmospheric black metal stands out most clearly, but there are industrial beats, mellow ambient passages, and blistering blackened crust riffage. With such an impressive aptitude for blending genres, you must have quite a diverse array of influencing artists. Who would you say has guided your songwriting most, if any?

VM: My other band, SVNEATR, is moving in a direction that is away from a lot of the black metal influence, a lot more polish, a lot more outside influences. I love being a part of that band and doing what we’re doing but I also love dirty, raw, black metal.

hooded vandal came from an idea to merge black metal with noise/electronic music. I wouldn’t call myself a huge fan of electronica by any means, but I’ve always thought that there was potential there and lots of new places to explore creatively. As far as influences go for this project, I was sort of kicked in the ass by Lamp of Murmuur, Saidan, Old Nick; these newer bands have taken an old sound and made it their own. I wouldn’t have done things the way I did without Summoning though. Just knowing that I didn’t need to use a traditional drum sound was hugely influential.

Also, perhaps oddly, Ghostmane. I’m not a fan of everything he does, but again his ability to blend black metal and hip-hop/rap is really cool in my opinion. Maybe I’ll do some sampling in the future…

AA: You, VM, are the only listed artist for the release. As the multi-instrumentalist force behind the Hooded Vandal, do you allow the songwriting to be guided by a particular instrument? For example, do you come up with a riff or a martial beat and form the other instruments around that, or does a more complete sound appear to you?

VM: I wrote pretty much all of the guitars first and wrote the other instruments around that but I may switch up that formula in the future. As far as writing goes, I wrote the instrumentation all within GuitarPro and ported them over to Logic where I switched patches and did the producing side of things. The guitar solos were all improvised.

AA: The one-person black metal act has blown up in recent years as the means of music production become more accessible to DIY musicians. Do you have an interest in working with other artists in this underground black metal world? If so, are there any specific acts with whom you would like to release a split?

VM: I’d love the opportunity to work with other artists! Hit me up!

As far as other black metal artists for splits, I’d love to work with Unreqvited, Sadness, Lustre, Tempestarii, NONE, or any of the bands I mentioned earlier. I also think it would be killer to work with a synthwave/dungeon synth/electronic artist to collaborate on a few songs. Hexenkraft, Thegn, or Encloaked would be sick.

AA: One of the themes I noticed during my first few listens through Thieves was anti-colonialism and anti-fascism. There are cries for Indigenous resistance in “behold the knife flash in starless light” and in “achtung nazi schwanzlutscher” (which translates to “attention nazi cocksucker”) you command nazis to follow their leader and put a bullet in their head. While violent imagery is deeply woven into the ever-diversifying fabric of black metal, strong calls for justice are rare. What has inspired you to take such a stand in a genre famous for its often hateful themes?

VM: When we think of black metal, we tend to think of the scene in Norway and one asshole in particular. The goal from the beginning was to be as “evil” as possible. And when you’re young and getting into this genre, the sort of mystical and insane personalities of these artists can be very attractive. It’s alluring, it’s exciting, and it’s “dangerous” (as they like to say).

And it still is to an extent, but it’s fantasy. I think most fans of the genre are not racist or fascist, but they buy into this character and idolize these mythical figures as “brothers.” The artists themselves take on this idealistic posturing, even if they don’t actively participate in nazism or fascism, calling themselves anti-politics or whatever. In my earliest days of being an active musician and a black metal fan, I did this as well – but it’s ridiculous and fake.

We’re a group of weirdo misfits and many of us (myself included) can have mental health issues, depression, anxiety, etc. If you’re isolated or alone, it can be easy to find a home in fascism. It’s what they prey on.

My only goal when it comes to the subject matter of the lyrics is to speak from the heart and provide an alternative. Being true to myself and keeping that powerful, violent aggression that black metal is known for, but turning it on its head. It isn’t about Satan, it isn’t about white power nonsense – it’s about the real world, which can be cruel and abhorrent on its own merit.

I am not Indigenous and cannot speak for Indigenous people. It seems to me that the solutions offered to Indigenous people are always and have always been about assimilation and genocide. I am Canadian, and things are not always as nice as they seem.

AA: Tell me about the recording process. Was the whole release completed in just a short period or was this the effort of many sessions?

VM: Probably about 2-3 weeks of recording and mixing. Just a microphone, a guitar, and an interface.

AA: Here’s the general inspiration question. Were there any particular events that led you to compose and record Thieves? Or is Thieves the culmination of past emotions and artistic desires coming to fruition?

VM: thieves was written and recorded in a period of about 2 months. I was very depressed. My other music projects had stalled and I was frustrated. Music is therapy, and for a long time, I couldn’t rehearse with my band, couldn’t do shows or go to shows, and I couldn’t write anything that mattered. I really just needed it. I was unemployed, recently fired because I couldn’t focus on my job; I had money issues, the family had health issues. There was a lot going on at the time. thieves was a cathartic release. It’s also why I didn’t really focus on promo or anything like that. Not only because I had a great deal of self-doubt but because I just needed it out there. 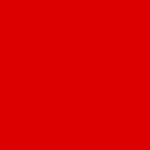