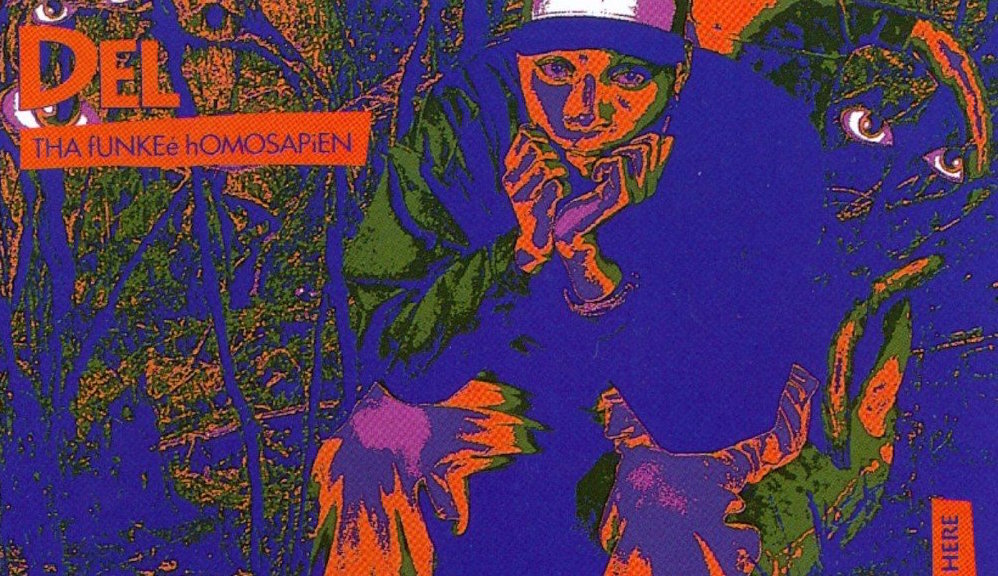 Today is the day we give Del the Funky Homosapien his roses because he’s one of Hip-Hop’s greatest MCs and Producers. This superhuman creative being and his Hiero crew changed the face of West Coast Hip Hop as we know it! I met Del around 89 or 90, and from the first time I met him, I knew he was special. I like to say he was our Jimi Hendrix because he always had an open mind and loves the art more than the fame. He never wanted to take from hip hop, but he wanted to give back while at the same time watching his friends excel. I Wish My Brother George Was Here was his first album, and it was full of awesome vibes – I remember walking around Berkeley with it bumping in my headphones. His singles were cool, but I love the songs like “Sunny Meadowz,” “Ahonetwo, Ahonetwo,” and “Hoodz Come in Doze.” His second album, No Need for Alarm, was underground AF and was created for the heads. He has a way of being funky without sounding contrived, plus he can drop knowledge without being preachy. Don’t even get me started on his rhyme skills because he has lyrics for daze! What trips me out about Del is that he is one of those MCs that people who don’t even listen to Hip Hop would know because of his work with groups like the Gorillaz or Deltron (which might be my favorite record he was ever a part of!). I really believe that without him and Hiero, there would be no N.E.R.D. or Odd Future because these groups also broke the mold of their time.

Del the Funky Homosapien is a person who is willing to go against the grain when it came to the stereotypes of what society said we had to be as young Black men. As a Black male who has always been an individual, I know it’s not always easy because we catch flack from both sides. Your Black family and friends call you “white boy” and your White friends might say some dumb shit about your Blackness, which they might catch a beat down for. Del let us all say, fuck the haters, it’s cool just to be yourself! Yo homie if you are reading this I love you and have so much respect for everything that you have done for the culture and the Bay Area One Love I hope you can smell your Flowers!

A post shared by DEL THE FUNKY HOMOSAPIEN (@delhiero)

In this article:Del the Funky Homosapien, Featured