Last week, during one of Donald Trump’s trademark unruly rallies, he invoked the name of the right wing’s latest bogeyman: antifa, or “an-teee-fah,” to hear the president pronounce it. It’s a term that has been thrown around with increasing frequency these days, though even seasoned journalists and media pundits have struggled to understand who makes up the current anti-fascist movement and what their motivations are.

With his new book, Antifa: The Anti-Fascist Handbook, Dartmouth professor Mark Bray is hoping to help allay some of the many misconceptions surrounding the modern anti-fascist resistance movement—including the pronunciation of the word itself, which, contra Trump, does not rhyme with “Queen Latifah.”

Antifa—short for anti-fascism—is not a formal organization or a gang; one can’t “join,” and it is most certainly not funded by George Soros. Rather, antifa is a political movement born from European Marxist and anarchist traditions; what distinguishes it from other left-wing factions is its militant opposition to fascism and far-right ideologies and a “by any means necessary” approach. It has existed since the 1920s but has sparked recent mainstream interest thanks to a series of high-profile confrontations between antifa and various far-right groups. In Charlottesville, antifa joined the counter-protest to the Unite the Right rally, and as Cornel West has recounted, stood guard between a group of clergy and the armed white supremacists inside Emancipation Park. At a far-right “No to Marxism in America” rally in Berkeley this past weekend, reports of vicious fights between antifa and allegedly peaceful Trump supporters dominated the discussion around the protest.

Each clash has elevated fears around the rise of violent protest in Trump’s America. As the far-right continues to organize publicly, it’s become a common expectation that antifa will be there to oppose them.

When I called him, Bray was (and still is) in the midst of a whirlwind press tour, the intensity of which seems to have come as something of a surprise to the former Occupy Wall Street organizer and longtime activist. As an anarchist organizer in New York, I’m familiar with a lot of what Bray discusses in the book but still learned quite a lot once I dove in. The book is everywhere (he even landed on NBC’s Meet the Press earlier this month), but as he told me, he has also been dealing with a veritable avalanche of negative feedback—including from his own university.

VICE: As a historian who’s been following this movement for a long time, how do you think Charlottesville has changed the conversation around anti-fascist resistance—and also, how it is going to impact the way antifa themselves organize?


Mark Bray: Obviously, it changes how the far right is understood. I think the term “alt-right” that was intended to present fascist and white supremacist politics in a more kind of middle-class, respectable veneer been seriously tainted, at least for now. Things can always change—that’s why it’s incumbent on us to be vigilant, but for now I think the efficacy of that term has been tainted. On the other side, the conversation about what to do about the far right is part of a larger shift.

Now we’re at the point where, compared to what the Nazis did in Charlottesville, killing someone, there are people marching around with T-shirts that say “punch a Nazi,” and even that is considered much more of a justified and contextually legitimate tactical response to the threat of the far right than we could have ever imagined ten years ago.

In the book, you mention that there’s a lot of literature about dealing with fascism in the UK and in Western Europe, but very little concerning the United States. Over there, people still remember living under that threat. In the States, it’s been a bit more abstract. Now that we’ve seen Nazis and the KKK march through the streets of a small Southern city and murder someone, though, it seems like it’s become harder for people to brush it aside.

That’s entirely correct. We’ve heard comments from Holocaust survivors of how eerie this feels in terms of similarities to their experience. And what you point to is there is a really dangerous sort of historical amnesia that is worse in the US than it is in the Europe, and a really strong, concerted effort to distance eras of historical developments both on the right and on the left—[the idea that] Nazism was definitively defeated in 1945, and the civil rights movement allegedly marked the end of kind of struggles against racism. To me, the anti-fascist argument makes sense if you believe in historical continuity, and you believe that lessons from the past matter, and you see there is no necessary upward trajectory of progress.

A lot of Americans think of it in terms of, Oh, that’s done, you’re being alarmist. It’s just some knuckleheads in the park, and that’s tragically what Charlottesville helped to demonstrate. Something that should have been self-evident to everyone (that was of course self-evident to people of color, and queer and trans people who are facing this kind of brutality both from the state and from far-right groups more regularly) is that we have not surpassed the danger, and it’s always there, whether we see it or not. I still think there’s a barrier that people think there’s a danger in taking white supremacy too seriously, which I can’t understand. If we’re overdoing it in that direction, I’m OK with that. 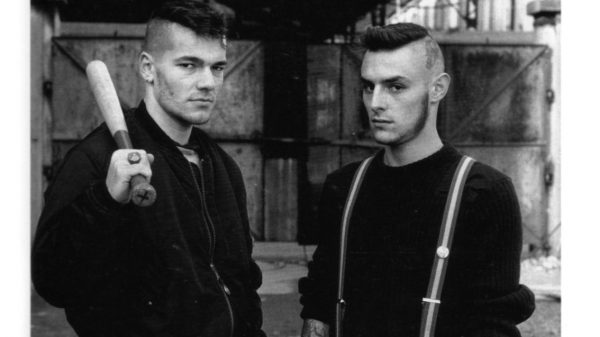