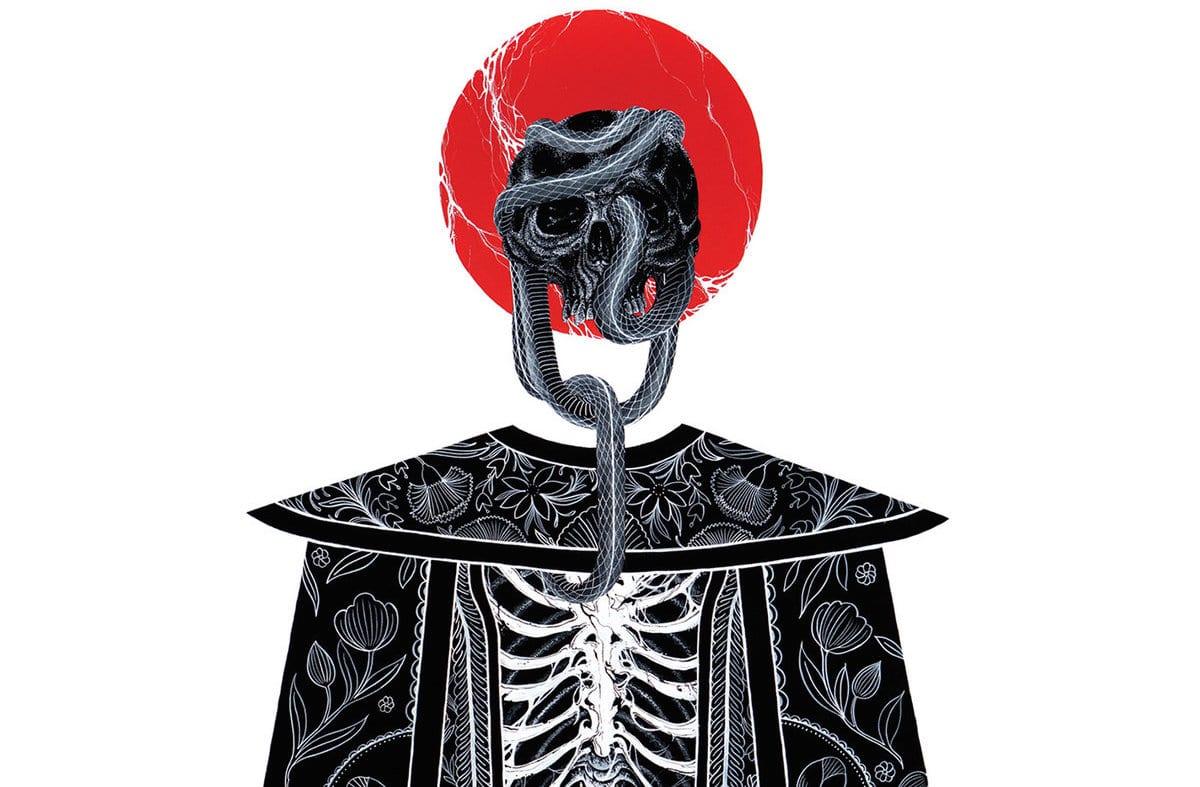 Formed in 2018, Blackened Death Doom band Heretical Sect put out an EP in 2019 that garnered a lot of attention and now, right at the tail-end of 2020, a year that will live in infamy, they have unleashed their first full-length platter. And oh my, what an album it is.

They come blasting right out of the gates with slamming opener “Rising Light of Lunacy,” the track rumbling in like a malfunctioning steam train from Hell. Swirling guitars, thunderous drums, and a belch straight from a hungry demon’s stomach, fills the ears with some heavy, heavy music. It’s melodic, unrelenting, punishing and yet it still breathes. Not once does it feel too crammed or too busy, even though it’s kind of both. “Baptismal Rot and Ash” comes up next, the epic song on the album, over ten minutes long and man, does it bring the gravity and weight to the Doom side of their sound. Crushingly slow and heavy at first, it gears up and rages, fast and furious, the vocals sounding like a dragon strafing a helpless city with bursts of fire. At about four minutes in it takes another shift, still fast, but more galloping, running faster, urgent in its need to kill. Of course we get a return to the slow and swinging, the heavy and the brutal, but always there’s a touch of melody in there, keeping things from getting too dark and giving us something to cling on to. Track number three, “The Depths of Weeping Infinity” starts off fast, stays fast, and is pretty in your face about it. Every now and again it slow and sways like a listless ship caught in a terrible summer storm, but mostly it’s all about punishing your ears.

“Degradation Temple” is much more atmospheric. Not to say it isn’t heavy, but you see them pulling back here, the track almost reverential in its tone. It’s still blasphemous, but it’s awed by the darkness, careful to be respectful. Slow and tortured, it’s a nice change of pace from all the violence that comes before. I love the rattling, humming, warm and deep bass that starts “Resurrection Sky.” Man, you can really feel their Southwestern influences here because this one smolders like a smothered campfire, the frightened cowboys sitting around, scared of what waits hidden in the blackness. Pure, dragging dusk, with a slight ceremonial feel in those beating drums. “Ritual Inversion” closes things out and it brings things full circle, the Blackened Doom carrying the day once again. This is the sound of the condemned being dragged over jagged rocks by the hair to their crucifixion. There is no mercy here. Gotta respect the slam to this one, the stomp and savagery is simple and hateful, in all the right ways.

Heretical Sect have released quite a good album. I’d say this should make some Best of the Year lists, but since it’s coming on so late, most won’t discover it until next year. Well, whenever you get to it, you’ll be pleased. This one keeps pretty firm to the tried-and-true traditions of this subgenre, and yet they still branch out and do some little things here and there to make it all unique. This is a band to keep an eye on. They will haunt you.