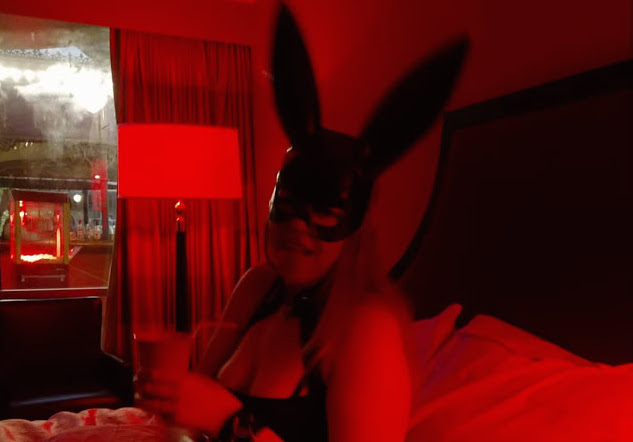 What better way to celebrate a pagan fertility holiday than the south east’s largest fetish convention . Atlanta’s Frolicon pulls people from all over the east coast as I had friends coming in from as far as New York. The party started on Wednesday as people checked into their rooms. I waited til Thursday afternoon to pick up my badge. As the head Dungeon Monitor the first order of business was talking to the guys from Sadistic Engineering to see if anything changed from previous years. The dungeon doubled in square footage , but nothing out of the ordinary when it came to equipment. Thursday night play party was much busier than years past. Someone did a mummification scene and needle play seemed to be on the rise. 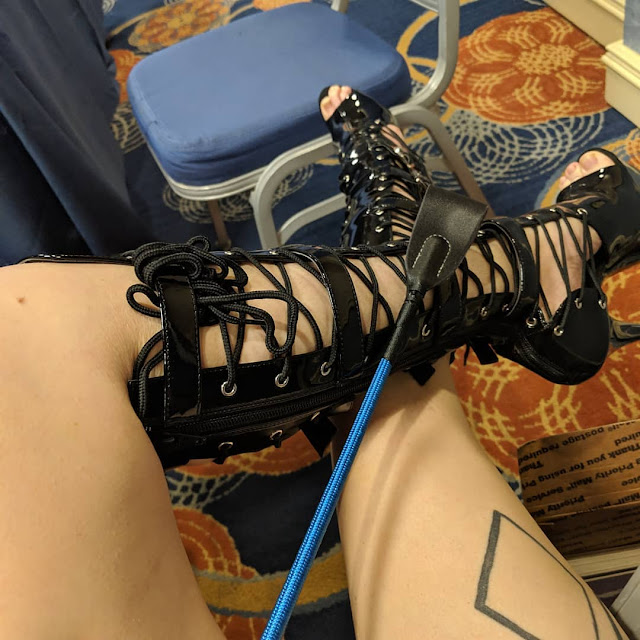 The first party I worked on Friday was “the Photo Op” party. Staff photographers were on hand to take pictures of people in the dungeon. The best scene was a saran wrap suspension inside of the domed jungle gym. After this I was on a panel I was on called “Black , Blue and something new”. This was a kink 101 explaining how to meet people when you are new in the scene. First the moderator asked what got us into kink. I explained how as a kid I liked seeing see Wonder Woman tied up . This lead into the teen years where most of the bands I was into wore studded leather and had girls caged in the videos. 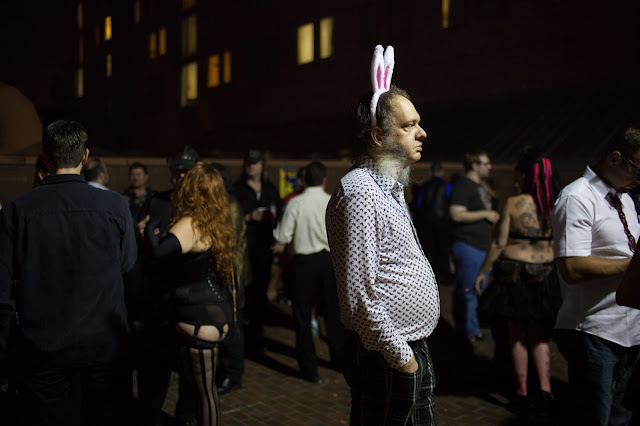 During this panel a“kink educator” next to me balked when I brought up protocol , They said “ That will scare away new people. You do not need to ask people about diseases or really anything, as long there is consent,”. This made me wonder what the hell are we teaching new people. Sure for pick up play they do not need to fill out a bunch of paperwork, but I think knowing if they have any pre existing injuries or conditions is important. Perhaps if you act you are dusting the furniture when you use a flogger it doesn’t matter. Saying protocol scares away new people, is like saying kids should not do homework, because it makes them dislike school. The thing about life is you get out of it whatever you put into it. Choose to half ass things and you get half ass results. Is this the kind of precedent we want to set for new people ? 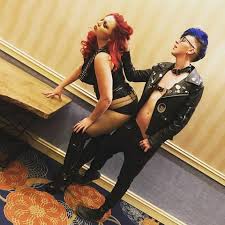 The last ten or twenty mins of this panel we split into little groups based off of the kinks posted on the wall to practice meeting new people . I went to the sign for paddling and the four other people there were all in their first year or so of kink ,which considering the nature of the panel was not surprising.Then I grabbed a coffee and went to a panel called “Apothekinky” about using various herbs to make slaves for play to do anything from reduce bruising to enhancing sensation. Leaving this panel I returned to dungeon . I met the new owners of a local kink club called 1763. In the past I avoided this place . There seemed to be more posturing and people trying to get laid , almost like a swingers club with a side order of kink. I was happy this couple seemed genuine and the wife who is a psycho therapist seemed interested in my therapeutic bdsm concept. The Friday night party was very busy, yet nothing went beyond the creative bounds of your typical stingy and thuddy. 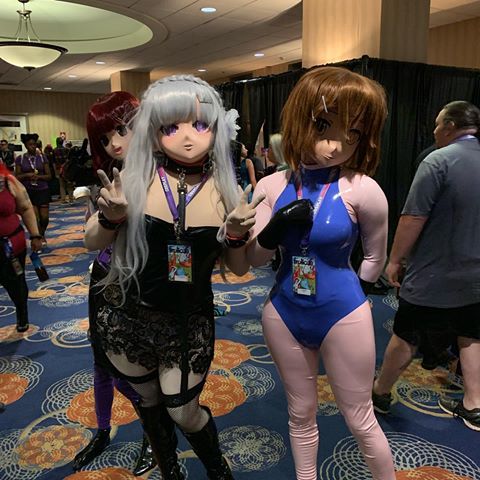 Saturday was my 11 hour day in the dungeon. First was the queer energy party. For an early morning party it had impressive attendance. There was also a cool scene where someone dressed up as a priest and spanked their partner with a cross, which I thought “I am totally stealing this” Last year for this one I caught people at the door and asked how they identified. This year I took a less heavy handed approach and stated what party it was. If they were obviously straight I simply repeated this and most said “Oh ok, well that is not for me, I’ll come back later” . The “males on male” party followed. In the past this one had been more overtly sexual , putting me one condom patrol. It seemed like more serious play this year with a side of sex.

The girls who like to watch guy on guy party came next. I got to DJ this one as their was no set music, it took a darker turn than most the weekend’s music with my mix of Frontline Assembly, Health, Strvngers, Nine Inch Nails, KMFDM and Morrissey which I used to signal after care/ pack up your toys. This party is normally the one I do pick up play of some kind. This year not so much as I knew both of the guys I did scenes with. The first being a friend I did one with last year and the other a photographer friend I have know for several years from doing this Convention. He has been more of a voyeur, but his curiosity go the best of him and he wanted to give it a shot. He asked me to cane him. Since he had no experience with impact play, I told him a better idea might be for me to bring a variety of instruments. This way he could decide what he liked best. My first friend had already done a scene previously and I had more heavy duty toys than last year so it went quicker than last year thanks to the paddle. He tapped out quicker this year. The “impact sample” scene , was more introductory and he kept his jeans on. He ended up liking the flogger the best . Both the paddle and iPhone cord made him jump off the bench, giving me my sadistic fix. 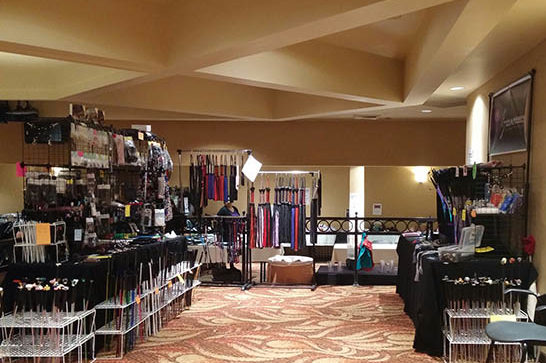 I took a break and returned to the last party 1763 was hosting . Like most conventions parties outside of the dungeon go until sunrise, but my days of that sort of thing have been gone for sometime now. I tend to get the hell out before it ever comes to that. It seemed like there was a great deal of new blood some more pedestrian than others. Perhaps this year the energy was not as intense as I think there was more cathartic tension released last year , where this year people having eased back into the more routine aspect of their lives making this year more curious and exploratory . It left me a little sad having to wait another year, so the cure seems to be making more of an effort to get to other kink conventions this year.