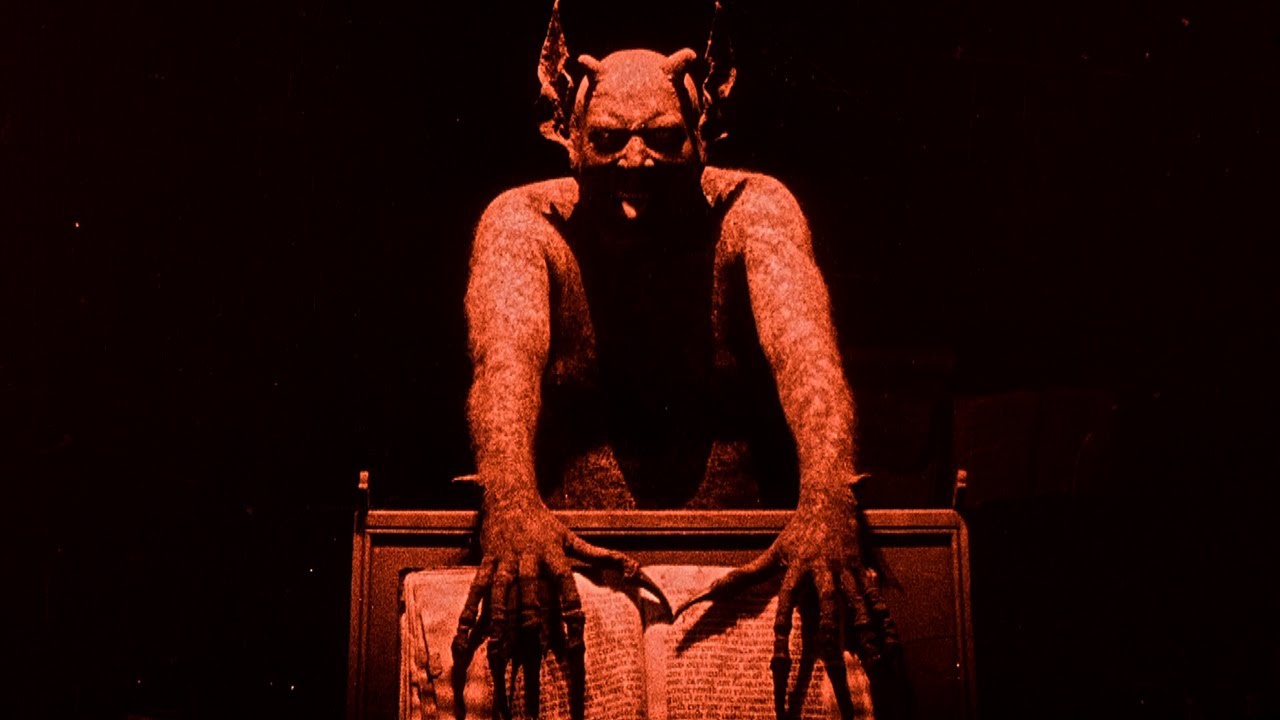 When you talk about witchcraft on screen, you can basically go as far as the beginning of filmmaking to find the first sources. Even before documentaries on the Wicca movement and witches as a popular villain, there was a mute film called Häxan, thanks to danish filmmaker Benjamin Christensen. The movie, released in 1922, was based upon the German book Malleus Maleficarum, relating witch hunting during the Inquisition in Europe. You might have seen a particular image of the movie on websites like 9gag or 4chan, not the most remarkable one might I add, but just a print/screen of the ending with the word “slut” subtitled “the end” (slut meaning “the end” in Danish, obviously).

Anyhow, the movie is great, the costumes and the special effects are great for a film made in the 20’s, and honestly it can still be creepy as hell, look at this impersonation of the devil (by the director himself). There are three known versions of the movie to this date, and the one we are showing today was released on DVD in 2011 (along with the two other versions). This is a colored version of the flick with some extended scenes that put the product up to 104 minutes, when the original one was only 87 minutes. Also the score – performed by Matti Bye – is different than the original one.

It might not seem so crazy to you, but at the time of its release it was banned in the US, and despite the overused theme of evil/witchcraft/occult in the cinematic industry today, it’s sometimes good to see where it all began.