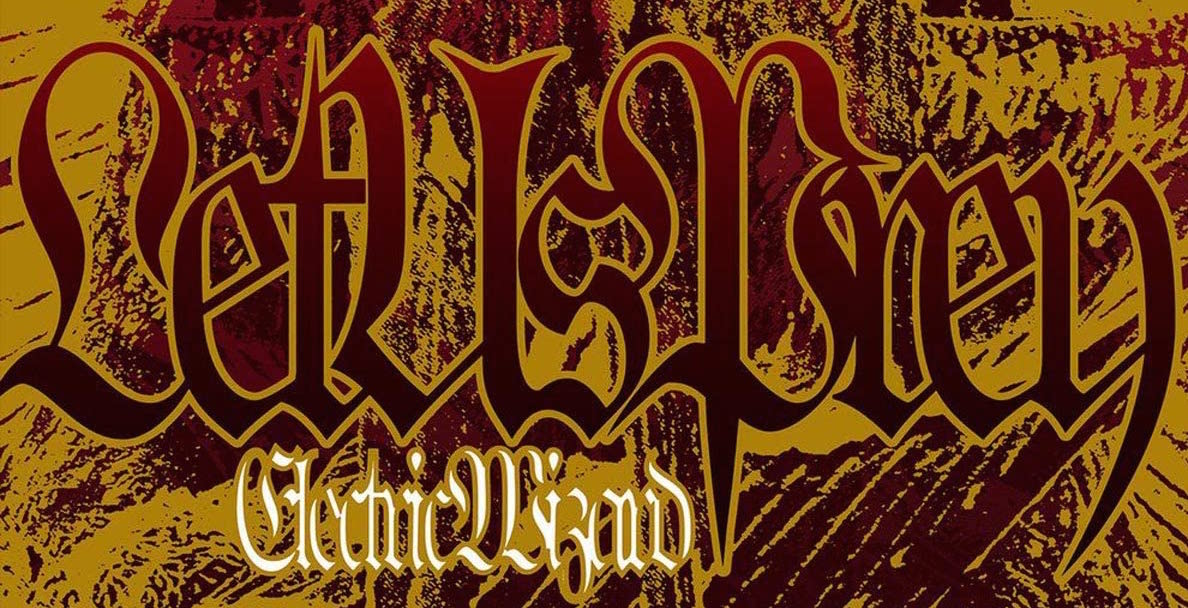 With Dopethrone turning 20, it feels like a good time to explore the rest of the Electric Wizard records to see how their particular brand of monolithic horror-doom has developed. Today we cast an eye over the trippy, dramatic Let Us Prey.

With Dopethrone as a crown jewel in their career, EW cast their eye to a more experimental, moody style. Over the years they’d managed to create a sound that dealt with tones and textures through a blistering command of riffs and sheer volume, and now they were a little more focussed on creating destructive music with more of a cerebral edge.

… A Chosen Few features a lot more definition on the punishing main riff; everything is clearer and better-balanced, and the edge between the background wailing and the powerful blues metal is distinct. This is followed by We, The Undead, which features a commanding, driving wail as the central focus, interwoven with psych passages. The Mammoth Master of Alchemy is more of a sprawl and takes a little longer to explore some more ideas. They cut straight in after a brief an ominous build intro, which escalates dramatically, hissing and spitting as it rises up from the morass. This is where they sound the most like Dopethrone; for all the new ideas they really do sound like they could fall apart into a horrible noise wall at any given moment.

The outsider, another longer cut, has a similar chaotic vibe but with the guitars a little more prominent and chaotic, less focussed and more a spiral of churning noise. Elsewhere, Night of the Shape opens with some xylophone-esque keyboard notes, a very sudden departure. Although the tracks builds with similar themes and techniques, the drum playing a loose, busy rhythm and the guitars moaning through dense psych textures, they use these methods to conjure a much creepier tone than before.

Priestess of Mars, the longest cut on the album, is more in keeping with their earlier material, culminating in a ghostly refrain of “my priestess of Mars.” This leads into the much weirder Mother of Serpents, featuring a very prominent riff using a different timbre, much higher-pitched and with a focus on tremolo picking. This concluding piece cements the record as a spectacularly weird experiment, distinct from everything they’ve tried before, conjuring a much more diverse selection of moods and textures by way of a wider selection of techniques.

It’s not hard to see why so many rate Dopethrone as the highest of their efforts, and the contrast is very marked here; there’s a big difference between them moving towards a devastatingly heavy mix of thunderous metal and dark, swampy psych, and introducing new elements and ideas, and Prey sounds more muddled in places. Where Prey works best is on the fringes – using their new ideas to reach new frontiers, like the leftfield of Night of the Shape. Ultimately, they retain their own sound on the record, anchoring themselves to their established style.

Prey benefits from a re-listen in context, and stands up as an excellent release from a band who’ve made their mark and were now starting to deviate from the norm.

In this article:ELECTRIC WIZARD, Featured