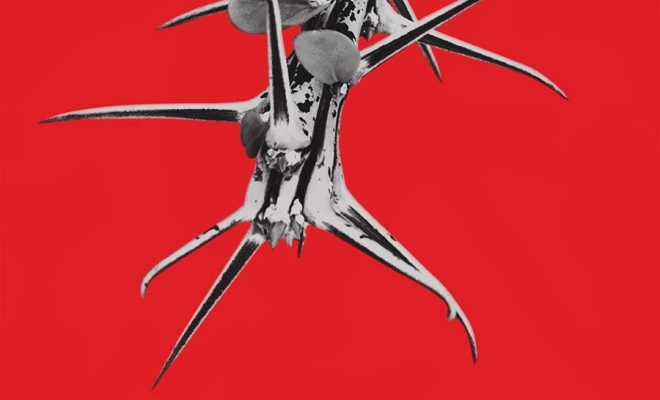 Drone doom has a history of pioneering bands drastically changing the concepts and pre-supposed definitions of it, and that includes both well-known acts such as Earth and more obscure ones like They Yearn For What They Fear. There is a refreshing element in almost all bands in that cycle that isn’t there, among likes of the so-called post-metal scene. It’s staggering because one would have expected a minimal outlook to have had the opposite effect of castrating every possibility of novelty, but here every act turns out to possess threshold of its own, a mood of its own, or even a way of evaporating the mood of its own. And that goes for GOG, too.

If Om encompass Tibetan grooves, eastern riffs, and religious concepts; and if Bong incorporate space rock with ancient matters in hand, then GOG must be remembered for their blend of lo-fi noise, black metal, and Kafkaesque imagery. The self-titled album works that out as marvelously as possible. Their soundscapes are rotten, their sense of emotion both gone and present, and their look into the future neither optimistic nor pessimistic. GOG is a one-man project — featuring Mike Bjella of Unruh and Wellington on all duties except drums — true, but the soul of each instrument stands out as divergent as lost from the suffering body of their architect. This is quite a fine demonstration of T.S. Eliot’s modernist notion of depersonalization being practiced in a postmodern framework. So how does that work? Eliot’s ideal was that a true artist and/or poet’s mind must be detached from what he creates, as opposed to what a Romantic might believed. With GOG also — while not thoroughly — we observe that at various points. The main reason that made me label them earlier as a drone doom band — and not a post-metal band — was that with GOG; just like with Old Man Gloom, Gnaw Their Tongues or They Yearn For What They Fear, we have the transition principle; what the listener might even not take note of it because of its skillful utilization. The transitions are noisy intervals disguised as anything but intervals. The track ‘Before You Go We’d Love To Tear You To Fucking Pieces’ is fulfilled with them; where apart from the intro and outro, both of which take to be lengthier than usual, the rest of the song also is interconnected through the transitions; in fact, if one takes out the line referring to the background noise — as this is a one-man band, I presume it’s been also overdubbed at least twice — the whole song will collapse. That factor was what made me interested in writing about GOG, because I usually avoid post-metal/rock, for being solely a sentimental trend, and nothing more.

The record has been said to tell us a story “of transformation”. It is of course a short story, hitting around 36 minutes; but so was Kafka’s “The Metamorphosis”. “Transformation at its best is invisible, stories of people evolving into something better or degenerating into something worse.” says the info on my promo’s back cover to GOG’s selftitled release. The question is what could make one claim either of those? Academics have their way of simplifying everything for their own benefit, and they sure as hell have done a magnificent job with Kafka. “The Metamorphosis” is literally reduced to the naive saying that the transformation symbolizes an artist’s alienation from society because of his different opinions and so that because today everyone can say what they want, there is no such thing anymore, hallelujah, end of the story — quite obvious why Kafka tried to get rid of his works himself, isn’t it? Just in case; I’m not going to talk “The Metamorphosis” and what it means if it isn’t what the academics say it is, for if you expect me to tell you such thing as what that means, it suggests there’s something fundamentally wrong in the first place. As for GOG, the transition principle connects the hidden dots between their sound and concept fairly well. The songs themselves, in addition to their production, are immensely blurred; and that makes it possible for the sonic transformation to function properly. The final output the listener experiences would be counted as parallel to that of what someone would have eavesdropped standing outside three rehearsal rooms of Disembowelment, Neurosis, and Throbbing Gristle, respectively, and at once. The gloom, the despair, and the apathy are to be manifested, and received by the listener simultaneously when the GOG record starts playing.

Pre-order the record (on vinyl) here.

Check out the opener; ‘The Lies, They Want To Give You Something’: